Vicky Piria is a formula racer who is participating in the 2021 W Series. Photo Source: Vicky Piria's Instagram.

Vicky Piria, born Vittoria Piria, is a well-known formula racer in the sports industry. She has been karting since the age of eight. The athlete began participating in the tournaments after few years of practice. Additionally, she is best known for her speeding and over-taking techniques on the race track.

The sportswoman has appeared in 109 races as of July 2021. She got much recognition after participating in the formula car races. Furthermore, the race car driver's racing skills also earned her a position as the female driving instructor of Ferrari. Thus, she gradually made the progression to the 2019 W Series.

So, let's go through the biography of Vicky Piria and learn more about her.

The racer was born on November 11, 1993, in Milan, Italy. She comes from a mixed heritage, with her parents being Italian and English. Moreover, Vicky Piria's mother, Daniella Piria, is a British teacher who moved to Italy at the age of 27. Likewise, Piria's father, Piero Piria, works for an engine company. He is also the major influence behind the athlete's career.

Vicky Piria's brothers, G. Allesandro Piria and Paolo Piria, are not involved in sports racing as her. The former is also married to a photographer Anisa. 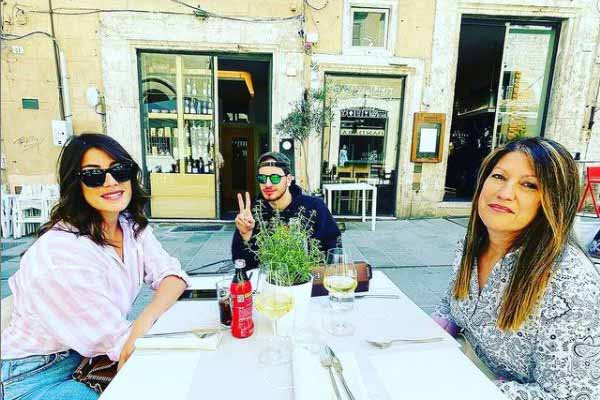 The race car driver was a tomboy when she was young. She preferred to play with boys and get dirty in the garden than dolls. Moreover, young Vicky got her first kart at the age of eight. Initially, she only practiced so she could become better than her brother. But, later on, the kart rider fell in love with the sports and participated in the local tournaments.

The sportswoman completed her formal education in her hometown. She then enrolled in the university to major in Media Studies. However, the athlete quit her studies mid-way to participate in the racing matches.

Sports Career As A Racer

Aforementioned, Vicky Piria began her career by karting at a young age. She participated in many local races in Italy before eventually moving up to KF3. Moreover, the racer joined Gandolfi Ennio Racing for her match at the 2008 Italian Open Maters, where she placed 22nd.

The sportsperson also appeared in Formula Abarth Italian Series in 2010 and 2011. She initially raced with Tomcat Racing but later changed to Prema Powerteam. Additionally, Vicky's best result was in 2011 Campionato Italiano Formula ACI-CSAI Abarth. She ranked fifteenth after participating in fourteen races overall.

Since then, Vicky Piria has appeared in numerous races. Some of them, along with her position, team, and car used, are listed below:

The formula racer has also appeared in GP3 Series, European F3 Open, and Pro Mazda consecutively, as mentioned above in the statistics. Afterward, she left the racing scene and became a Ferrari driving instructor in 2015. She made her comeback in the track after being drafted at the 2019 W Series.

The W Series was organized in 2019 to help uplift the status of female race car drivers in the racing world. It is also supported by Formula-One racing which further increases the probability of women's participation in it. Alongside Vicky Piria, famous racers such as Marta Garcia, Jessica Hawkins, Miki Koyama, etc., joined the competition.

The Italian race car driver ranked within the top ten at the 2019 W Series Assen. She was also the only Italian driver to be selected for the championship match. Furthermore, the racer competed in multiple races with other nineteen players in the series. She completed the tournament at the ninth position.

British racer Jamie Chadwick eventually won the series and received a trophy. Beitske Visser followed her as a runner-up and Alice Powell in the third position. 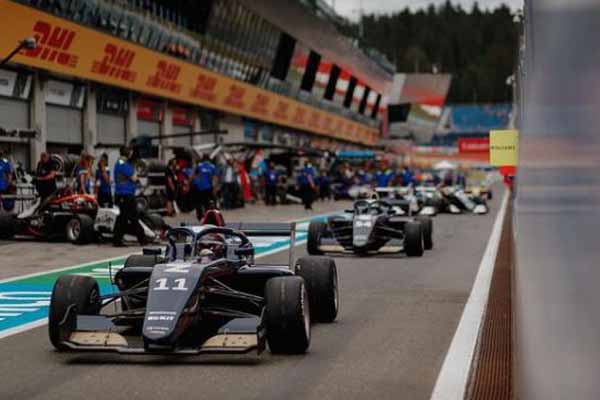 The success of the first W Series guaranteed a second season in 2020. But, unfortunately, it was canceled by the organizers due to the Covid-19 pandemic. However, it returned in 2021 in a new format and structure than the last time. New drivers such as Abbie Eaton, Nerea Marti, Belen Garcia, etc., are participating in the series.

The first round of the 2021 W Series was launched on June 26, 2021, in Spielberg, Austria. In the match, Vicky had a great pace initially and reached the top ten by overtaking. But a race incident slowed her down, and she finished in the seventeenth position. Furthermore, the first round was won by Alice Powell, with Sarah Moore and Fabienne Wohlwend following behind.

The second match was on July 3, 2021. The formula racer had a significant improvement from the last time in her match. She climbed up to the fifteenth rank falling short behind Ayla Agren. Moreover, the reigning champion Jamie Chadwick swept the victory with newcomer Irina Sidorkova and last year's fifth-ranked Emma Kimilainen following behind.

Vicky Piria Net Worth And Earnings

The W Series racer has competed in many kart races and formula races in her career. As such, she has attained both wealth and fame over her career years. So, Vicky Piria's net worth mainly comprises her earnings from her racing career. In addition, it includes her prize money, salary, and signing deals. Besides that, the athlete's income also benefits from her YouTube channel, which she owns with her partner.

The 2019 W Series had a $1.5 million prize money fund with $500,000 given to the champion. The runner-up and third position holder also received $250,000 and $120,000, respectively. Moreover, the remaining money was distributed equally to all of the participants at the end. So, if she wins the series, Vicky Piria might get a similar range of prize money.

The former kart racer is known for both her racing skills and beautiful physical features. As such, she is a brand name for many companies. Additionally, Piria is endorsed by Diadora, Maserati Italia, EXGEL Motorsport, Vanz, ASUGA, BlazePod, Polase Sport, Wave Italy, etc. She promotes their products on her social media accounts. 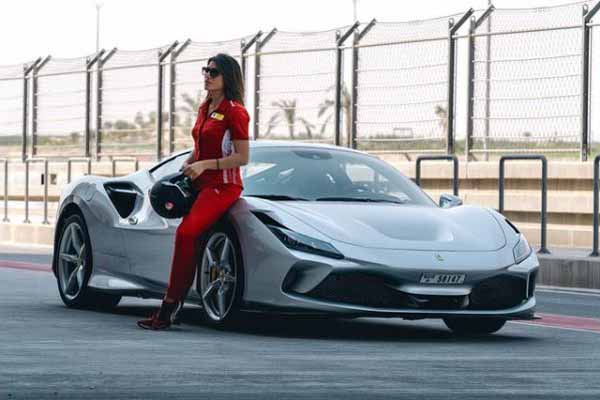 Vicky Piria is also a brand ambassador for 8JS. Her racing helmet is custom-made by Bell Racing. The Spanish artist Pietro Gaini airbrushes them. Moreover, the racer enjoys riding on her bicycle in her free time. Her bike is from Cannondale Bicycles.

Thus, Vicky Piria's net worth must have risen from her multiple brand deals and endorsements and from her career as a racer.

As her fame is rising daily, many people are curious about Vicky Piria's dating status. In her 2019 interview with W Series, the race car driver was enjoying the single life. But, she has revealed her partner on her Instagram account. Moreover, Vicky Piria's boyfriend, Andrea Busnelli, is a graphic designer for Menswear and Sportswear brands.

Busnelli is an entrepreneur and ambassador of Unicef. He also shares a passion for motorsport but hasn't participated in any race. However, the designer has taken some driving lessons from his girlfriend. He has also driven alongside her in his YouTube video.

Additionally, Vicky Piria's boyfriend Andrea Busnelli never misses out on her races and cheers for her. He also supports her fully in her career and even competes with her occasionally. Moreover, the pair isn't hesitant about showing off their love on social media. They also go on many vacations and travels together. 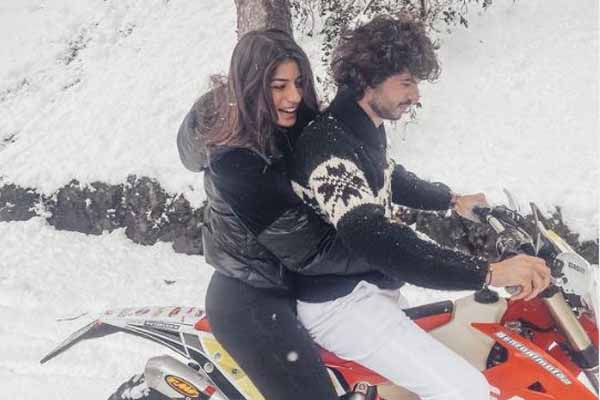 Vicky Piria is currently focused on her upcoming races at the 2021 W Series. Furthermore, she is also determined to win the title and make it into Formula-One racing in the future.