Marta Garcia is a Spanish race car driver and one of the top competitors in the 2021 W Series. Photo Source: Marta Garcia's Instagram.

Marta Garcia, also called Marta Garcia Lopez, is a Spanish race car driver. Despite being younger than most of her competitors, she has proven her racing skills on the track. The athlete has entered forty-two races and won six of them. In addition, she has also recorded the four fastest laps in her racing career.

The sportsperson got her career's biggest win at the 2020 W Series Esports League. Besides that, she has given praiseworthy performances in numerous racing competitions. Furthermore, Garcia is known for her speed and level-headed personality on the match. She has managed to score many victories with her calm demeanor.

So, let's get to know more about Marta Garcia.

The race car driver was born on August 9, 2000, in Gandia, Valencia. She was born into a motorsport-loving family, which also added to her love of racing. Marta Garcia's father, Francisco Garcia, has been a fan of racing for a long time. He used to take her to watch kart racing.

Additionally, Marta Garcia's mother, Paqui Garcia, also shared the same enthusiasm and accompanied the father-daughter pair to watch race championships. Garcia's older sister Esther Garcia also loved the sport but not to the extent of Marta. The latter also chose to study business in contrast to her younger sister. Still, Marta's career is supported by her whole family. 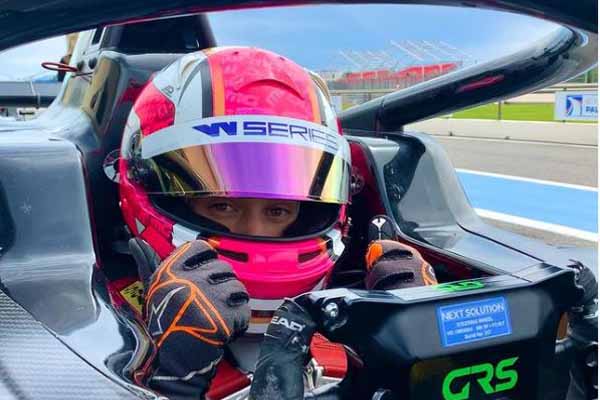 With the support of her family, the sportswoman was admitted to karting school at the age of nine. She also got an opportunity to participate in a competition at the Circuito de Karting Fuente Alamo. The event marked the start of her karting career.

Moreover, the athlete is enrolled at the University Pompeu Fabra to study public relations. As of 2021, she hasn't graduated yet.

The sportswoman began her journey as a kart race driver. Her father, Francisco Garcia, bought her first kart Alvin 64cc jobbie when she was nine years old. Garcia debuted at the 2011 Spanish Championship - Alevin. She performed well for a newcomer by ranking the eighth position. Furthermore, the kart driver improved her skills at the 2012 WSK Final Cup - 60 Mini. She finished in the fourth position. 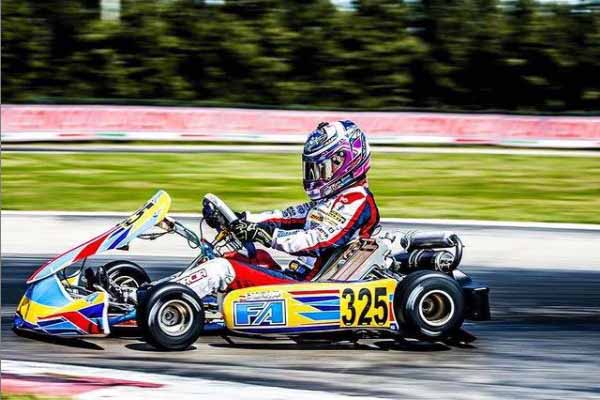 The kart race driver got her first win at the 2015 Trofeo Industrie - KFJ. It is the world's oldest kart race and has formula-one world champions Lewis Hamilton, Fernando Alonso, and Sebastian Vettel as its previous winners. Furthermore, the racer continued her winning streak at the CIK-FIA Karting Academy Trophy. She captured the title with sixty-five points. Afterward, Marta competed on several more karting races and eventually moved to car racing.

Marta Garcia made her debut on formula racing as a formula-four driver. She joined the racing team Drivex to compete at the 2016 F4 Spanish Championship. Her first match bore a satisfactory result with seventy-one points. Moreover, the sportswoman competed in eleven races with her Tatuus F4-T014. She finished the competition in eighth position.

After her formula debut, the racer still competed in many karting championships due to the lack of fundings. Some of her rankings at kart races are listed below:

Afterward, Marta Garcia made her appearance in the 2017 SMP F4 NEZ Championship certified by FIA. But sadly, she could only score 8 points and was in the 17th position. However, Garcia made a solid comeback in the 2017 Spanish Championship. She competed in twenty races with her Tatuus F4-T014. In addition, the race driver ranked in the ninth position.

Marta Garcia became one of the famous female racers by 2019. She was one of the participants at the 2019 W Series. Alongside her, Jamie Chadwick, Beitske Visser, Alice Powell, Jessica Hawkins, Sabre Cook, Miki Koyama, Sarah Moore, Ayla Agren, etc., were also lined up to perform at the championship.

The Spanish racer secured the eleventh position at the 2019 W Series Assen. However, she wasn't satisfied with her sports performance and trained even harder for the championship match. Marta was the underdog in the 2019 W Series against the other notable female drivers. Still, she shocked the world by finishing the game in the fourth position.

The race car driver won the Norisring circuit with one pole position, which totaled up to sixty-six points. Ultimately, British racer Jamie Chadwick won the competition with Beitske Visser as the runner-up and Alice Powell at the third position. Plus, the organizers also distributed a $1.5 million prize fund to its contestants with $500,000 to the champion.

After the 2019 W Series, the Spanish race car driver built up new confidence and participated in the 2020 W Series Esports League. She participated in twenty-seven races and won six of them. In addition, Marta also scored four fastest laps and finished with 371 points. She ranked second and was 68 points short of winning the title from Beitske Visser. 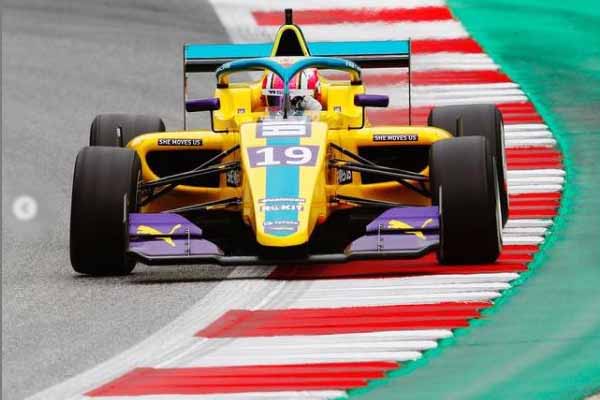 Organizers canceled the 2020 season of the W Series due to the COVID-19 pandemic. So, Marta Garcia is currently training for the 2021 W Series. She is also considered a formidable competitor by other participants. Moreover, the first round was on June 25, 2021, in Spielberg, Austria.

Likewise, the reigning champion Jamie Chadwick's car was also crashed by Jessica Hawkins, resulting in her sixth ranking. The latter was also penalized 30 seconds. Furthermore, the first round was won by Alice Powell, with Sarah Moore and Fabienne Wohlwend following behind.

Still, Marta Garcia is looking forward to improving her score in the upcoming round of the championship. The next race of the 2021 season is going to be held on July 2, 2021.

Marta Garcia Net Worth And Earnings

The sports personality has been able to make her name in the short period of her debut. She has been part of many kart races and formula racing championships. As such, Marta Garcia's net worth mainly comprises her earnings from her racing career. Additionally, she also earns money from sponsorships and brand endorsements.

Besides racing, the driver is also a content creator for DUX Gaming. It is an Esports team that focuses on sports and football clubs. Marta's income also comes from her creative works for the company. In addition, she is also a performance doctor for Keep Fit Doctor. However, the racer has not revealed her income to the public.

Like other athletes, Marta Garcia is also sponsored by different sources. She has signed a deal with PUMA to drive in the 2021 W Series. Moreover, sportswomen's racing apparel is also designed by the brand. Well, her racing car is custom-made by Puma Motorsport. 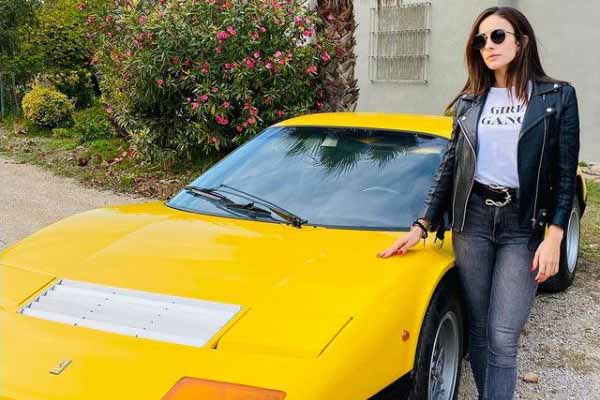 Furthermore, the race driver is also a spokesperson for Garden of Life Spain. She promotes their products on her social media account. In addition, Marta is also endorsed by famous companies such as Egocars, McLaren Barcelona, Fanatec, Hawkers Co, Chanel, etc. In addition, she is a huge car fanatic and owns a yellow Ferrari.

The racer has amassed a fortune from her career and endorsements. Thus, Marta Garcia's net worth might have increased over the years of her career.

Enjoying In A Blissful Relationship

The race driver is currently living a comfortable life with her partner, Kirian Gonzalez. He is a Naval architect and maritime engineer. Additionally, Gonzalez also works as a mechanic for Parolin Racing Kart. The pair has been in a relationship since March 19, 2018.

The couple is active on social media and does not hesitate to show PDAs on their posts. Marta Garcia's boyfriend Kirian Gonzalez supports her career and never misses out on her match. Furthermore, the lovely couple travels to different places together and shares pictures of themselves. 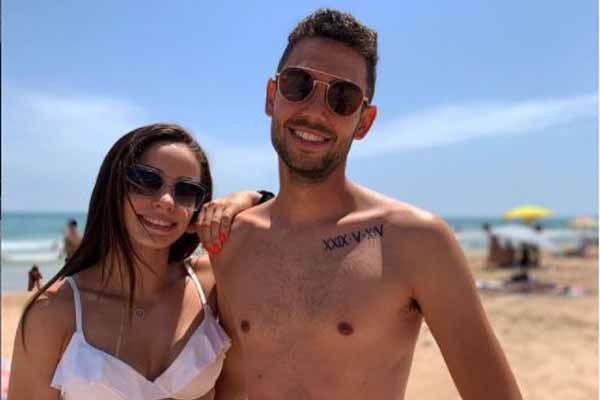 Marta Garcia is currently practicing for her upcoming matches in the 2021 W Series. She is also determined to win the championship title from the reigning champion Jamie Chadwick. Let's hope she won't face any technical issues in the match and finish it in a better position.