Jessica Hawkins is a British race car driver and one of the contestant of the 2021 W Series. Photo Source: Jessica Hawkins's Instagram.

Jessica Hawkins is not a new name in the sports world. She has been a race car driver for nearly a decade. In addition, the athlete scored her first win at the age of ten. Her driving skills and speed have earned the praises of many sports critics and fellow competitors. Moreover, Hawkins has also signed a deal with Aston Martin F1 Team as a driver ambassador.

The sportswoman has participated in numerous championships at both the national and international levels. However, the journey till now has not been easier for her. She has faced many struggles throughout her career, considering fundings and failures. Despite that, Jessica has been the source of inspiration for many young female racers.

So, let's go through Jessica Hawkins's biography and learn more about her.

Jessica Hawkins was born on February 16, 1995, in Milton Keynes. Her father, Mike Hawkins, is a former formula racer. But, the sports athlete didn't know about her father's profession until the age of fifteen. Still, he has been there for her from the initial phase of her career. In addition, Jessica Hawkins's mother, Diane Hawkins, also have supported her journey. 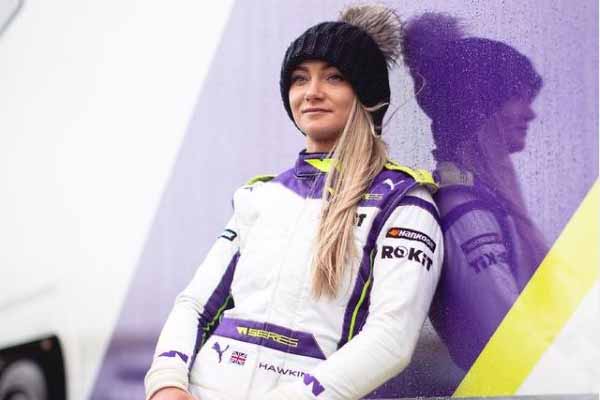 The sportsperson preferred sports over academics in her school days. She was talented in netball, hockey, and football. However, the young Jessica had trouble sharing her racing enthusiasm with her classmates. Despite not having an interest in the study, Jessica Hawkins still completed her school with nine GCSEs. In addition, she also got a BTech in sports, management, coaching, and leadership.

The sports personality saw her first karting competition at the age of eight. She was fascinated by the karts and kept begging her father to learn karting. However, Jessica was deemed too young by the race track organizers. Still, she kept on persuading until she finally got her chance to train a few months later. Since then, the athlete has always strived for racing.

The young racer got her first win at the 2005 Daytona Kart Racing Club-Open Cadet. Moreover, two years later, Hawkins earned her biggest karting win at the age of twelve. She secured first place at the British Regional Championship Buckmore Park Cadet with her kart Zip Storm. In addition, the young kart racer received sponsor by Pomepure, which enabled her to move forward in her career. 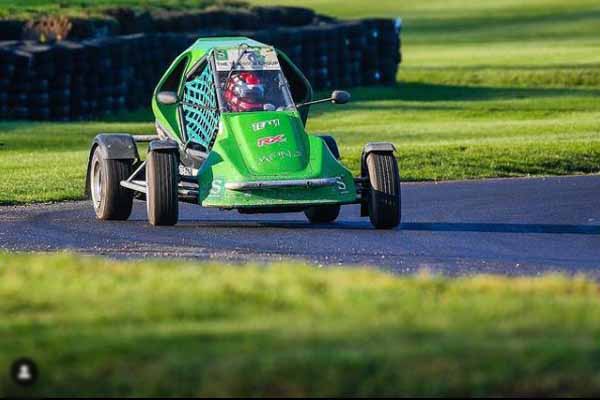 The kart racer continued her winning streak at the 2008 British Open Championship - Honda Cadet. Again, she ranked first and got more recognition as a skilled racer. After that, Jessica competed in many international levels and formula karting competitions. She also ranked third at the 2012 Kartmasters British Grand Prix - KF3.

Jessica Hawkins finally got her chance at professional car racing in 2014. She debuted in the 2014 Dunlop MSA Formula Ford Championship of Great Britain, where she competed in three races but couldn't win. However, her performance has undoubtedly been praiseworthy for a rookie. As a result, Hawkins got an opportunity to participate in the 2014 Michelin Clio Cup Road Series. She proved her worth by ranking in the seventh position.

The formula racer joined #RacingforHeroes at the 2015 MSA Formula Certified by FIA. She participated in thirteen races and secured a twenty-third position with thirteen points. Additionally, the race driver drove Mygale F4 for the match.

Furthermore, the race car driver has also made notable performances in many race championships. Some of her rankings are tabulated below:

The race driver also participated in the 2015 -16 MRF Challenge - Formula 2000. Sadly, she couldn't achieve any victory against her competitors. Moreover, Jessica Hawkins also faced a severe lack of fundings which nearly cost her career. She had to secure her funds herself by distributing leaflets to local businesses.

The sports career of Jessica Hawkins took a new turn after her participation at the 2019 W Series. The series was an all-women championship that had a theme of uplifting female race car drivers. It also tried to give female athletes a chance to prove their athletic skills and make their name known to the sports world.

Jamie Chadwick ultimately won the match with Beitske Visser and Alice Powell in the second and third positions. Additionally, the champion was also rewarded a $500,000 cash prize. Although Jessica Hawkins finished in the eleventh position, her driving was indeed praise-worthy.

After the series, the sportswoman competed in the 2020 Kwik Fit British Touring Car Championship. She finished the match in the thirty-fifth position. However, the sports personality lifted her ranking at the 2020 W Series Esports League. She scored 135 points and finished in the eleventh position.

With this newfound success and confidence, Jessica Hawkins participated in the 2020 W Series. But unfortunately, the season was canceled by the organizers due to the Covid-19 pandemic.

Nevertheless, Jessica started her 2021 with Racing with Wera & Photon Group. Then, she appeared at the 2021 Kwik Fit British Touring Car Championship with Ford Focus ST. Moreover, the race driver completed the race at the twenty-sixth position.

The sportsperson is also competing in the 2021 season of the W Series. The first match of the 2021 season was on June 25, 2021, in Spielberg, Austria. Hawkins finished the round in the fifth position. However, she clashed with the reigning champion Jamie Chadwick's car in the race's early stages. This incident cost Hawkins a 30-second penalty which resulted in the loss of her career's best score. 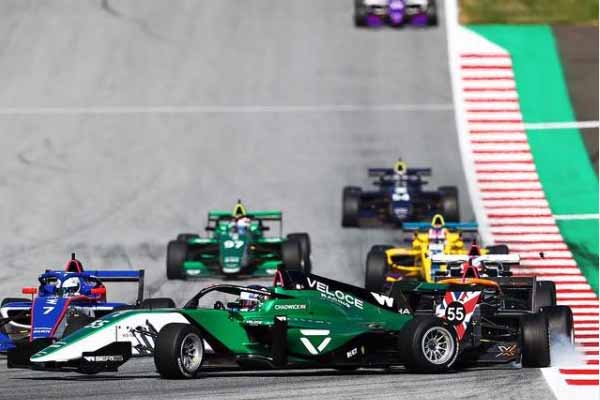 On the other hand, the clash also caused Jamie Chadwick's car's carbon pipe to break. Unfortunately, it resulted in her returning to the race track a bit later. As a consequence, the champ came in the eighth position. The first round of the 2021 W Series was won by Alice Powell, with Sarah Moore and Fabienne Wohlwend following closely behind.

Jessica Hawkins also apologized to Jamie Chadwick for the incident on her social media accounts. She is also training harder to achieve the title of the W Series.

Jessica Hawkins Net Worth And Earnings

The W series contestant has been in racing from the age of eight. She has shown her racing prowess at every competition she has ever participated in. As such, Jessica has amassed a fortune from her career. Jessica Hawkins' net worth mainly comprises her earnings from racing competitions and karting. Besides that, she also earns money from brand endorsements.

Aforementioned, Jessica Hawkins is also sponsored by many famous brands. She signed a deal with the Aston Martin Formula One team in May 2021. Hawkins is joining the team as a driver ambassador. In addition, she will work with the company's partners across a variety of disciplines. 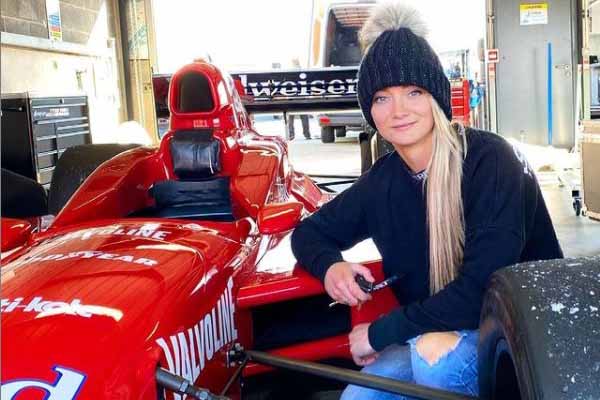 The sports personality is also an ambassador for Land Rover and Elliot Brown Watches. She makes money by promoting their affiliate products on her social media handles. Moreover, Jessica's helmet is designed by Calum McGregor. It is also custom-made by Arai Motorsport UK. Furthermore, the racer's racing apparel is customized by PUMA Motorsport.

Jessica Hawkins has also worked as a stunt performer in many action films. However, she performed stunts for the first time in a Land Rover commercial titled Land Rover Defender 'No Time to Die.'

This was for the promotion of the James Bond movie No Time To Die. Hawkins rides the new Defender 110 across many obstacles in the promo and ends the video by rolling the car over its roof. As a stunt artist, the formula car racer must have also had her fair share from the cinema.

The stunt performer has also performed in the sci-fi thriller Infinite that released in 2021. The movie starred Mark Wahlberg and Chiwetel Ejiofor in lead roles and earned 5.3 ratings on IMDB. Furthermore, Jessica has also appeared in the television series Top Gear where she has shown her car stunts.

Jessica Hawkins' net worth might have increased over the years considering the success of her stunt career.

The formula-three driver is currently in a relationship with Abbie Eaton. The latter is also a racing driver and a test driver for The Grand Tour. In addition, Jessica Hawkins's girlfriend Abbie is also a two-time British champion. She has also made her debut in the W Series in 2021.

The pair are open about their relationship on social media. Jessica Hawkins' partner Abbie Eaton often posts pictures of them on her Instagram account. Moreover, the lovebirds also go on many vacations and spend holidays together. They also train together for their competitions. 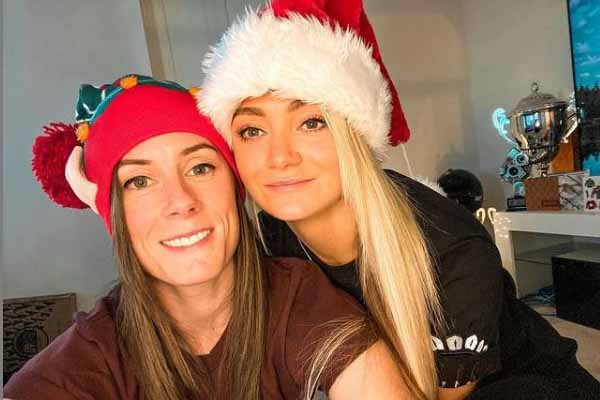