Jamie Chadwick is one of the prominent women race car drivers of all time. She began her racing career at the age of eleven and has been giving it continuity till now. Moreover, the sportswoman has competed in numerous national and international racing championships and won the hearts of sports fans with her skills.

The athlete came into the limelight after winning the 2015 Dunlop 24 Hour Race at Silverstone. Since then, she has won four more titles under her name. In addition, Jamie got her career's most significant victory at the 2019 W Series. She became the inaugural winner by beating Dutch racing car driver Beitske Visser.

Here, we will go through Jamie Chadwick's biography and learn about some of the important events in her life.

The racing champ was born on May 20, 1998, in Bath, Somerset, England. Her father, Michael Chadwick, is a former City executive, now working in property and farming. Additionally, Jamie Chadwick's mother, Jasmine Chadwick, is an Indian-born and works in finance. Moreover, Chadwick's parents have supported her from the beginning of her career.

Jamie Chadwick's brother Oliver Chadwick is also a karting champion. He is a winner of the 2016 Protyre Motorsport Ginetta GT5 Challenge. It was Oliver who inspired Jamie to pursue a sports career. Furthermore, the sportswoman trained alongside her brother in her earlier years. However, the siblings have only competed against each other once in their careers.

The racer completed her former education in her hometown. After that, she was enrolled in the private Cheltenham College, where she attained A-levels in chemistry, geography, and sports science. Moreover, Jamie has put her university education on hold to focus more on her sports career.

Aforementioned, Jamie Chadwick got into racing after watching her brother Oliver Chadwick's performance on the race track. After running kart for the first time, the sportsperson knew that racing was for her. So, she started training kart racing at the age of eleven. She ranked fourth on the 2011 Shenington Kart Club, with 379 points.

After that, Jamie performed on numerous kart races at club level in the Junior section. The racer also won the 2013 Ginetta Junior Scholarship over more than sixty racers. She received £40,000 ($55K)at the mere age of fourteen. This funding allowed her career to move forward in car racing. In addition, it also allowed Chadwick an opportunity to perform in the 2013 season of the Ginetta Junior Championship.

The racer had a great beginning in her car racing career. She joined the JHR Developments team to participate in the 2013 Ginetta Junior. Moreover, the athlete finished the match in the tenth position. However, she uplifted her rankings to the eighth position at the 2014 Kick Start Energy Ginetta Junior Championship. The sportsperson also signed a deal with Beechdean Motorsport to drive Aston Martin Vantage.

The British race car driver has always had a dream of participating in Formula One racing. She began her journey by competing on Formula Ford in 2017. The former British GT Champion performed well by ranking 25th position at the 2017 Formula Ford 1600 - Walter Hayes Trophy. Moreover, she drove Ray GR15 for the match.

Jamie Chadwick signed up with Double R Racing to make her debut in Formula three racing. She secured the ninth position on her first formula-three match at the 2017 BRDC British F3 Championship. The sports personality earned 264 points driving her Tatuus F4-016. The competition marked a good start for her formula racing career.

The British racer made her comeback at the 2018 BRDC British F3 Championship. She joined Douglas Motorsport for the competition. Furthermore, Chadwick participated in twenty-three races and won the second race at Brands Hatch. Additionally, this made Jamie Chadwick the first woman to win a British F3 race.

Unfortunately, she completed the championship in the eighth position.

Alongside formula racing, Jamie Chadwick has also participated in several other racing events. The rankings of her performances are listed below:

The British race car driver scored her biggest win at MRF Challenge, as shown in the above figure. She then moved on to the W Series championships.

The race car driver started her 2019 with a win at the 2019 ADAC Total 24h Nurburgring Race- SP8T class. She carried the same determination and confidence in her match at the 2019 W Series. Furthermore, the competition marked the beginning of the all-women racers championship in the car racing world.

It also allowed the women athletes to move forward on the highest level of racing, namely Formula 1.

Jamie Chadwick had an excellent performance on the qualifying rounds of the W Series. As a result, she also ranked eighth at the 2019 W Series Assen. Alongside Chadwick, other notable female race drivers Alice Powell, Marta Garcia, Sabré Cook, Bruna Tomaselli, Jessica Hawkins, Miki Koyama, Beitske Visser, etc., were participating in the event.

During the championship match, the racer participated in six races and won the circuit of Hockenheim and Misano. Additionally, she was also a lead of three pole positions and scored 110 points at the end of the match. As a result, Jamie Chadwick won the title of the 2019 W Series against twenty drivers. 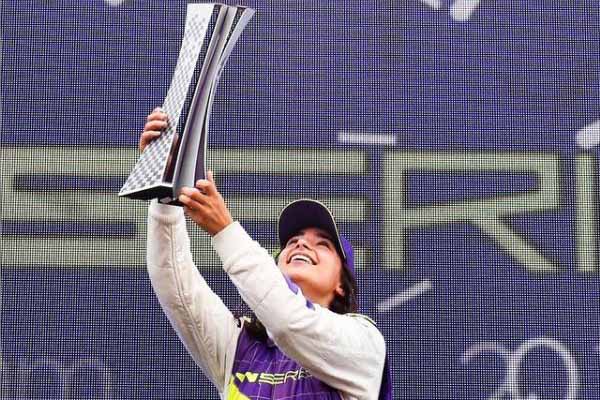 The W Series had a $1.5 million prize funding for its 2019 season. As a champion, Jamie Chadwick was awarded $500,000 and the opportunity to participate in its upcoming season. Alongside her, the runner-up Beitske Visser cashed $250,000 and the third Alice Powell was handed $125,000 at the award ceremony. Moreover, other contestants also received money for their participation.

After that, Jamie Chadwick again appeared on the 2020 season of the W Series. Sadly, the match was canceled by the organizers due to the Covid-19 pandemic. However, the driver didn't lose her racing streak and participated in the 2020 Asian Championship Certified by FIA. She ranked fourth position with Tatuus F3 T-318.

The sports racer also participated in Extreme E in 2021. The series tries to raise climate change awareness by organizing races in remote areas of the world. In addition, to promote gender equality in motorsport, the participating team must have a male and female driver.

So, Jamie Chadwick paired up with french racing driver Stephane Sarrazin. The pair finished their first round in the eighth position with thirty-one points.

At present, the champ is participating in the 2021 W Series with Veloce Racing. She began the first round in a lead position on June 25, 2021. Unfortunately, Jamie's car suffered a cracked carbon pipe, putting her in the eighth position in qualifying. Moreover, the former third-ranked Alice Powell swept the victory with Sarah Moore following closely behind.

However, Jamie made a sensational comeback in the following races and clinched the W Series title for the second time. She dominated the final two races in Austin which helped the win the overall title.

Jamie Chadwick Net Worth And Earnings

The British athlete has made her name in the sports industry within a few years of her debut. She has become an inspiration for all female racers to participate in the otherwise male-dominated sport. Alongside fame, the sports personality has amassed a fortune from her career. Aforementioned, she was rewarded $500,000 for her win at the 2019 W Series. Her other winnings must also receive income of the same range.

Jamie Chadwick's net worth mainly comprises her earnings from her racing competitions. However, her W series winnings amount more than that of formula one's racers. Besides that, her salary is also benefitted by brand endorsements and sponsorships. However, the sports personality has not revealed her income to the public yet. 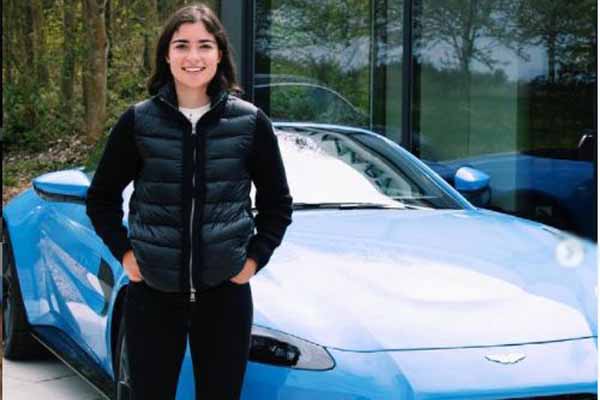 Looking at the endorsement deals, Jamie Chadwick's net worth must have increased over the years.

The gorgeous race car driver is currently in a relationship with Struan Moore. In addition, Struan is a GT and Formula-three race driver, just like his girlfriend. Moore ranked fifth at the 2018 Total 24 Hours of Spa-Silver Cup Glass.

Jamie Chadwick's boyfriend, Struan Moore, is also a supporter of her career. He never misses out on his partner's races and joins her in her practices. The duo also posts pictures of each other on their Instagram accounts. The adorable pair also goes on vacations and travels together. Moreover, Jamie shares pictures of the couple going on bicycle rides as well. 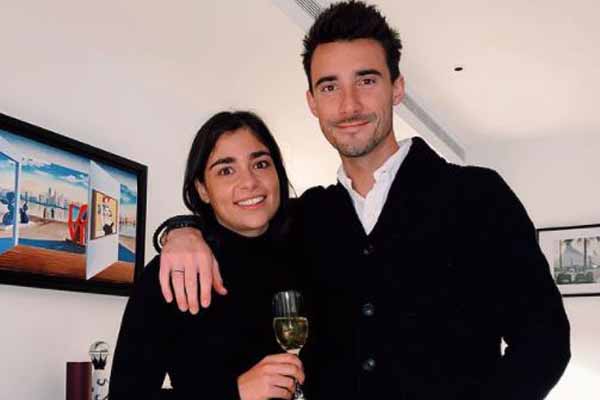 The reigning champion is practicing hard for her matches in the 2021 W Series. She is also preparing herself for her next round in Extreme Series. Her hard work and determination are applaudable.