British racing driver Abbie Eaton has been racing since she was 10 and has been able to make her name in the male-dominated industry. Image Source: Abbie's Instagram.

British racer Abbie Eaton is a well-known persona in the racing community. With a career spanning almost two decades, the racing driver has had numerous wins and great performances. Moreover, the motorsport enthusiast is one of the most famous woman drivers who has been breaking stigmas since the beginning.

Racing and motorsport have always been in the blood of Abbie. The racer loves the thrill of speeding down racetracks and fighting to maintain precision. She has established herself among the world's best racers, and many want to learn more about her talented personality.

Here is everything one needs to know about precision driver Abbie Eaton.

Abbie Eaton was born in Hull, England, on January 2, 1992, as Abigail Eaton. Her father, Paul Eaton, was also a racing driver and participated in several competitions in his career. As for what Abbie Eaton’s mother, Denise Eaton, does professionally, it is a mystery. But the racer’s parents support her in her career.

In an Instagram post featured on Abbie’s page, we can see that she took her mother out to race. Though Denise was not a massive fan of it, she did seem to enjoy the thrill of it. 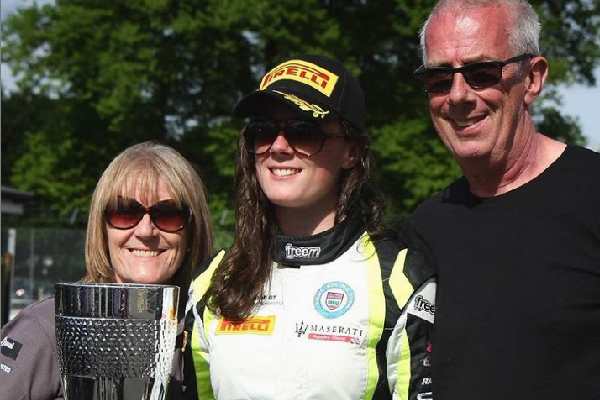 Abbie Eaton was heavily influenced by her father to enter the world of motorsports. Image Source: Abbie's Instagram.

Unfortunately, it is not known where Abbie attended school and what degree she pursued. As the racer was on the tracks karting since she was ten and motor vehicles since she was 15, she may have had to pick her career over the school.

Nonetheless, Abbie Eaton has succeeded a lot in her field and plans to open a driving school someday.

In the extensive history of racing, there has been a recurring pattern of young children getting inspired by their elders involved in the world of racing. Similarly, Abbie Eaton was inspired by her father, Paul Eaton. Well, Abbie started kart racing when she was ten years old.

Abbie Eaton’s Career As A Racer

From karts to supercars, Abbie Eaton has come a long way from her kart racing days. The racer has participated in many national and international series of races. Some of the notable names include W Series, British GT Championship, and Britcar Endurance Championship – Praga.

Throughout her career, Abbie Eaton has taken part in several races and tournaments. Here is a list of races the British racer participated in and her placements.

Although Abbie has had several wins and good placements in her races, the competitive driver has decided to venture out and make her impact on the world. She has already worked as a precision driver in many movies and TV series. Moreover, the racer has also taken an interest in teaching the new generation of motorsport enthusiasts.

Abbie is currently participating in the W Series and raced in the qualifying session at the Spa-Francorchamps track in Belgium. However, she was involved in a terrifying crash with five other drivers. Eaton, Sarah Moore, Belen Garcia, and Fabienne Wohlwend were cleared by the medical team on the track itself.

However, Norwegian Ayla Agren and Spain's Beitske Visser had to be transferred to the hospital for further checkups. Thankfully, neither of them suffered any injuries and were cleared soon after.

Career As A Precision Driver and Instructor

With her lifelong experience in tackling speed alongside precision, it is safe to say that Abbie Eaton has many knowledge and skills. To spread her expertise, the racer has decided to become a driving instructor. In 2019, she revealed that she would be providing tuition to novices, seasoned racers, bell ends, and all kinds of other racers.

According to her website, Abbie can be contacted via e-mail. The racing driver can help one achieve a faster lap, fine-tune their driving skills, or to push them to perform their best on the track. There had been reports about an Abbie Eaton Driving School opening someday. But for now, the racing driver only provides personal coaching and is yet to open a full-fledged driving school.

Along with helping others polish their skill, the British racer also works as a precision driver for TV and films. Abbie Eaton’s most notable role would be on Amazon’s The Grand Tour.

Abbie Eaton Net Worth And Earnings

Compared to male racers, women in the driving community will always have a significantly smaller amount of prize money. This is because the world of racing is still not accepting of women racers. But still, British racing driver Abigail Eaton has competed in many tournaments over her two-decade-long career.

Moreover, she has been affiliated with multiple racing teams and has had numerous wins and podium finishes. Her successful racing career must have certainly had a significant impact on Abbie Eaton's net worth. 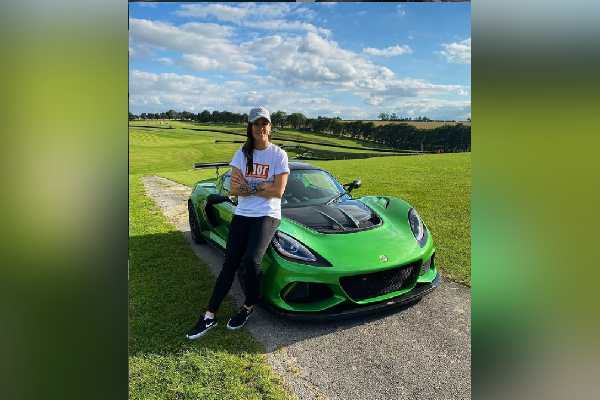 The racer must have earned a significant amount of money from the various tournaments she has won. Mazda MX-5 Cup is one of the tournaments that Abbie Eaton has taken part in multiple times and won once. The prize money for the champion of the competition was $500,000 for the 2020 season. Similarly, in the GT Cup Championships, which Abigail won in 2021, the winners of the endurance rounds can win around $23K (€20,000) in prize money.

Many championships, however, have smaller amounts of prize money. But, due to the current inflation, the committees are working towards increasing or have already increased their total prize amounts. This means that winners and podium finishers will earn significantly more amount of money.

Well, Abbie Eaton’s fortune contains her earnings from her multiple ventures as well. And, looking at her lifestyle and income sources, she must earn a good amount of money.

Moreover, Abbie Eaton is an integral part of the YouTube channel Carfection. Carfection is a channel that is a place for people passionate about cars. They review the specs of sportscars and several types of everyday vehicles. According to Social Blade, the channel can make between $7.5k to $119.5k a year. As Abbie has appeared in numerous videos, she must have earned a good paycheque from the channel.

Lesbian, And Is In A Relationship

Abbie Eaton is one of the most well-known racers out there. Due to her immense fame, fans have been curious about her relationship status or her boyfriend, if there is one. Well, Abbie Eaton is a lesbian and dating another racer, Jessica Hawkins.

The couple seems to have met on the racetrack itself. They have competed together in multiple events. The partners are incredibly supportive of one another and are in love.

In a world full of hate against the LGBTQ+ community, Abbie Eaton has received immense support from her family and friends. Even her team Aston Martin announced their support and love for the LGBTQ+ community. The Mazda Supercup winner is undoubtedly lucky to have a team that accepts her for who she is. 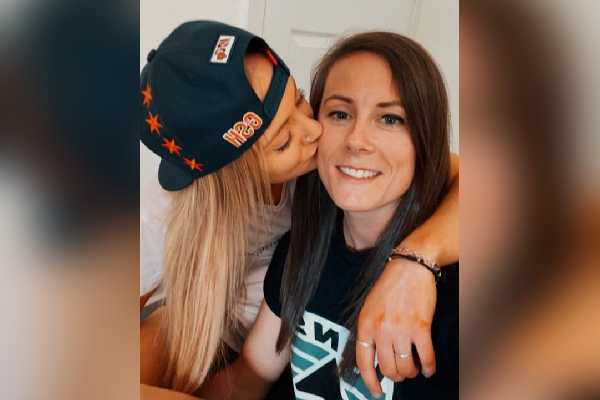 Abbie Eaton’s girlfriend Jessica Hawkins is also a racer who has worked in many movies as a stunt driver. However, her most notable appearance must be as the Fast and Furious Live stunt driver in 2018. Moreover, Jessica has participated in many races since she started racing in 2014. However, she has not had any first-place wins to date.

Abbie Eaton has come a long way since her karting days. She is doing great as a race driving instructor and a stunt woman. With her experience of almost two decades, the racer is sure to help others grow to new limits.