Ayla Agren is a prominent figure in the sports industry. She is a professional car racer who represents Norway. Moreover, Ayla is known for her impeccable driving skills and speed on the track. She got her career's biggest win in the F1600 Championship Series in 2014. In addition, the racer has shown her driving skills in many competitions and won a few of them.

The professional sports car racer began her career early in 2004 by participating in karting championships. She eventually decided to become a professional race car driver. Moreover, Ayla has won the hearts of many sports enthusiasts with her open-wheel racing skills. She is also an inspiration for many junior car racers. So, let's get to know more about Ayla Agren's life and career.

The sports personality was born on July 23, 1993, in Baerum, Viken, Norway. She grew up in a loving home with her Swedish father, Glenn Agren, and Norwegian mother, Beate Agren. The racer owns dual citizenship in Norway and Sweden. 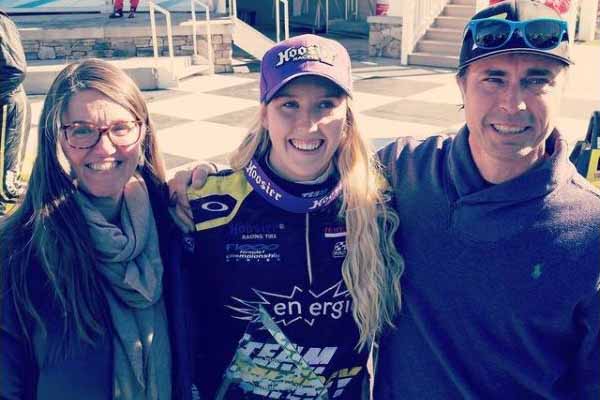 Ayla Agren became interested in racing after her travel to Sweden. She got the chance to watch a karting championship there for the first time. Afterward, Agreshe was determined to pursue a racing career.

As a result, the race driver moved to the U.S.A. in 2012 after being offered a sponsorship. She got admitted to Skip Barber Racing School.

Nevertheless, the racing driver Ayla Agren did get her degree in Business and Administration at the Norwegian University.

Ayla Agren Net Worth And Career

The Norwegian racer began her career in kart racing and then moved on to formula car racing. She is prospering in her field. So, Ayla Agren's net worth mainly comprises her earnings from her professional sports career. In addition, Ayla's income also benefits from her paid sponsors and endorsement.

Aforementioned, Ayla Agren began her career as a race kart driver. Her parents shared a passion for sailing and sea travel. However, young Ayla didn't share the same enthusiasm and decided to take a land route. She became fascinated by kart racing at a young age. As a result, Agren started practicing driving at different tracks. Her regular practices eventually turned into races.

The young racer won many karting championships in Norway. However, her passion for the sport kept increasing, and she became determined to race in IndyCar Series.

So, Ayla counseled Norweigan driver Anders Krohn and went on to race with Skip Barber. She had a good beginning in her car racing journey by scoring four podiums in the 2012 Skip Barber F2000 Summer Series. In addition, the racer also ranked eighth in the whole competition.

Ayla Agren showed her racing prowess in the F1600 Championship Series in 2014. She was a member of Team Pelfrey and was coached by Anders Krohn. The race driver battled out with her teammate Garth Rickards on the track and finished the match in the first position. She drove Mygale Honda and scored thirteen points over Rickards with three victories and eight podium finishes.

The F1600 winner has also participated in Pelfrey's Road To Indy with Nikita Lastochkin, Luke Gabin, and Garth Rickards. Sadly, she only ranked ninth place overall in the program. Still, the former champ considered it to be a learning experience.

Afterward, Ayla finally fulfilled her dream of competing in IndyCar at the U.S. F2000 National Championship in 2015. She drove Van Diemen for the event. 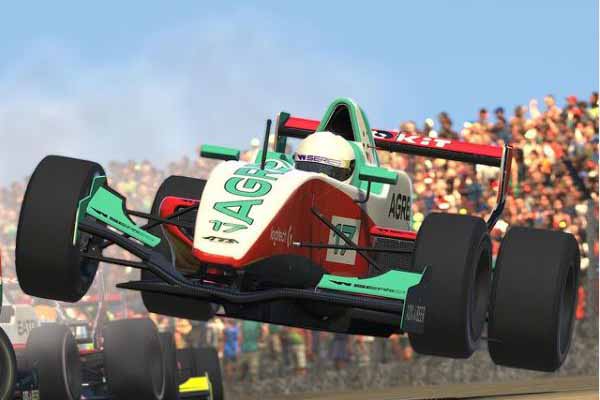 The formula racer then joined John Cummiskey Racing and participated in the 2016 Cooper Tires USF2000 Championship. However, the talented driver missed four races due to the lack of funding. As a result, she finished the series in the eleventh position. Furthermore, Ayla rejoined Team Pelfrey for the 2017 Cooper Tires USF2000 Championship. She ranked eighth in the match with her Tatuus USF-17.

Sadly, Ayla Agren's sponsors started decreasing, which caused her to go on a year-long hiatus. She made her comeback in the qualifier round at the 2019 W Series. It had the prize money of $500,000. Unfortunately, Ayla failed to qualify for the event. She again tried her luck at the 2020 W Series and managed to reach a 20-car grid. But, the season was canceled by the organization due to the Covid-19 pandemic.

Ayla Agren ranked nineteenth in Michelin Le Mans Cup LMP3 Drivers Championship 2021. Furthermore, she is also participating in the 2021 season of the W Series. The event's first match will be on June 26, 2021, in Spielberg, Austria. Ayla Agren is practicing hard to win the title from W Series champion Jamie Chadwick.

Sadly, during a qualifying session for the ongoing W Series, Ayla Agren was involved in a serious crash. She and Beitske Visser had to be transferred to the hospital to receive further checkups. On the other hand, the four other drivers who were involved in the accident, Sarah Moore, Abbie Eaton, Belen Garcia, and Fabienne Wohlwend were cleared a few moments later.

Thankfully, everyone involved in the terrifying crash came out without any injuries and are ready to race in the upcoming events.

The career of the formula racer has had its ups and downs; still, Ayla Agren's net worth must have increased over the years.

Just like other racers, Ayla Agren has also been sponsored by famous brands in her career. Ayla has signed a deal with the racing apparel brand HRX USA. The company customizes her racing suit. Moreover, the formula race driver has also been sponsored by the Norweigan brand Energima. In addition, she has also endorsed racing apparel from Hoosier Racing Tire.

Furthermore, the former champion is also a spotter for the DragonSpeed racing team. She has also worked as a spotter for Pippa Mann and Nikita Lastochkin. Moreover, Ayla was also a race spotter for Indy500.

Well, we can see that Ayla Agren is earning income from her brand endorsements and sponsorships as well.

The gorgeous race driver is currently in a relationship with Charles Crews. Ayla's partner is a team manager of Saber Sports Management. Alongside that, Charles is also a racer, just like his girlfriend, Ayla. Unfortunately, his car caught fire during the match on June 6, 2021. Thankfully, Charles got out safe and sound. 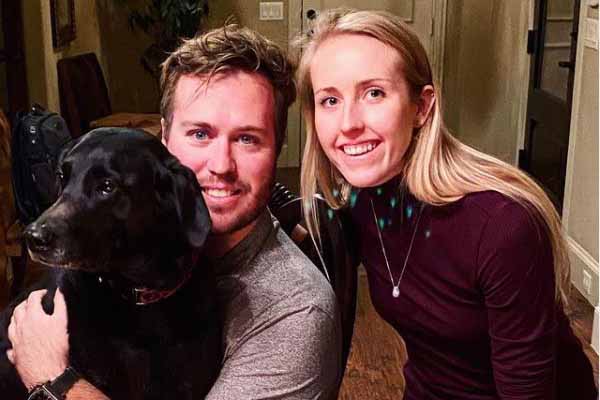 Ayla Agren has been together with her boyfriend Charlie Crews for years. Photo Source: Ayla Agren's Instagram.

Ayla Agren's boyfriend Charles Crews is a very supportive beau who always cheers for his better half's success. The pair also post pictures of their daily life on their Instagram accounts. Furthermore, the lovely duo also goes on many vacations and dates. The lovebirds have a mutual understanding and harmony in their relationship.

Ayla Agren hasn't shared any marriage plans yet, but she enjoys her life with her boyfriend Charles Crews. In addition, she is focusing on her match of W Series right now. We wish Ayla succeeds in her race.