Christian Lundgaard is a Denmark-born racing car driver currently driving in the FIA Formula 2 Championship for ART Grand Prix. He is a member of the Alpine Academy. He began his racing career in 2012 when he started participating in karting competitions. In his racing career, Christian has gained immense fame and wealth.

Christian Lundgaard was born on July 23rd, 2001, to mother Lotte Aakjær Lundgaard, and father Henrik Lundgaard. He grew up in Hedensted, Denmark, with his parents and brother Daniel Lundgaard. Christian's father, Henrik, is a Danish rally driver who won the European Rally Championship in 2000 in a Toyota Corolla WRC. He used to ride with the team Toyota Castrol Team Denmark. 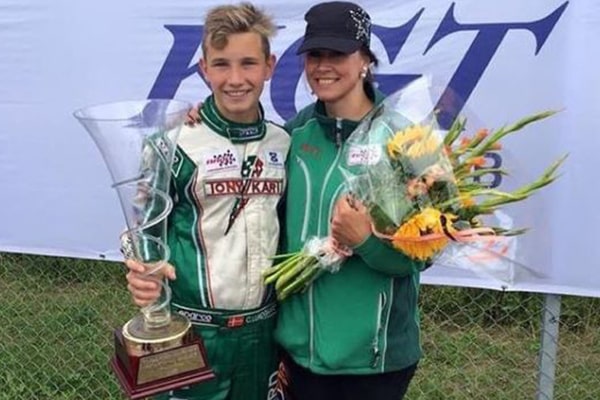 Similarly, Christian's brother, Daniel, was a racing car driver who competed for the Danish F4 championship. He now designs helmets for Christian and is seen alongside him at races. Furthermore, Christian's mother also raced in Motocross. His parents have been supportive of his profession. Born in a family involved in the racing world might have inspired Christian to become a racing car driver. As for his education, much information has not been revealed yet.

As stated earlier, Christian Lundgaard grew up in a family where all members are involved in the racing world. His father was a European Rally Champion, and Christian have always said that his father was the major influence behind where he is now. The talented racer Christian began professional karting in 2012 and competed in several championships and tournaments all across Europe and collected three major titles. In December 2016, he was listed as one of the top 10 karting talents with future talents by Motorsport.com. He was ranked fifth in the list, which also comprised drivers like Logan Sargeant, Victor Martins, Marcus Armstrong, Noah Watt, and many others.

In March 2017, Christian Lundgaard was signed by the 2017 SMP F4 NEZ Championship certified by FIA for the 2017 season. His debut in single-seater with MP Motorsport was signed along with Bent Viscaal, Tristan Charpentier, and Lukas Dunner. During the competition, he became the 2017 SMP F4 NEZ Champion after he claimed seven pole positions, nine victories, and ten fastest laps. In the Spanish Championship as well, he became the champion.

In January 2018, Christian was promoted to Formula Renault 2.0 Eurocup with MP Motorsport. In the 2018 season, he acquired four wins and won the title of rookie champion. He finished as the vice-champion to fellow Renault junior Max Fewtrell.

Furthermore, in June 2018, Lundgaard continued with the MP Motorsport for the third round of the 2018 championship at Paul Ricard. In December the same year, he got involved as one of the five racers in GP3 Post-Season testing along with Max Fewtrell, Felipe Drugovich, and David Beckmann at ART Grand Prix.

In November 2018, Christian was linked with a seat at ART for the inaugural FIA Formula 3 Championship along with Max Fewtrell. In January 2019, Christian and Max joined ART in the FIA Formula 3 Championship that season. In May 2019, he took his first podium in F3 in Barcelona by finishing second. He won on the track but was given a 5 second time penalty after falling too far behind the safety car earlier in the race. In August 2019, he won his first F3 race at the Hungaroring in Hungary.

FIA Formula 2 Championship And Formula One

In November 2019, an announcement about Christian's F2 debut with Trident in the season finale at Yas Marina, Abu Dhabi, was made. It was also announced that he would partner Giuliano Alesi at the Italian side, and they would attempt to tally 13 points that season. In the 2020 FIA Formula 2 season, he was driving for ART Grand Prix. Here's the brief FIA Formula 2 Championship career of Christian.

In March 2021, after confusion around a 10-second penalty Christian served during the second F2 sprint race in Bahrain, he was given back second place. The penalty was given for a collision with MP Motorsport's Lirim Zendeli, resulting in a puncture of Lirim's car, which could have resulted in a crash.

In 2017, Christian was signed as the latest member of the Renault Sport Academy, along with Marta Garcia. In 2021, when the team was rebranded to Alpine F1 Team, Lundgaard was included in the lineup of the team's academy.

Christian has achieved significant success in his racing career. He is still very dedicated to his profession. So, one cannot doubt that he will achieve considerable success, fame, and fortune in the future.

Christian Lundgaard Net Worth And Earnings

As stated earlier, Lundgaard has established himself as one of the most prominent racers of all time. He has participated in more than dozens of championships and tournaments, which have helped him garner immense wealth. Looking at the number of races that he has partaken in, it can be assumed that Christian Lundgaard's net worth might be in millions.

The average per year salary of a racing car driver is $40,904, so Christian must have accumulated an enormous fortune to his name. Similarly, he also makes a good income from the prize money he received from the championships he has won. As the W series pays $500K to the winner, F3 might also pay somewhere around the same amount, so Lundgaard must have earned considerably after winning the F3 championship. 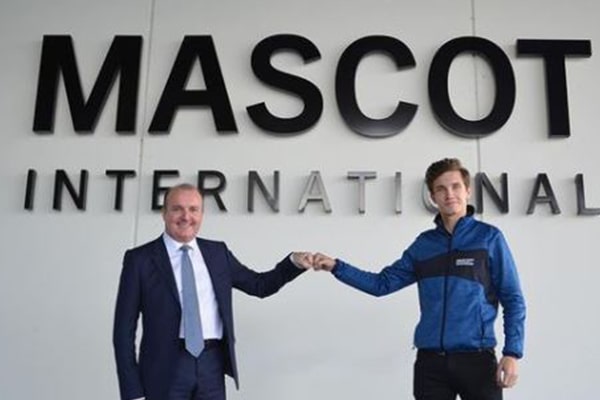 Furthermore, Christian might have also made good earnings through the sponsorship offers and endorsement deals of his. The fame and popularity that he has amassed in such a short period of time have helped him land several partnerships with brands like MASCOT. Hence, Christian Lundgaard's net worth might be in millions due to the earnings from sponsorship deals, tournaments, and prize money.

Christian lives a comfortable life with his family in Denmark. He also owns a Renault Clio, whose price ranges from $13,300 to $24,310. All thanks to Christian Lundgaard's million dollars of fortune, he is able to live a comfortable and lavish lifestyle.

The handsome Danish racer is in a relationship, and this information undoubtedly broke the heart of his female fans. While the identity of Christian Lundgaard's girlfriend has not been revealed yet, in one interview, he has mentioned that he lived with his dad, brother, and his girlfriend. He also mentioned that the greatest sacrifice he has made until now is time with friends, family, and girlfriend.

Christian's partner must be fortunate to be in a relationship with a talented and successful racer like him. The lovely pair of Christian and his girlfriend must be deeply in love with each other, and they must be enjoying their time together and having fun away from the media and the limelight. We can hope to learn more about Christian Lundgaard's lovelife in the coming days.