Guanyu Zhou is a Chinese-born racing car driver who currently competes in the FIA Formula 2 Championship for the British racing team UNI-Virtuosi Racing. Furthermore, he also serves as the test driver for the Alpine F1 Team. Although it has not been that long since he started his career, Zhou has achieved significant success.

Zhou is emerging as one of the prominent racing drivers in the sports world. He has won several awards and accolades for the victory that he has achieved in various tournaments and championships. Now, let's learn more about the talented racer Guanyu Zhou's biography and his professional life.

The famous Chinese racer, Zhou, was born on May 30, 1999. He grew up in Shanghai, China until he was 12 years old. In 2012, he moved to the UK with his family. According to EssentiallySports, Zhou has rich parents, and his family was in the car business. Despite the immense fame and recognition that he has achieved worldwide, he seems to be private regarding his personal life. Information regarding Zhou's parents and siblings is yet to be revealed. Nevertheless, he must have had a great childhood as the son of wealthy parents. 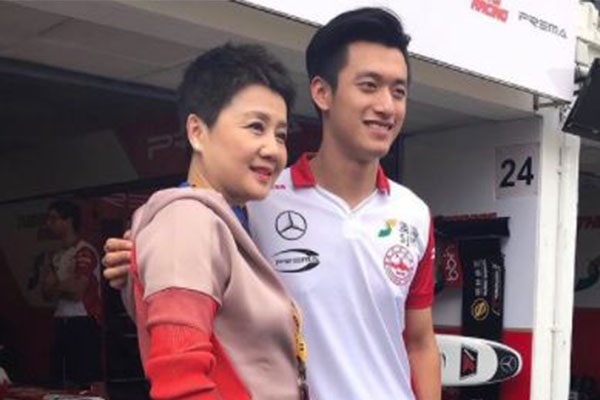 Talking about his education, Zhou had attended a boarding school in China. After moving to England, he attended high school in the Yorkshire city of Sheffield. In one interview, he explained that he used to have a hard time at school as he did not speak any languages other than Chinese. However, he studied for English exams and used to do good despite the language issue. After he joined the Ferrari Driver Academy, he did not have time for school, due to which he could not continue his formal education.

Zhou loved cars from an early age and watched his first F1 race, in Shanghai, in 2004, at the age of 5. After that, he saw an A1 Grand Prix and told his dad that he would like to try racing. At the age of 8, he joined an indoor kart track in Shanghai and began karting. While karting there, he learned about other outdoor kart tracks and a Chinese championship.

At the age of 11, Zhou had won all eight races in the Chinese junior kart championship. After moving to England, he used to race in the Rotax Kart Championships at weekends in Britain and Europe. He then joined the Ferrari Driver Academy and moved to London.

Guanyu Zhou used to race with the Sheffield-based Strawberry Racing team, and in 2013, he won both the national Rotax Max Euro Challenge and Super 1 Rotax Max Junior Championship. During his final year of karting, Zhou finished second in Rotax Max Senior Euro Challenge.

In the 2016 FIA European F3 Championship, Zhou joined the German auto racing team Motopark. During that season, he had a successful opener round. However, he struggled during the second half of the season, and for his maiden season, he finished in the 13th.

Guanyu rejoined Prema for the second F3 season and remained with the team for a third F3 season. In the 2021 F3 Asian Championship held in Abu Dhabi, Zhou won the Asian F3 title, which added 18 points to his superlicence tally.

In the 2019 FIA Formula 2 Championship, Zhou, along with Luca Ghiotto, joined UNI-Virtuosi Racing. He scored his first Formula 2 pole position at Silverstone, which made him the first Chinese driver to do so. Here is the table showing his F2 racing summary. *The 2021 season is still in progress.

During the 2020 season, Zhou remained with the team, partnering with Ferrari Driver Academy member Callum Ilott. In September 2021, he won the Sochi F2 sprint race, which was suspended on the eighth lap due to the massive crash which involved him and Jack Aitken. The drivers quickly escaped their cars unaided.

In May 2021, Alpine junior Zhou won the Sprint Race 1 at Monaco ahead of Felipe Drugovich and Roy Nissany. This win helped the UNI-Virtuosi racer to strengthen his top position at the overall F2 Championship series. With numerous other races to go in the series, let's hope, Guanyu clinch the title and fulfill his dream to become a Formula One racer.

While still karting in June 2014, Zhou joined the Ferrari Driver Academy and stayed in the Academy until the end of 2018. Then, in January 2019, he joined the Renault Formula One Team as the development driver.

In February 2020, Renault announced his promotion to the role of Test Driver. In March the same year, he won the Bahrain Virtual Grand Prix. In 2021, he continued as the test driver in Formula 1.

In November 2021, Guanyu Zhou was signed by Alfa Romeo for the 2022 season, making him the first Chinese driver in Formula One. He will replace Antonio Giovinazzi at Alfa Rome and is set to partner with Valtteri Bottas.

While many are celebrating Zhou's promotion to F1, Antonio has made his displeasure clear regarding the decision. After it was confirmed that he would not continue with Alfa Romeo in the following season, the Italian driver took to his social media to state his opinion.

Giovinazzi talked about how Formula One was about talent, risk, speed, cars, and emotion. But it was also ruthless because when money is involved talent does not factor into any decision. He made his stance clear about whom he blamed for losing the seat but has also thanked his fans and team members for supporting him during his journey.

Despite being surrounded by contrasting reactions regarding his promotion to F1, Guanyu has been graceful about it. Zhou has thanked those who believed in him and has talked about how his dreams have come true.

We hope that in addition to being the first Chinese racer in F1, Guanyu manages to set other records in the coming days.

Aforementioned, Guanyu has achieved significant success in the racing world. As one of the prominent racing drivers, Guanyu Zhou's net worth might be in the millions. Most of the wealth amassed by Zhou comes from the tournaments and championships that he has participated in. According to ZipRecruiter, the average salary of race car drivers is $40,904 per year, so he must have earned massive wealth in his racing career. The wealth has contributed to Guanyu Zhou's fortune. 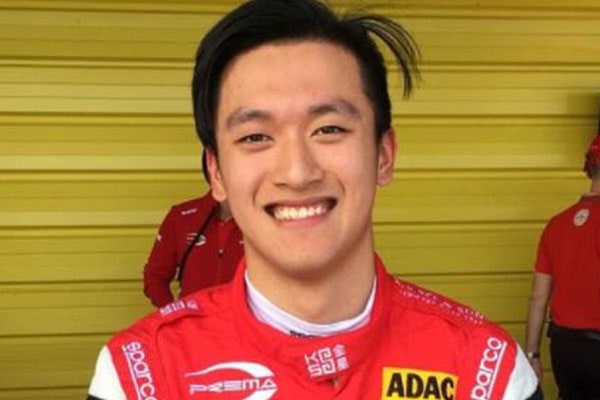 Due to the popularity that he has gained, Zhou is endorsed by various brands. He must have made a good income through endorsement deals with brands like Puma, Hublot, Fanatec, Playseat, and many others. He also uses his Instagram account to sponsor the brands. Zhou's fortune must be of a grand sum. As he is still very dedicated to his career, there's no doubt that Guanyu's fortune might increase in the future.

Thanks to Guanyu Zhou's net worth, he must live a comfortable and lavish lifestyle. He currently lives in London, United Kingdom, with his family.

Despite the fame and popularity that he has acquired, Zhou prefers to keep his life private. Talking about his relationship, he might be single at the time as there is no picture of Guanyu Zhou's partner. Even if he is dating someone, he prefers to keep his love life away from the media and the spotlight.

Nevertheless, any woman dating the handsome racer must be the lucky girl. We can hope to know more about Guanyu Zhou's girlfriend in the future.