Anyone interested in race car events must be familiar with the World Touring Car Cup (WTCR). The international touring car championship has been on the racing scene since 1987 as World Touring Car Championship (WTCC) before being changed to its current name. Since WTCR is promoted by Eurosport Events, it's no surprise to see many European drivers present in it.

Joining the likes of racers Yann Ehrlacher, Thed Björk, and more is Dániel Nagy, an emerging racing talent from Hungary. He got his WTCC break as a teen in 2016 with Zengő Motorsport. Aside from that, he has also competed in TCR International Series and Hungarian Suzuki Swift Cup.

Did you know the sportsman won the renowned Suzuki Swift Cup twice before advancing to WTCC? There is more to learn about the race car driver that we will cover in this short biography of his. So, keep reading.

See How Addison Rae's Brother Lucas Lopez Is Growing Up

Sports Is Ingrained In Nagy Household

The WTCR racer was born on April 9, 1998, in Budapest, Hungary. However, his driver profiles in driverdb and WTCR websites state his birthday to be on April 7 and 19, respectively. Moreover, he is not the only person involved in sports in his family.

In fact, Dani Nagy's parents, Tibor Nagy and Brigitta Nagy, are drivers and have often shared a car in endurance tournaments. Likewise, Daniel's sister, Kamilla Nagy, competes in rally cross events and has been racing since 2016. The former often shares his sibling's racing accomplishments on social media.

Daniel's brother, Viktor Nagy, is also an athlete, however, he is involved in water polo. He is a part of the Hungarian water-polo team and has represented his home country in many international tournaments, including the 2020 Tokyo Olympics. Viktor has also led his team to win many titles.

Having belonged to such a sporting family, it's no shock that the WTCR driver began showing interest in racing earlier. He finally began his motorsports journey in 2011 and has never looked back since. Talking about his education, he has yet to disclose where he studied and more.

As already mentioned, the Budapest native started racing in the early 2010s. He started competing in Hungarian Suzuki Swift Cup in 2011. He was just an ordinary name until he won the tournament in 2013 with five wins. He was racing for RCM Motorsport then.

The young man followed up by winning the title for the second time in 2015 with six wins. Alongside gaining public attention, he must have earned notable prize money. The same year he debuted in TCR International Series with Zengő Motorsport.

Dániel Nagy Net Worth And Career

The two-time Suzuki Swift cup champ advanced to WTCC in 2016. He drove a Honda Civic for ten races and concluded the season with a best finish of 11th in Qatar. Furthermore, the 2017 season saw him racing in TCR and WTCC, and in the latter event, he had the fastest lap in Marrakech.

Now, let's take a look at some of Nagy's racing results in the following table:

After a brief run with M1RA and BRC Racing, the Budapest native is back with Zengő Motorsport for the 2022 season. He must have negotiated an adequate salary while signing a contract with the racing team. Moreover, a professional racing driver earns $41,148 yearly, so, Dani must also have considerable earnings.

Besides, sponsors are a must for racers, and Nagy has plenty of them, namely SEAT, CUPRA, and more. Hence, Dániel Nagy's net worth must be a considerable amount, considering his prospering racing career.

Is The Hungarian Racer Dating Anyone?

Let's face it, who doesn't like a guy who enjoys thrilling sports like car racing. Race car drivers have a certain charm that can hook the hearts of many ladies. Alongside superb racing skills, Daniel is packed with handsome features and a good body. He is indeed a catch.

So, is the dashing driver dating anyone? Sadly, he hasn't revealed much about his love life. Though Nagy often shares pictures of his travels, family hangouts, and races, he has never posted a photo with possible romantic interest. Hence, for now, inquiries regarding Dániel Nagy's girlfriend remain unanswered. 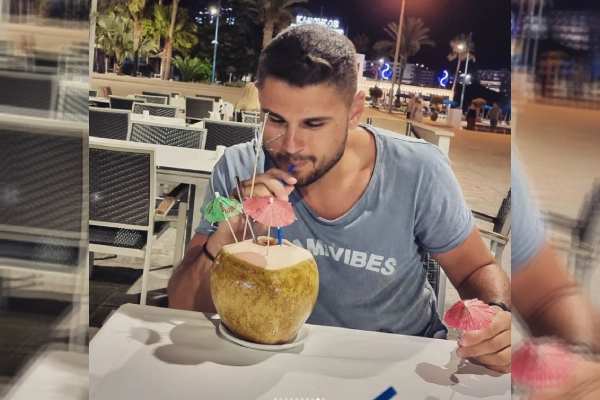 Daniel Nagy hasn't revealed whether he is in a relationship. Photo Source: Daniel Nagy's Instagram.

Maybe Nagy is focused on his career at present. It won't be surprising though, considering how his recent stats have been improving. Well, we look forward to learning more about his dating status in the upcoming days.

Likewise, Daniel still has a long way to go in his career, and we wish him all the best in his future plans. Hopefully, he will win the WTCR and other titles soon.