The 2022 Formula E season has become no less than a thriller movie. Among several participants in this season, Jake Dennis is a rising driver who currently competes with the Avalanche Andretti Formula E. He has raced for several teams and made a good name for himself in the industry.

But, not many know that Jake's dad also used to race. Well, this might be one interesting fact about him, but there are several others that need to be explored. Hence, stick with us till the end.

Parents Are No Longer Together

The Formula E driver was born on June 16, 1995, to Steve Dennis and Karen Gibbon. However, as per Driverdb, his birthday falls on June 30. He grew up in Nuneaton, England, with his sister, Jade Dennis. Moreover, the Dennis siblings share a close bond and often post adorable pictures on social media. 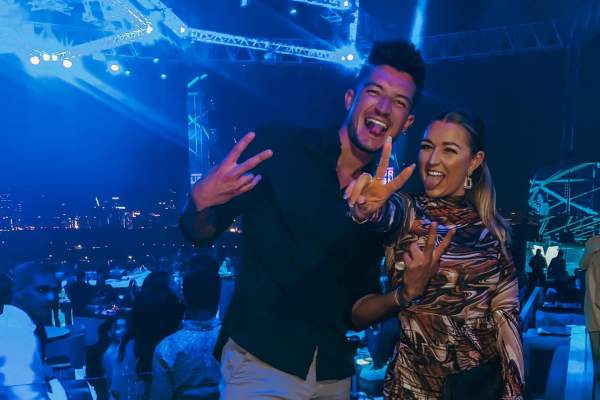 Unfortunately, Jake Dennis' parents are no longer together. On the other hand, his dad has been together with Gillian Barrie since September 2017. Furthermore, Dennis was born into a racing family and spent his weekends at kart tracks from a young age. He used to watch his old man race successfully in the UK's national short-circuit 250 gearbox karting championship, i.e., Super 4.

When he was eight, Jake Dennis' father gifted him a kart. However, Jake hated karting initially, but as time passed, he started loving the sport. His racing career took off when the Racing Steps Foundation provided him financial support in 2008. Also, like his dad, Dennis' mom also supports his career.

Talking about Dennis' educational background, he attended Bosworth Academy. After that, he went to Loughborough College and graduated in 2013 with the College's elite Diploma in Sporting Excellence (DiSE).

Jake Dennis Net Worth And Career

As mentioned earlier, Jake started his journey as a kart racer. His first karting championship was in the Corner Cadet class at the 2006 Super 1 National Corner Cadet Championship. He went on to win a few titles, including the U18 World Karting Championship and MSA British Junior Kart Championship. Then, the English driver moved into single-seaters and has since competed in several championships and earned considerably. So, Jake Dennis' net worth must be a considerable sum.

Afterward, the driver participated in the FIA Formula 3 European Championship with Carlin Motorsport in 2014. In 2016, he began competing in the GP3 series with Arden International and finished fourth that season. The following year, he moved into GT Racing and excelled in the GT ranks. Finally, in October 2020, he was announced as a BMW i Andretti Formula E driver.

For the 2022 season, too, Dennis continues competing for the team. Furthermore, he was a simulator and development driver in 2018 for Red Bull Racing. So now, let's take a look at some of Jake Dennis' career stats.

Jake has bagged a number of racing titles under his belt. For instance, he was crowned champion in the Formula Renault Northern European Cup and MSA Intersteps Championships. The England national also received the coveted McLaren BRDC Autosport Award, and at that time, he became the youngest driver to claim such a prestigious prize.

Also, the median annual pay of a Formula E racer is $61,198. So, Jake's salary must be around the range. Likewise, he must have signed sponsorship deals with several brands, which must be paying him significantly. Therefore, Jake Dennis' net worth must be a commendable sum. Furthermore, as he is still involved in the sport, he might earn more in the coming days.

Is Jake Dating Anyone At The Moment?

All thanks to his exemplary career records, Jake has come into the limelight. Many fans and followers adore his racing skills and are curious to know about him. But, the racer seems to be keeping his personal life away from the media and limelight.

Furthermore, the 6' 1" tall driver mostly shares about his professional work on his social media accounts. He rarely talks about his love life and avoids the media when asked about his romantic relationship. As a result, Jake Dennis' girlfriend remains a mystery.

Interestingly, going through his IG posts, many people have often mistaken Jake Dennis' sister for his partner. So, we can see how much he has kept his personal details private. Nonetheless, let's hope he opens up about his love life in the coming days. Who knows, he might be focusing on his career. Also, could he be planning to get into a relationship only after he becomes more successful?

All in all, Jake seems to be making his parents and sister proud, and we hope he continues to do so. Let's hope we get to see him race in the F1 in the future. We wish the English racer a life full of abundant happiness and blissfulness.