Thed Björk is a professional racer who has raced in many touring car series. Photo Source: Thed Björk's Instagram.

Thed Björk is not a new name in the motorsports world. He has been actively racing for more than two decades. In addition, he has competed in numerous races and won many titles.

The sportsman began as a kart racer from an early age. He successfully transitioned to car racing and turned professional in the late 1990s. Furthermore, the racer's career spans racing in Formula races, 24 Hours of Le Mans, DTM, World Touring Car Cup, etc. He has become an inspiring figure for many young drivers.

So, let's learn more about this racing personality's career beginning, family, and net worth in this biography.

The race car driver was born on December 14, 1980, in Vretstorp, Sweden. He is the eldest out of three children his parents welcomed and was raised in a loving family.

Thed Björk's late father is often credited for his passion for motorsports. The latter used to ride go-karts but couldn't compete due to financial reasons. So, Thed's dad tried to fulfill the racing dream via his children. Sadly, he passed away in July 2020. 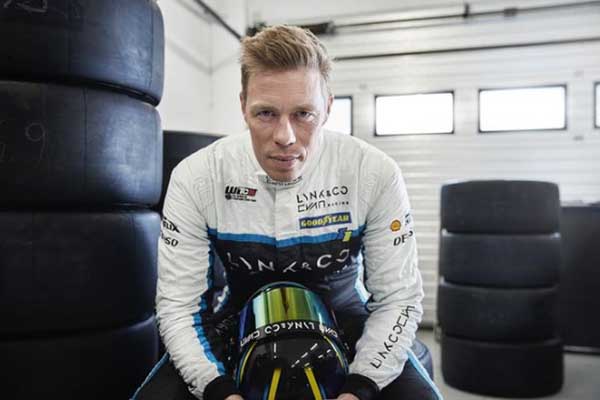 The racer got his first motorbike at three and a half. He was fascinated with it and rode it everywhere in his hometown. However, the young guy's speed caused him to crash and injure himself multiple times. As such, his dad bought him a go-kart at eleven.

The teen began learning karting the following year. However, he only decided to become a racer after watching former seven-time F1 champ Michael Schumacher's win against late Ayrton Senna at fourteen.

Björk dropped out of school at nineteen to pursue racing. Although he has no formal qualifications, he has fulfilled his racing passion.

Thed Björk Net Worth And Career

As mentioned earlier, the driver kicked off his journey as a kart racer in his teenage years. He initially competed in the mini class and ranked third in Göteborgs Stora Pris, Tom Trana Trophy, and Nordic Championship.

Finally, the kart racer made his breakthrough by winning the 1997 Swedish Championship. He made his Formula 3 debut the following year. Hence, Thed Björk's net worth is heavily influenced by his motorsports career.

The formula driver raced in the Swedish and Nordic Formula 3 race series and won both titles in 1999. His second championship victory came at the 2001 FIA Sportscar Championship for Sportscar Racing Team Sweden.

Let's see some of his races and his positions below:

Alongside earning fame, the driver must have made a considerable sum. As per ZipRecruiter, the average pay of pro racers is $20 an hour and $40,904 per year. Thed Björk's salary must be more than the given range, considering his many wins.

Thus, Thed Björk's net worth must be a notable figure from his racing profession. His total fortune must also be aided by the prize money he earned for winning various championships.

The professional race car driver has been a household name in the touring car series for more than two decades. His fans are increasing more each day and are constantly keeping up to date with his races.

Likewise, his admirers are curious about his private affairs. So, searches regarding Thed Björk's wife or girlfriend are nothing new. And to answer the inquiries, the Swedish racer is a married man.

Thed Björk's wife, Cecilia Björk Bang-Melchior, is the Head of Customer Experience at Volvo Cars Sweden. She is lovingly called Cissi by her husband and is featured on his social media heavily.

The pair hasn't precisely revealed when they began dating. But both must have dated for a certain period before getting hitched. Moreover, the couple married in 2014 and has enjoyed marital bliss since. 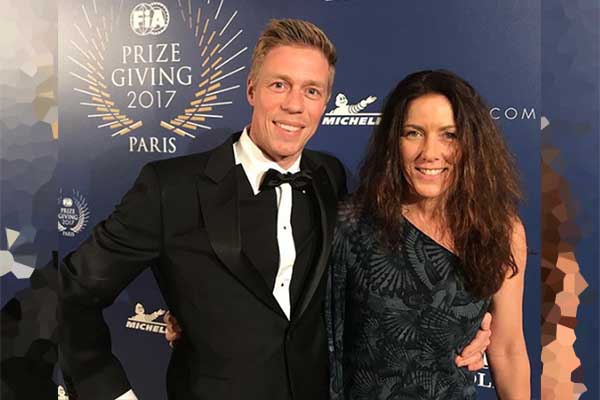 Björk Is A Father Of Two

Alongside having a beautiful spouse, the Swedish driver has been blessed with two kids. His daughter, Elena Nora Björk, his oldest child, was born in January 2007.

Thed Björk's daughter, Elena, seems interested in charity and was seen handing gifts to a fund on Instagram. She is also active on VSCO and shares her pictures there.

The sportsman's son, Thor Björk, was born on the night after the FIA WTCC Race of Hungary in April 2016. The former cycled from the paddock to the airport to return at the time of his youngest baby's birth. 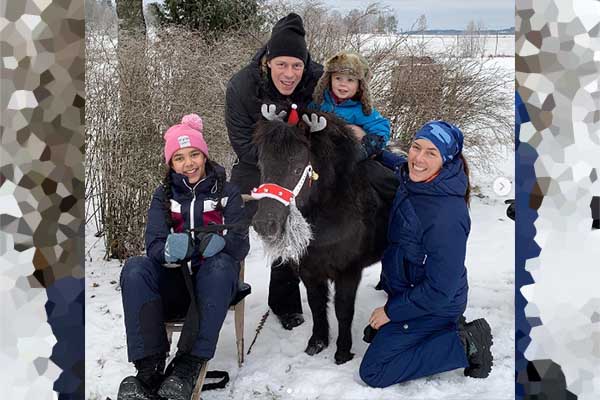 Thed Björk's children must be proud of his progressive racing career. His kids often attend his matches to cheer for him. So, let's wish the Björk family much more happiness and success ahead.