While Formula races are at the forefront of the world, motorcycle racing is popular in Europe. So, it's no surprise to see many English racers in Motocross or other championship. And joining the bunch is a former professional rider, James Whitham.

The sportsperson had a whirlwind of a racing career that spanned the British and International Championships. He won many competitions, including two British titles. However, several crashes and injuries made the former racer miss out on many seasons. Still, his legendary racing moments are forever remembered by his fans.

If you want to learn more about this talented motorcycle racer, keep reading this biography.

The former professional rider was born James Michael Whitham on September 6, 1966, in Huddersfield, Yorkshire, England. He comes from an extended family with three sisters.

James Whitham's dad, David Whitham, was an experienced pilot who lived a very eccentric life. He was also a motorcyclist and took his son to many races. The racer became fascinated with the bikes and soon started learning. Finally, his dad bought him a 125 Honda, and he began competing with it. 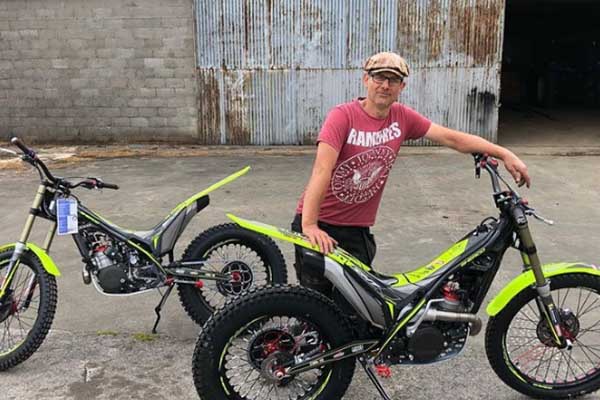 Likewise, James Whitham's mother might have supported his racing passion earlier. His siblings must also be proud of his racing accomplishments.

The young guy also received the guidance of retired racer Mick Grant. He had a reasonably smooth journey ahead with his family's support and his mentor's advice.

James Whitham Net Worth And Career

Like others, the bike rider started his career by racing in 125cc class. Then, he slowly moved up to bigger bikes and competed in national competitions.

The driver's first championship win was at the 1986 British 80cc Championship. He soon followed up by winning the 1988 1300cc Production British Championship. Later, he joined Suzuki for the TT races and won the 1991 MCN TT Superbike Challenge.

The champ debuted in Superbike World Championship for Ducati in 1994. He finished seventh in his first season before returning to the championship the second year. However, he contracted Hodgkin's Disease mid-season and had to depart. 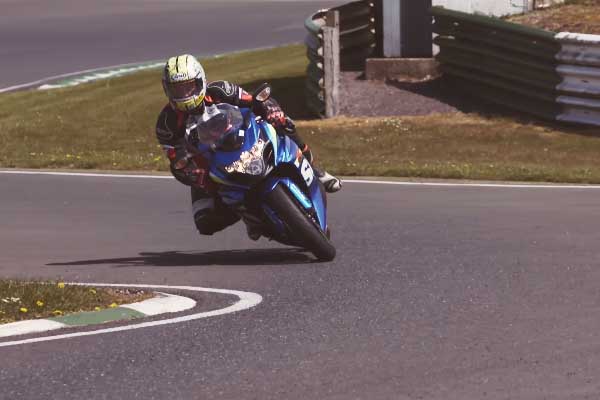 After undergoing six chemotherapies, the professional motorcycle racer returned to compete in the 1996 British Superbike Championship. He finished as a runner-up in the event. Moreover, Whitham competed for the Harris Suzuki team in the Superbike World Championship in 1997 and 1998. He raced in Supersport World Championship from 2000 to 2002.

Aside from contracting cancer, James also experienced terrible crashes and suffered many injuries. For instance, he broke his pelvic after crashing his motorcycle in the Brno circuit in 1999. Later, the rider was diagnosed with glaucoma and lost some sight in his left eye. He then announced his retirement in 2003.

Despite his retirement, the former pro racer must have earned a considerable sum. As Comparably states, the average pay of a professional motorcyclist is $64,168, Whitham's salary might have been around the same range. Moreover, he might have pocketed a considerable sum in prize money from all the championship titles he won.

Thus, James Whitham's net worth must have risen during his motorcycle racing days. Another individual who experienced a successful bike racing career is Neil Hodgson.

After retiring, James became a sports commentator for various television stations. For instance, he served as a motorcycle racing commentator for Eurosport, Channel 4, and ITV. He now covers IOMTT and WSBK news for EuroSport and ITV.

In addition, he has launched merchandise whose prices are tabulated below:

Besides that, the commentator has authored a book titled James Whitham: What A Good Do. It is available for $54.38 in Paperback and $13.30 for Hardcover format.

Thus, James Whitham's net worth must be a considerable sum from his coaching, television career, and book sales.

The motorcyclist has created a massive fandom with his incredible racing career. His fans are always eager to learn more about him every day. They are also curious whether he found anyone to settle down with.

So, questions regarding James Whitham's wife or partner are nothing new. And to answer that, yes, he was married to a beautiful lady Andrea Whitham.

The ex-pair hasn't precisely revealed when they first met or started a relationship. But looking at both's old photos, they must have begun dating during Whitham's racing years. In addition, the ex-couple must have married after dating for a certain period. 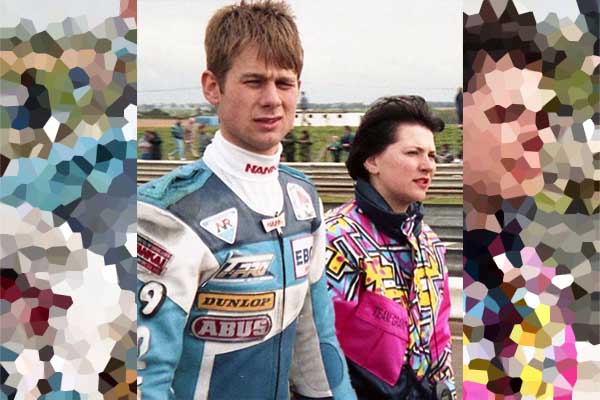 However, the ex-duo seems to have divorced. The former pro rider spoke of him separating with his ex-beau on his Twitter in 2012. Similarly, Whitham's ex-partner, Andrea's social media, doesn't hint at her being together with anyone.

James Is A Father Of A Baby Girl

The racing commentator welcomed his baby girl Ruby Whitham in November 2002. She was born a healthy baby weighing 6lbs and 14oz.

James Whitham's daughter, Ruby, also has a passion for racing like him. But unlike his two wheels, she participates in horse races. Furthermore, James' child, Ruby, has raced in several horse riding competitions. But, she prefers to stay away from the media. 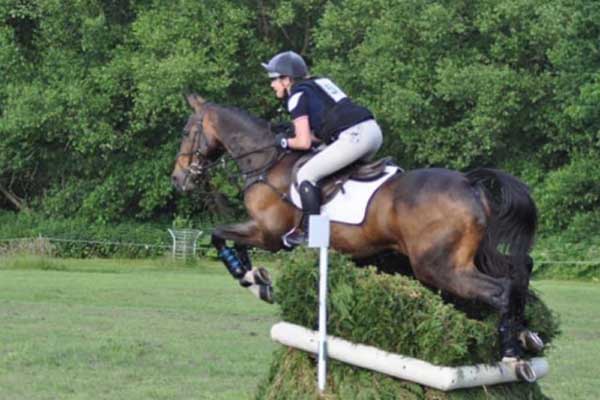 The former pro racer is very proud of his little girl and often shares photos of her on social media. He must never miss out on any of her races. Hopefully, we will see his baby, Ruby, gaining immense fame like him in the future.