Michael Schumacher is a famous former Formula One racer who began racing at an early age. He is a seven-time Formula One World Champion and is considered one of the most successful and skilled F1 drivers of all time by many sports analysts.

Michael, who dominated the F1 field from 1994 to 2004, holds the highest number of world championships shared with Lewis Hamilton, race victories, and most races won in a season (13). He was also one of the highest-paid sports personalities in the world. Now, let us learn more about Michael Schumacher's biography and his professional career.

Michael Schumacher was born in Hürth, which was a part of West Germany at that time, on January 3, 1969. Michael, born to Rolf Schumacher, a construction worker, and Elisabeth Schumacher, showed interest in racing when he was young. His brother, Ralf Schumacher, also followed in his footsteps and competed alongside Michael on several Formula One championships. 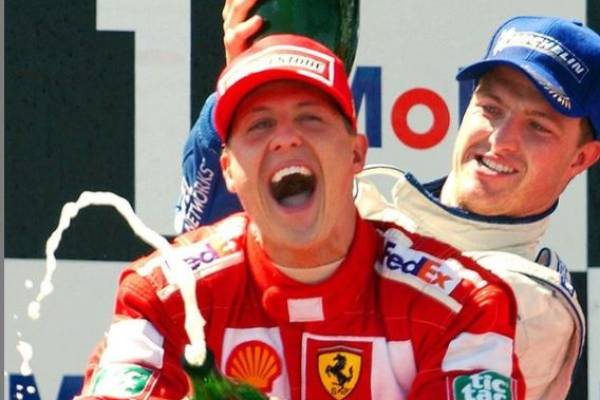 Michael Schumacher's parents worked hard to fulfill his dreams. When he was four years old, his father modified his pedal cart by adding a small motorcycle engine, and soon Schumacher was seen driving around at high speed. After he crashed into a lamp post in Kerpen, they took him to the rating track at Kerpen-Horrem. There, he became the youngest member of the karting club.

Michael is one of the best F1 racers who has set high records throughout his career. The skilled racer won his first club championship at the age of six. His father, who worked as a construction worker, took on a second job renting and repairing carts, and his mother worked at the track's canteen to support him. His family was not very well off at that time, so when his parents could not afford a new engine costing 800 DM, Michael continued racing with support from local businessmen.

Michael continued racing throughout his childhood and teen years. After he got in kart license at 12, he won many championships in German and European kart races. After becoming the German as well as European champion in 1987, he quit school and started working as a mechanic. In 1988, he participated in the German Formula Ford and Formula König series and won the latter. This was his first step into single-seat car racing. 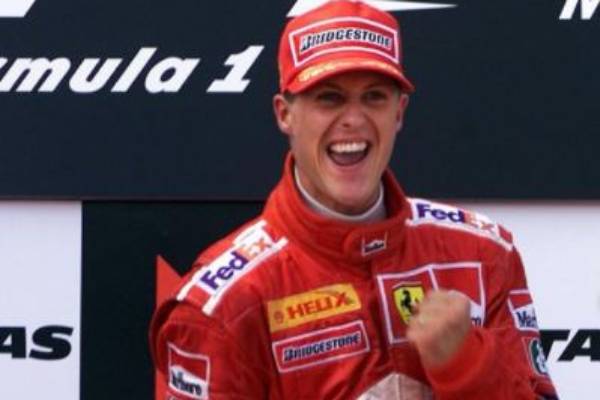 In 1989, Michael Schumacher signed with Willi Webber's WTS Formula Three team and competed in the German Formula 3 series. Funded by Webber, he won the title in 1990. Under controversial circumstances, he won the Macau Grand Prix in 1990. He also competed in the World Sports-Prototype Championship as part of the Mercedes junior racing program. At the end of the year 1990, Michael participated in several championships and won many titles.

The extraordinary racer, Michael, made his Formula One debut in 1991 with the Jordan-Ford team at the Belgian Grand Prix. Schumacher, who was still a contracted Mercedes driver, was signed by Eddie Jordan after Mercedes paid Jordan $150,000. Michael finished the 1991 season with four points out of six races, whereas his best finish was in the Italian Grand Prix, where he became fifth in his second race.

In the 1994 season, which was Schumacher's first drivers' Championship, he hit his stride when he won six out of seven races. However, in this season, Schumacher's Benetton team broke the sport's technical regulations. In 1996, Schumacher joined Ferrari after leaving Benetton a year before his contract with them expired. Ferrari, which was once a struggling team, became the most successful team in Formula One history, and for this, Schumacher, Ross Brawn, Rory Byrne, and Jean Todt have been credited.

Schumacher helped Ferrari place second in the Constructors' Championship ahead of his old team Benetton by finishing third in the Drivers' Championship in 1996. He earned his first victory for Ferrari at the Spanish Grand Prix.  Furthermore, he also helped Ferrari win the Constructors' title in 1999. During the period of 2000 and 2004, Michael won more races and championships than any other driver in history.

The rules changed for the 2005 Formula One championships requiring drivers to use only one set of tires for the entire race. With the change in regulations, the Ferrari team used Michelin tires over Bridgestone tires. The only race that Michael won in the 2005 season was the United States Grand Prix. In 2006, he announced his retirement, which was also the last season of Schumacher's Ferrari career. He retired for four years, and during this period, he acted as an advisor to the Ferrari team and Ferrari Jean Todt's super assistant.

In 2010, Michael made a comeback with Mercedes GP. His first drive of 2010 was at an official test in February 2010 in Valencia, where he drove the Mercedes MGP W01. For the 2012 season, Schumacher was again partnered by Rosberg at Mercedes. With the 2012 Brazilian Grand Prix, Schumacher's F1 career of twenty-one years concluded.

According to Celebrity Net worth, Michael Schumacher's net worth is estimated to be around $600 million. His total earnings comprise of his incomes from racing, contracts, endorsements, and real estate. According to Forbes, Michael is one of the highest-paid athletes of all time, with a yearly income of $30 million. In 1996, Schumacher joined Ferrari for a salary of $60 million over two years.

Schumacher earns $50 million from endorsements alone. Royal Dutch Shell or Shell once paid him $10 million per year to wear a hat with the company's logo. At the height of his career, Michael earned $80-100 million per year, which frequently made him the world's highest-paid athlete.

As he earned millions every year, there is no doubt that the former Formula One driver and his family enjoy a lavish lifestyle. Michael and his wife own a mansion in Gland, Switzerland, and also a horse ranch in Texas. In 2018, Michael's wife bought a $40 million property with 160,000 square feet in Majorca, Spain.

Michael is also a philanthropist who has donated possibly hundreds of millions of dollars to global charities. He granted his income from the last five years of driving, a total of $50 million, to UNESCO. Michael has also donated a total of 1.5 million euros to UNESCO over the years. He also paid for the construction of a school for underserved children in Dakar, Senegal. He also donated $10 million to help victims of the Indian Ocean earthquake. 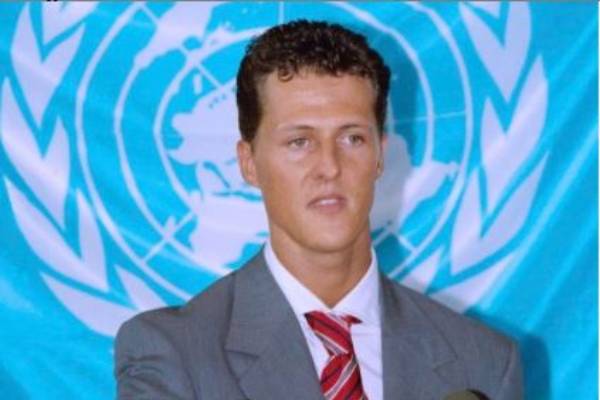 Additionally, the Formula One legend supports a hospital for child victims of war in Sarajevo and has donated $5 - $10 million to the Clinton Foundation. He has donated millions for other notable causes, which shows that Michael Schumacher has a heart of gold.

Michael Schumacher slipped and hit his head on a rock while he was skiing in the French Alps with his son on December 29, 2013. Despite wearing a helmet, he sustained a serious head injury and was airlifted to Grenoble Hospital. He underwent two surgical interventions and was put into a medically induced coma because of traumatic brain surgery through January and February.

Doctors began to wake up Schumacher from his coma in early April. After fully regaining consciousness on June 16, 2014, he was admitted to the University Hospital (CHUV) in Lausanne, Switzerland. He left CHUV on September 9, 2014, and was brought back home for further rehabilitation.

Michael Schumacher is married to Corinna Betsch. They got married in August 1995 and have two children. Their firstborn is a daughter Gina Maria Schumacher, who was born on February 20, 1997. Their secondborn is a son Mick Schumacher, born on March 22, 1999. Michael Schumacher's son, Mick, was announced as a driver for the Ferrari driver Academy in 2019 and now is set to drive for HAAS in 2021. 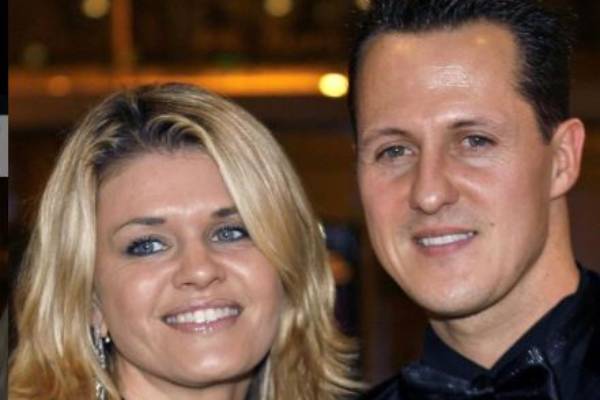 The Schumacher family resides in a mansion near Gland, Switzerland. Michael himself is very private and rarely shares any information about his family. But we hope we get to know more about the former professional race car driver and his family life.