Lirim Zendeli is an Albanian-German-Macedonian race car driver who rides for MP Motorsport in the 2021 Formula 2 Championship. Zendeli is one of the up-and-coming racing prodigies who has been rising through the racing ladder from an early age. As the reigning Geman Formula 4 champion, in 2019, Zendeli competed in Formula 3 with Charouz Racing System and has been promoted to Formula 2 in 2021.

Zendeli is a German-Macedonian-Albanian who has achieved so much more than what any individual would expect in his age. His hard work, determination, and passion for professional racing have made the young talent known to the racing community and fans. Zendeli has been rising from Formula 4 in 2016 to Formula 2 and has a dream of racing in the Formula One World Championship amongst the best race car drivers on the planet.

Additionally, seeing his love and drive to reach the top, if Zendeli does reach F1, it would not be surprising to his fans and people who know him. For now, let's learn more about the talented racer Lirim Zendeli's biography and his professional career.

The bright talent Lirim Zendeli was brought into this world on the 18th of October 1999. Zendeli was born in the city of Bochum in western Germany. Despite this, the racer is a German, Albanian, and Macedonian, as his parents were Albanian and are from North Macedonia.

Despite the lack of information on Lirim Zendeli's father or his mother, it is known that he found interest in racing through his father. He and his dad are both huge fans of racing sports. Zendeli used to sit along with his father and watch Formula 1 every Sunday on the TV as a kid. When his old man got him a go-kart, Lirim demonstrated to his father that he was much more than just a regular fan of the sport. He was much faster than any regular kart racer after just a few weeks at the kart track. 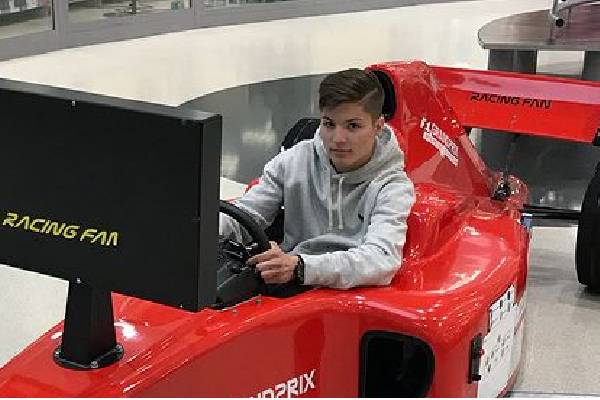 Lirim Zendeli has not disclosed much information on his mother and siblings. The young racer was born and raised in Germany and completed his primary education in the same country, and did not travel too much before joining kart racing professionally. But, his love for racing outpaced his school works as the little racer started kart racing throughout Germany from an early age.

The love and passion, along with his early start at the sport, is what shaped Lirim Zendeli's career to what it is now.

Career As A Pro Racer

Zendeli's first season in ADAC Formula 4 was a good one as the racer finished 13th in the series. He only got one podium in his inaugural season at Zandvoort. The German improved in his initial go at Formula 4 and finished fourth, winning three races. But the breakout year for him was 2018, as he moved to the US Racing-CHRS team and won the ADAC Formula 4 title with eight pole positions out of the possible fourteen. He won 10 races in that season and finished with over 100 points clear of his nearest competitor, Liam Lawson.

2019 and 2020 was an eventful year for the young racer as he participated in two FIA Formula 3 Championships and a Formula Regional European Championship and Toyota Racing Series. When Zendeli got into F3, he left his F4 team, ADAC Berlin-Brandenburg e. V. and Joined Sauber Junior Team for his first season. He competed in F3 with the likes of Fabio Scherer and Raoul Hyman as his teammates.

During his second season in F3, Zendeli signed with the Trident Racing team to partner with David Beckmann and Olli Caldwell. He scored his first-ever Formula 3 podium in the first race of the second Red Bull Ring round. Overall, Lirim Zendeli has achieved the following positions in the major events that he has participated in:

Lirim Zendeli Net Worth And Earnings

Throughout his racing career, Lirim Zendeli's net worth would be gathered up to be quite an amount due to his multiple wins and involvement in the series mentioned above.

As per Toyota Gazoo Racing, Toyota offers a total of $500K prize money for the Toyota Racing Series, divided among the top drivers. His eighth-place finish would surely get him a good chunk of that prize. Additionally, his victory at the Formula 4 event prized at $25K would also help Lirim Zendeli's net worth. Furthermore, Lirim is also sponsored by ADAC, Sali Ajdini, and other top brands.

All the income Lirim has been making would surely help him live a fulfilling life.

Lirim is a young German racer who's been in motorsport professionally from an early age. As expected from a teenage talent, the racer must surely have had a few girlfriends in his day. However, Zendeli is not so open about his personal life to the public. Anyway, it's safe to assume that Zendeli might have a special someone in his life, despite him not sharing any information about it.

Anyway, the decision of not opening up the identity of his lover even if he has one is up to the German-Albanian racer himself. Additionally, despite the lack of information on Lirim Zendeli's girlfriend, we hope that he is happy with whoever he's with. Along with that, we wish Zendeli a successful romantic life and possibly some children in the future as well.