David Beckmann is a German race car driver who competes in the FIA Formula 2 Championship and is a member of the Charouz Racing System. The prodigal racer has competed in multiple racing series and has been racing since 2015 professionally. David has gained popularity as one of the most hard-working and driven individuals to have competed in professional racing. The German who's worked with the teams like ART Grand Prix, Trident, Motopark, and Jenzer Motorsport seems to be liked by everyone who observes his racing. This has helped the young racer gain a lot of fans from an early age.

Beckmann has achieved so much more than what anyone would expect from a racer at his age. His hard work, determination, and love for professional racing have made the young prodigy known throughout the racing world. David has risen from Formula 4 in 2015 to Formula 2 seamlessly. Furthermore, similar to many other racers in lower leagues, the German dream of racing in the Formula One World Championship amongst some of the best race car drivers on the planet.

Additionally, seeing his passion and determination to reach the top, if Beckmann does reach F1, it would not be surprising to his people who know him and fans. For now, let's learn more about the talented racer David Beckmann's biography and his professional career.

The young and talented driver, David Beckmann, was born on the 27th of April, 2000, in Iserlohn, a city in Germany. David is one of the two sons of his parents. But the German racer has not disclosed any information on his brother. Similarly, no knowledge of his mother is out, but David Beckmann's father is Robin Beckmann. His father was the one who encouraged David to pursue racing and provided him with his first go-kart in 2008. The young German is very close to his father. David missed the FIA F3 finale as his father was suffering from a serious head injury. 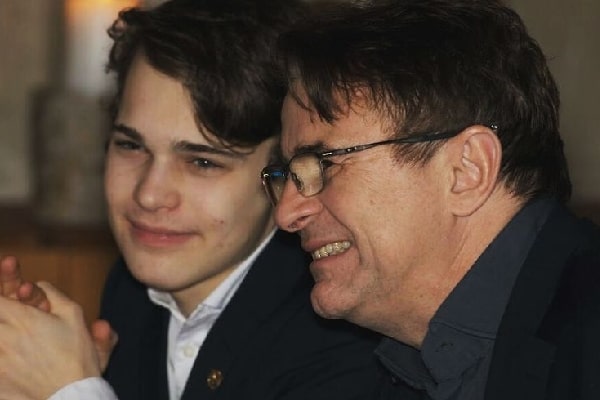 David Beckmann was introduced to the racing world through his father. Image Source: David's Instagram.

David was born and raised in Germany and finished his primary education in the same country. The German did not travel too much before starting kart racing professionally. But, his love for racing outran his school works as the young racer started kart racing throughout Germany from an early age.

The love and passion, along with his early start at the sport from the age of 8, is what shaped David Beckmann's career to what it is now.

Career As A Professional Driver

As mentioned earlier, David started kart racing in 2008. He had started collecting trophies for his karting wins from 2009 and kept the amazing karting career until 2014. It was only in 2015 when the racer started racing in single-seaters professionally.

Beckmann graduated to the F4 in 2015 as the racer who participated in ADAC Formula 4 and Italian F4 racing that year. The bright young racer aged just 15 ended his inaugural season finishing fourth in the Italian F4 and fifth in the ADAC F4. He was also crowned the rookie champion in the latter.

After his impressive initial season in F4, David graduated to the European Formula 3 in 2016. During his first season in F3, he raced with the same team he raced for in the F4, Mucke Motorsport. The young racer had to miss his first two races as he had not turned 16 then. He made his debut in the third round in Pau Grand Prix. Nonetheless, Beckmann finished the season with two podiums. 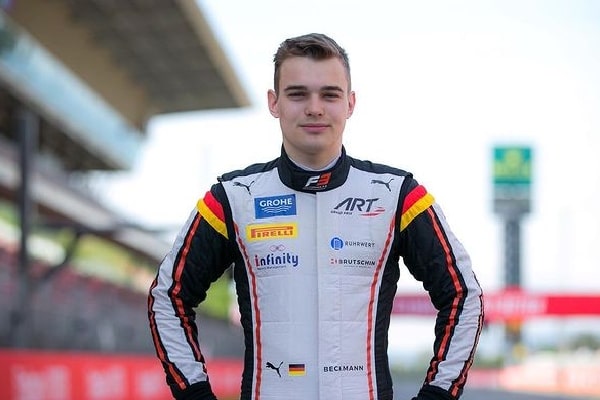 Similarly, David continued his run in F3 in 2017. Although, the German switched to the Van Amersfoort Racing, and after just three rounds, he moved to Motopark. Beckmann raced with the Trident where he raced with Lirim Zendeli and ART Grand Prix team with Christian Lundgaard and Felipe Drugovich, in the following years. David has achieved the following positions in the series he has been competing in.

Furthermore, David graduated to the F2 after the 2020 season. He joined the Charouz Racing System for the 2021 season to race in the FIA Formula 2 Championship.

The young German has not been in any major crash, but there's no saying what could happen next as the professional driving goes. Although, he was involved in a small incident with fellow driver Mikkel Jensen in 2016 in F3. David Backmann's crash did not cause any major injuries to the racer, but it has made the German more careful while driving. All these amazing seasons and his consistently good performance would surely raise David Beckmann's net worth to quite an amount.

Earnings And Net Worth

Throughout his racing career, David Beckmann's net worth would be gathered up to be quite an impressive amount. This is possible due to his multiple wins, podium finish, and involvement in various races and series mentioned above. Beckmann has always been one of the top performers in any races he's been involved in.

Additionally, his consistency at the Formula 4 and Formula 3 event prized at $25K would also help his net worth. Furthermore, David is also sponsored by Ruhrwert, Infinity, Brutschin, Grohe, Puma, Bell, and many other brands. All these sponsors would surely provide a good income for the German Racer. 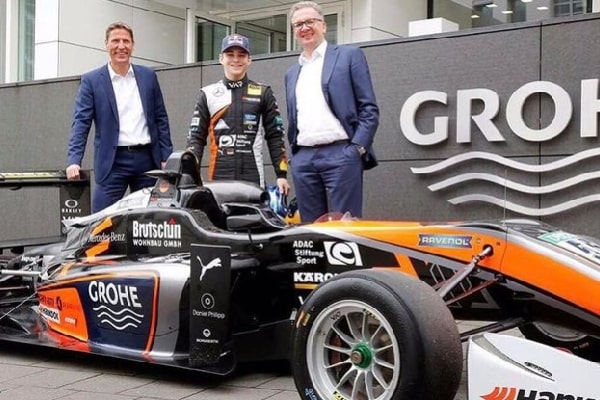 David Beckmann is sponsored by Grohe and many other companies. Image Source: David's Instagram.

All the income David Beckmann has been making would surely help him live a fulfilling lavish life.

As mentioned earlier, David is a young German racer who's been in motorsport professionally from the early age of eight. The racer might have had a few girlfriends despite his young age. However, Beckmann is not so open about his personal life to the public. Anyway, we can assume that David Beckmann might have a special someone in his life, despite him not sharing any information about it public.

Anyway, the decision to not open up his lover's identity even if he has one is up to the German racer himself. Additionally, despite the lack of information on David Beckmann's girlfriend, we hope that he is happy with whoever he's with. Along with that, we wish Beckmann a successful lovelife and possibly some children in the future.