Dan Ticktum is a British racing driver who was associated with the Red Bull Junior Team in 2017. He competes in the FIA Formula 2 Championship for the Carlin motor racing team. Dan is a two-time winner of the Macau Grand Prix. He is also currently a member of the Williams Driver Academy. There, Ticktum serves as the team's development and simulator driver.

Ticktum is a bright young talent in the racing world who has already been awarded the BRDC McLaren Autosport Award in 2017. His refreshing talents helped him get named as Autosport National Driver of the Year in 2018. Ticktum has enjoyed a successful career despite being a young fellow in the professional racing world.

The British driver has been an entertaining addition to the motorsport world and has been gaining fans and followers since his early teens. So let's go through Dan Ticktum's biography to get to know him better.

Daniel Charles Anthony Ticktum was born in London, England, on the 8th of June of 1999, into a family of businessmen. Though his parents' identity is unknown to the public, his father is a successful businessman from the UK. He is the eldest child of the Ticktum family. His parents have five kids, including Dan and his three younger brothers and a younger sister.

Though Dan Ticktum's father has not been involved in motorsports himself, he is an avid fan of the sport. Therefore, his father was the driving force behind Ticktum's pursuit of professional motorsports, and it's why he was passionate about racing since his childhood. This helped him get into karting since the early age of 8. 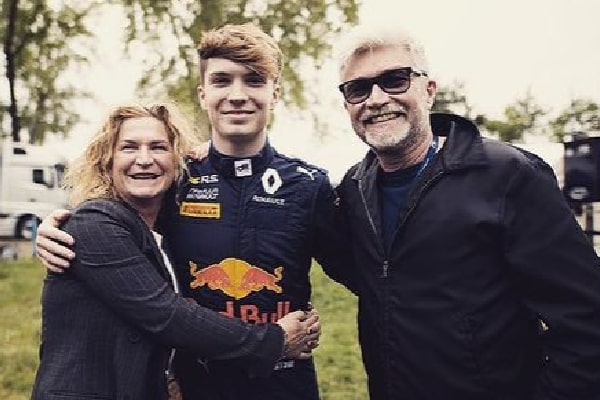 Dan Ticktum got into racing because of his father. Image Source: Dan's Instagram.

Dan Ticktum was born and raised in London, but his profession has allowed him to travel to countless countries. He was educated in a local school during his early life. Unlike the conventional educational institutions, he is a member of the Williams Racing Driving Academy. This is a program organized by the Formula One Racing Team, Williams, to develop and promote talent in various racing series by helping them with funds, which Ticktum joined in 2019.

His love and passion for motorsports ever since an early age has allowed Dan Ticktum's career to shape into what it is.

Career As A Racing Professional And Net Worth

As mentioned earlier, the British driver started karting at the age of eight. Ticktum enjoyed multiple successes in karting even before he turned into a teenager. He competed in multiple karting tournaments across Europe and won many of them. Some of the notable competitions and Dan's achievement in kart racing are mentioned below.

Dan graduated from MSA Formula with Fortec Motorsport in 2015. Since then, he has been actively participating in countless single-seater tournaments. During a race in MSA Formula in 2015, Ticktum overtook several cars while under safety car condition and crashed to Ricky Collard. Though this crash did not cause severe harm to anyone, Dan received a two-year ban from motorsport, among which was a year-long suspended ban. As the result of this action, Ticktum finished sixth in his inaugural season of single-seat racing.

Despite the initial setback in his racing career, Dan continued on his hard work and has been able to compete in tournaments such as Formula Renault 2.0 NEC, FIA Formula 3 European Championship, Super Formula, FIA Formula 2 Championship, and also in Formula One as a development driver. Among these tournaments, the driver has won the MACAU Grand Prix in 2017 and 2018 while working with the Red Bul Junior Racing Team.

Furthermore, all these projects that the British driver has been a part of would surely make up a large amount as Dan Ticktum's net worth.

Earnings and Net Worth

According to Macau Business, the prize money for the winner of the Macau Grand Prix is more than $30K. Dan has won the series twice, and the prize money he received would also add up to be a hefty amount to his fortune. Additionally, Ticktum was also the vice-champion in the 2018 Formula 3, whose prize money comprises €500K or $ 608K distributed among the racers. 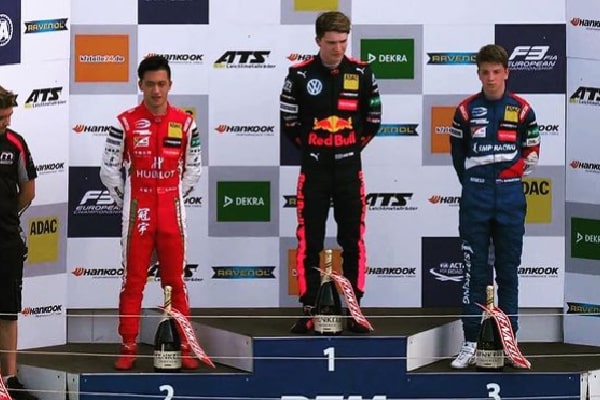 Along with this, all the other races that Ticktum has been in would provide him a good and regular income source. Furthermore, the fact that Ticktum has worked with the Red Bull Racing team and also with the Williams Racing team recently would surely add up to Dan Ticktum's net worth to be quite an amount.

All the riches Dan has earned him to live a happy life and enjoy his relationships.

Dan is a young British racer who has been in the racing sport professionally from an early age. The racer must surely have had multiple relationships throughout the years. Ticktum is not so open about his personal life in public. But like many other guys, he too might have a special person in his life, despite him not sharing any information on it.

Anyway, his decision not to disclose the identity of his lover even if he has one is up to the English racer himself. Despite the lack of information on Dan Ticktum's girlfriend, we hope the racer is happy with his life. Along with that, we wish the popular racing driver a successful life with a loving spouse and maybe some kids in the future.