Jehan Daruvala is an Indian professional racing car driver associated with Carlin Motorsport, competing in the FIA Formula 2 Championship. Jehan was a pupil of the Force India Formula One racing team. He got the chance to be associated with Force after being one of the three winners of One in a Billion Hunt organized by Force India in 2011.

Jehan Daruvala is a member of the Red Bull Junior Team. He is a bright prodigy from India, growing by bounds and leaps and currently competing in the Formula Two championship. Unlike many professional racecar drivers, Daruvala was not born in a motorsport family or a family with much interest in the racing sport.

However, Jehan got into the racing passion from the joy that the Indian felt while riding in a car. His true love for sports developed throughout his childhood as he began karting from an early age. His hard work and passion for sports have seen the young driver reach an amazing height in racing that not many people from his home country experience. So. today, let's go through Jehan Daruvala's biography and learn more about him.

Jehan Daruvala was born on the 1st of October of 1998 in Mumbai, a city in Maharashtra, India. Jehan belongs to a Parsi family residing in Mumbai. Likewise, Jehan Daruvala's father is Khurshed Daruvala, and Kainaz Daruvala is his mother's name. Jehan belongs to a family of scholars regardless of his own profession. His father, Khurshed, is the MD of Sterling & Wilson, an associate company of Shapooeji Pallonji Group. Additionally, Jehan Daruvala's sister is Delna Daruvala, who is not in professional motorsport like him. 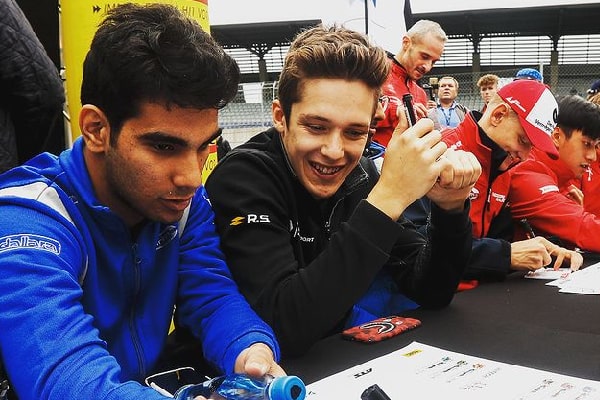 Jehan Daruvala has been involved in pro racing since the age of thirteen. Image Source: Jehan's Instagram.

With Fernando Alonso as his racing hero, Jehan began to think of racing more seriously. His passion led him towards recreational Karting before he developed the idea of motor racing as a career option, all while he was 9 years old. Along with his primary education at Bombay Scottish School in Mahim, Mumbai, Jehan started to take up racing and had the support of his family with him. Jehan has had an amazing career, accomplishing so much since his teenage years.

Jehan Daruvala's career has been shaped into what it is because of the efforts that he put into his love and the passion for sports since his childhood.

Career as a Pro Racer

Jehan kicked off his racing career by karting at the age of thirteen in 2011, winning various tournaments as champion and vice-champion across Europe and Asia. The coaching of Rayomand Banajee and his discovery of Jehan's talent early on in his life was the important foundation that the Indian racer has developed throughout his career and has a successful future. Additionally, Jehan won 2011 One in a Billion driver hunt organized by the Force India's team as one of the three winners. Jehan earned a place in their driver program and a break in the racing world due to that victory.

By the 2015 season, Jehan stepped up to single-seater racing in Formula Renault 2, working with Fortec Motorsport. He finished fifth in the Northern European Cup during his inaugural season and has tasted huge success since then. Subsequently, the Indian prodigy has had the opportunity to partake in various races throughout his career. He has participated in the Toyota Racing Series, Eurocup Formula Renault, FIA Formula 3 European Championship, and FIA Formula 2 Championship. Some of his achievements since his debut in the single-seater format racing are mentioned below.

Additionally, one of the more notable finishes that the Indian has had throughout the years includes his inaugural season at the FIA Formula Three European Series, where he finished sixth in 2017. Furthermore, all these endeavors that the racer has been a part of would surely make up a large amount and contribute to Jehan Daruvala's net worth.

In the early part of 2020, Red Bull announced that they had added Jehan to their junior team. Daruvala started to race with the Carlin Racing team in Formula Two. He scored the third position at the Bahrain Grand Prix with a first-place win in the series with them. Along with all the success, Jehan has had a few setbacks during his career. He was in a crash in 2015, Formula Renault 2.0, and also another in 2017. Though he has been in multiple crashes throughout his career, none of them have been serious ones. 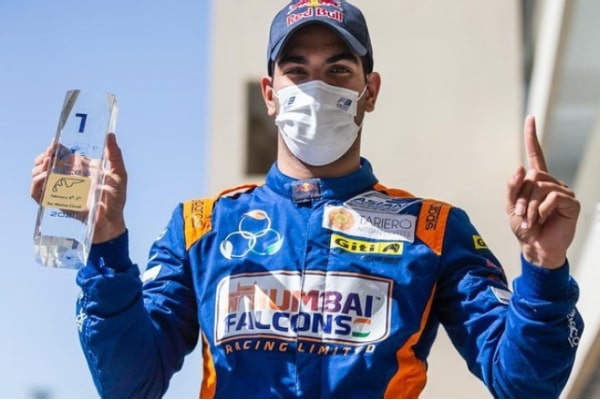 According to Toyota Gazoo Racing, Toyota is organizing a $500K prize pool for the Toyota Racing Series, divided into the top racers. Additionally, if Jehan's top finishes in both the FIA Formula 3 and FIA Formula 2, it would also add up sizable prize money to his fortune. Along with this, all the other races and the fact that the talented driver has been working with the Red Bull racing team recently would surely add up a big chunk in Jehan Daruvala's net worth to make it even grander.

With such a successful career, Jehan Daruvala's relationships and love life would also surely be noteworthy.

The Indian racing prodigy has had a lot of success throughout his young racing career. But the racer has an equally fulfilling love life. Jehan Daruvala's girlfriend is Maia Shroff, with whom he has been in a relationship for more than six years. Maia is a model and a theatre actress with a few acting credits under her belt.

Similar to Jehan, Maia is also based in Mumbai and lives together with the Indian racer. Jehan was friends with Maia for a long time before getting into a relationship. The couple shares various pictures of them on their social media. Though the duo's love is as strong as it gets, they haven't tied their marital knots yet. 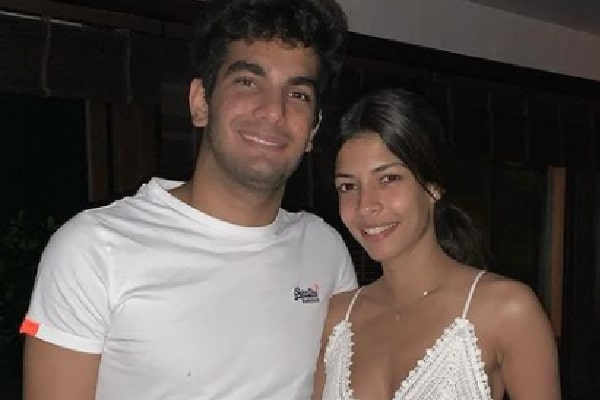 Jehan Daruvala has been in a committed relation for a long time with his girlfriend Maia Shroff. Image Source: Jehan's Instagram.

Though Jehan and Maia have not revealed anything, they would certainly like to get married in the near future. Along with that, the loving couple would also want to have some kids someday. Whatever they choose to do, hope, both of them have a happy and fulfilling life.