Liam Lawson is a New Zealand-born motor racing driver and one of the most prodigious talents among the current Red Bull Junior drivers development program. The bright racing prodigy has won many of his debut races and every category he has raced in. The New Zealander was the winner of Formula First, Formula Ford, Asian Formula Three, Formula Four, and the Toyota Racing Series before he even turned seventeen years old.

As stated earlier, Liam Lawson is a member of the Red Bull Junior Racing team and drives for the Hitech Grand Prix team in the 2021 FIA Formula Two Championship. The young talent has a bright future in the racing world, having already won the Toyota Racing Series, among other of his achievements before the age of 20. Additionally, despite his rise in the racing world, Lawson has been catching the eyes of the racing fans since the 2016-17 season, after he won the NZ F1600 Championship Series in his motherland of New Zealand.

As one of the most prodigal talents in the Red Bull Junior Team's driver development program, Liam has impressed everyone around him, including racing professionals, friends, and family, since an early age. Lawson was born on the 11th of February of 2002 in the city of Hastings, New Zealand. Watching racing with his father, an avid fan of the sport, helped develop a love for motor racing in young Liam.

Lawson got his first racing cart at the age of six, and the racer has been able to make his father, Jared Lawson, and his mother Kristy Lawson proud parents ever since. Though Liam has mentioned his parents' support and encouragement in his career, he has not disclosed any information on his siblings except that the Kiwi racer has an older sister. 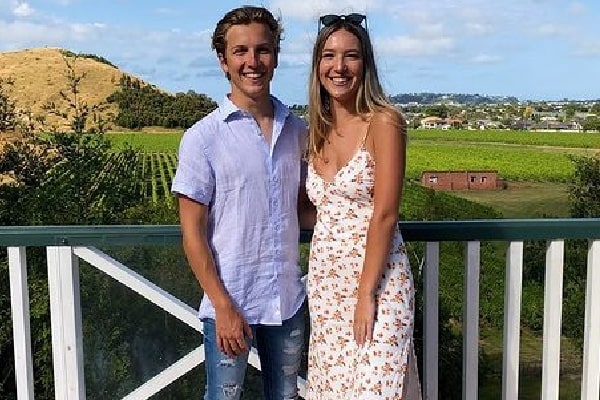 As mentioned earlier, Liam Lawson was born in Hastings, New Zealand, but the racer grew up in Pukekohe, a city in northern New Zealand. It was not until he got into professional junior racing that he started to travel to various other countries for his races. The young racer got his primary education in schools in both Hastings and Pukekohe, but not much is known about his further education ever since he started racing at a professional level.

His love and passion for racing at an early age is what has shaped Liam Lawson's career to be what it is.

Career As A Teenage Prodigy

By the age of 20, Liam Lawson has achieved so much throughout his early career that many people would only dream of. As mentioned earlier, Lawson began karting at the age of seven and competed in numerous tournaments across New Zealand in Junior leagues. After winning two local karting titles in 2014, Liam Lawson made his single-seater debut with Sabre Motorsport in the Formula First Manfeild Winter Series of 2015. Liam secured a win and ten podiums during that series and finished second overall. During the same year, Liam contested for the New Zealand Formula First championship, taking the podium three times, winning once, and finishing sixth in the series. Liam was awarded the Rookie of the Series for that performance with Sabre. 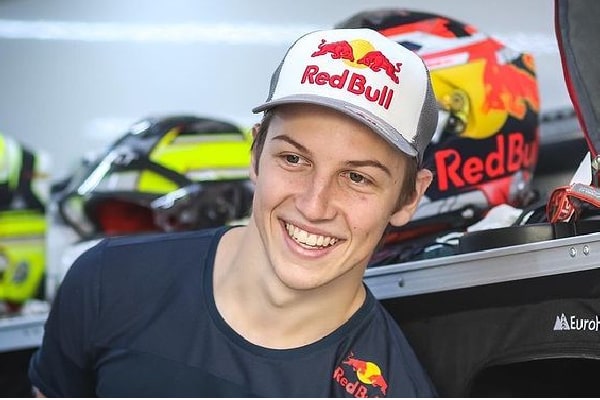 Liam Lawson has been racing with Red Bull for quite some time. Image Source: Liam's Instagram.

One of Liam Lawson's career's biggest achievements was during the 2016-17 season when Liam graduated to the New Zealand F1600 Championship series. There, Liam dominated the series claiming fourteen out of the fifteen victories, and became the youngest champion in the series history. Not only this, but this victory also made him the youngest ever racer to be crowned the Formula Ford champion in the world during that time.

Soon after, Liam participated in Mazda Road to Indy Shootout, completing as the fastest driver. Including his NZ F1600 Championship Series win, Liam Lawson has participated and finished well in the following races and championships.

As per Toyota Gazoo Racing, Toyota is managing a $500k prize pool for the Toyota Racing Series, which would be divided into the top racers. Additionally, Liam's victory in the F1600 would also add up hefty prize money to his fortune. Along with this, all the other races and the fact that Liam has been working with the Red Bull racing team recently would surely add up to Liam Lawson's fortune to be quite an amount. 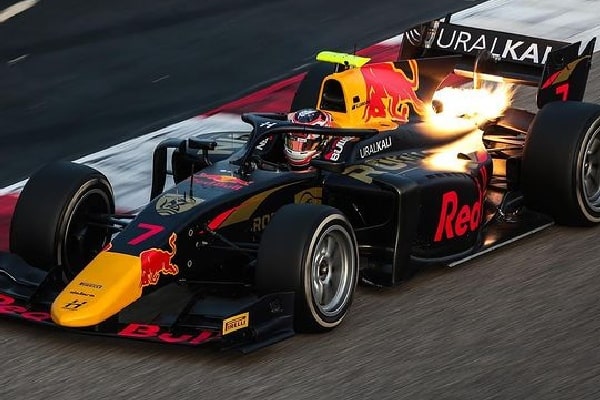 Liam Lawson is currently associated with the Red Bull Racing Team and has been on an amazing career path ever since his start in pro racing. Although his career hasn't all been a walk in the park. Lawson could not win the FIA Formula 3 Championship due to a crash that the Kiwi had suffered in 2020. Despite the fact, the young racer has not been injured much, and his determination and hard work forced Red Bull to sign the Kiwi racer.

With such an astounding career, Liam Lawson's net worth would also surely be noteworthy.

The Kiwi prodigy has had a lot of success throughout his career, but the young racer is quite young compared to many of the other people in his field of sports. Well, despite the fame, Liam is not so open about his personal life in public. But like many other guys, he too would surely have a special person in his life.

Although his decision not to disclose the identity of his lover even if he has one is up to the Kiwi racer himself. Despite the lack of information on Liam Lawson's girlfriend, we hope the racer is happy with whoever he's with. Along with that, we wish Lawson a successful life with maybe a loving wife and some kids in the future.