Marcus Armstrong is a motor racing driver from New Zealand. He is a member of the Ferrari Driver Academy and currently competes in the Formula 2 Championship for DAMS, an auto racing team from France. Since 2010, when he began karting, he has competed in several tournaments and championships.

Marcus Armstrong has established himself as one of the prominent race car drivers of his time. He still has a long path professionally, and no doubt that he will achieve significant success in the coming days. For now, let's learn more about the talented racer, Marcus Armstrong's biography, and professional career.

Marcus Armstrong was born in Christchurch, New Zealand, on July 29, 2000. He was born to his mother Angelique Armstrong and his father, Rick Armstrong. Marcus's mother, Angelique, is an interior designer and Director/Principal interior designer at Armstrong Interiors Ltd. The company was founded in 2014, and it specializes in bathroom and kitchen design.

Furthermore, Marcus Armstrong's father, Rick Armstrong, is a vehicle retail magnate who owns dealerships in various places in New Zealand like Christchurch, Wellington, Dunedin, and Palmerston North. He is the owner and managing director of the national automotive retail and distribution group, Armstrong's. The dealerships have several luxurious car brands like Mercedes Benz, Chrysler, Land Rover, Jaguar, Audi, Porsche, and many others. 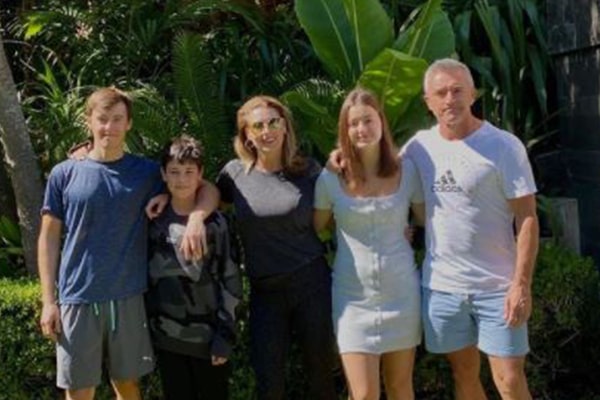 Marcus Armstrong grew up in Christchurch with his parents and siblings. He has a sister Paris Armstrong and a younger brother, Moses Armstrong. They all had a great childhood.

Speaking of Marcus' education, in 2014, the talented racer was a Year 9 student at St Andrew's College in Christchurch.

As stated earlier, Marcus Armstrong began karting in 2010, and it was only from 2011 onwards, he began winning major titles. In 2011, he acquired his first win in the National Championship. The following year, he made his first international appearance in the Rotax Festival Asia, where he finished fourth. Similarly, he finished third in the Shifter Kart USA Super Nationals. He graduated to single-seaters in 2014, and he was still karting at that time. He had graduated in the 2014-15 season of the New Zealand Formula Ford Championship.

While still karting, Marcus participated in BRDC British Formula 3 and the two Formula Renault 2.0 series in 2016. Furthermore, in the same year, he was invited to join the Ferrari Driver Academy, along with Enzo Fittipaldi, Simone Cunati, Lorenzo Colombo, and David Vidales. Later, in January 2016, he and Fittipaldi were confirmed as members. That same month, Armstrong was confirmed to race in the 2017 Toyota Racing series with M2 Competition. In the championship, he finished fourth overall and claimed three wins.

In 2018, Marcus had returned to the Toyota Racing Series and joined Prema for the FIA Formula 3 European Championship debut along with fellow Ferrari juniors Robert Shwartzman and Guanyu Zhou. In the championship, he won at the Norisring, and he claimed the fifth position. In December 2018, Marcus joined the Prema and M2 Competition for the inaugural racing of the FIA Formula 3 Championship and the Toyota Racing Series with the respective teams.

Marcus claimed five victories, but he could not win the title in the season-ending New Zealand Grand Prix to Liam Lawson. He joined Nicolas Todt's All Road Management scheme in April 2019. In November 2019, he took his first FIA F3 victory at the Hungaroring. Similarly, he claimed his back-to-back victory in the Belgian F3 Sprint Race. Moreover, he returned to contest the Macau Grand Prix, where he finished eighth in the overall race.

During a race in Austria, a crash between Robert Shwartzman and Marcus resulted in a first-ever FIA Formula 3 win to Jake Hughes. The two collided when Shwartzman swerved to Armstrong's rear right, eying the inside line and resulted in sending Armstrong into the gravel.

Marcus Armstrong has achieved significant success in the racing world, and he is still very dedicated to his career. There's no doubt that he will become one of the successful racers of all time.

Marcus Armstrong is one of the prominent racers of his time. With all the tournaments and championships that he has competed in, he must have earned considerably. Marcus Armstrong's net worth might be in millions. He has added such an enormous fortune to his name through various tournaments he has partaken in, prize money, and endorsement deals. As a racing car driver has an average salary of $40,904 per year, Marcu's fortune must have risen significantly over his racing career. 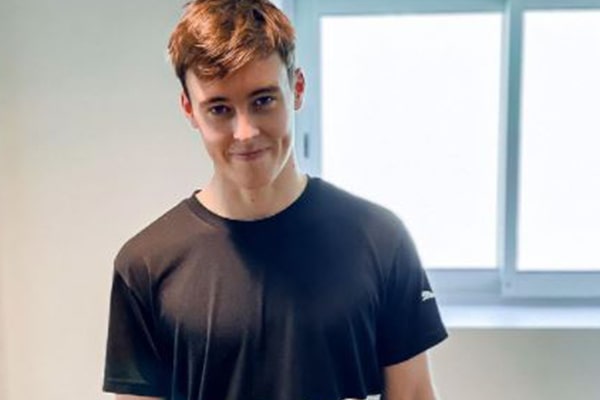 Moreover, the prize money for the title winner of the F4 champion has been decided as $48,670. So, his net worth had a good increment due to the prize money. Similarly, he also earns through endorsement and partnership deals. The fame and popularity that he has gained have helped him gain several endorsement and partnership offers from brands like PUMA Motorsport and many others.

Similarly, he might also have shares in his dad's business ventures. Nevertheless, the racer's fortune must be in millions due to his income through tournaments, prize money, and endorsement deals. All thanks to Marcus Armstrong's net worth, he is able to live a comfortable and lavish lifestyle with his family in Maranello, Italy.

Talking about Marcus Armstrong's girlfriend, much information has not been revealed yet. Despite the prominence that he has risen to, he seems to be preferring a private life. The handsome and talented racer, Marcus, lives a life away from the media and the limelight. He might be single at the moment. Well, that's something we hope to know more about in the future.

Even if Marcus is dating somebody, he prefers to keep it lowkey. Nevertheless, any girl who is in a relationship with a handsome racer like him must be really lucky. We can hope to know more about Marcus Armstrong's partner in the future.