Robert Mikhailovich Shwartzman, aka Robert Shwartzman, is a race car driver from Russia. Since 2020, he has been competing in the FIA Formula 2 Championship. In October 2017, he was added as the eighth member of the Ferrari Driver Academy. Robert, who started his racing journey in 2014, has won several championships and races.

No doubt that Robert has established himself as one of the prominent racers in the sports world. He still has a long way to go, and there's no doubt that he will achieve significant success in the future. So, for now, let's learn more about the Russian racing car driver, Robert Shwartzman's biography, and his professional career.

The talented rear, Robert Shwartzman, was born on September 16, 1999. He grew up in Saint Petersburgh, Russia, with his mother and father, Mikhail Shwartzman. However, there's not much information about how his childhood was like and his siblings.

Sadly, in April 2020, Robert lost his father due to Coronavirus. Robert's father, Mikhail, was 52 years old at the time of the death. When he was alive, he used to accompany Robert to the various matches. After the untimely demise, the racer took on to his social media to pour out his feelings. 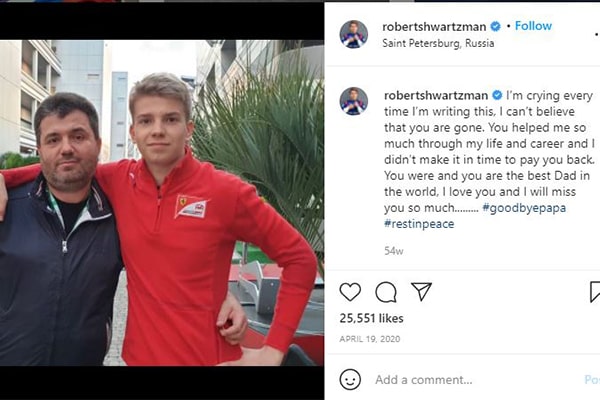 Well, Robert misses his father a lot, and he is dedicated to fulfilling his father's dreams.

Speaking of Robert's education, the details regarding that are yet to be revealed.

In 2003, at the age of four, Robert Shwartzman tried karting for the first time. One year later, in the Easykart International Grand Final, he tasted his first win. In the seven years of his professional karting career, he won several trophies in different kart events, which also include the Bronze medal in the KF-Junior Karting Championship.

In 2016, Robert tested at Motorland Aragon with the reigning series champions Josef Kaufmann Racing and moved to Formula Renault 2.0. In the Northern European Cup, he finished sixth in the standings and claimed two victories. Similarly, in the Eurocup, he finished eighth.

Robert stayed in Formula Renault 2.0 for 2017. However, he decided to switch to the R-ace GP team. Despite the loss of thirteen points to his team-mate Will Palmer and third place in the driver standings, he won six races. He had the podium finish at all rounds except at Circuit Paul Richard and Red Bull Ring.

In November 2016, Robert was listed as one of the drivers to participate in the post-season test at the Yas Marina Circuit. He tested for the Koiranen GP along with Patricio O'Ward, and Tarun Reddy for Day 1.

Robert made the debut in Toyota Racing Series during the 2018 off-season, where he competed for M2 Competition. He finished in the top five of all races and became the only driver to do so. He also won the Denny Hulme Memorial Trophy at Bruce McLaren Motorsport Park in Taupo in February 2018. He also won the Toyota Racing Series title ahead of Richard Verschoor and Marcus Armstrong.

Robert Shwartzman tested European F3 machinery with Prema Powerteam, along with Fellow Renault Eurocup race winner Gabriel Aubry in September 2017. After the test, he was included as the eighth member of the Ferrari Driver Academy. In December 2017, it was decided that he will race for Prema in the F3 European Championship in 2018. He secured his first European F3 win at the Red Bull Ring ahead of Mick Schumacher. Furthermore, he also won the final race of the Formula 3 European Championship in October 2018, ahead of Schumacher.

Robert debuted in FIA Formula 2 Championship in 2020 by joining Prema Racing, partnering with Mick Schumacher. He took the podium finish at the Red Bull Ring, which was his Formula 2 debut, and took 3rd place in the feature race. He secured his second victory at the feature race of the second Red Bull Ring round, and he dedicated that victory to his late dad.

Robert was yet to appear in the first practice session of the 2020 Abu Dhabi Grand Prix for Haas; however, he did not appear on the entry list. In August 2020, during the F2 Sprint Race at Silverstone, he had a collision with Mick Schumacher. When Schumacher attempted a bold move around the outside of Brooklands, Robert refused to budge, and they collided. Schumacher did not have any damage while Robert suffered damage to his front wing and he plummeted out of the top ten.

As stated earlier, Robert has amassed immense fame and fortune in his racing career. Robert Shwartzman's net worth must be quite grand, as he has participated in several races. Most of the riches amassed by him comes from the tournaments and championships that he has participated in. According to ZipRecruiter, a race car driver's average salary is $40,904 per year. Hence, Robert's fortune must have increased over the year. 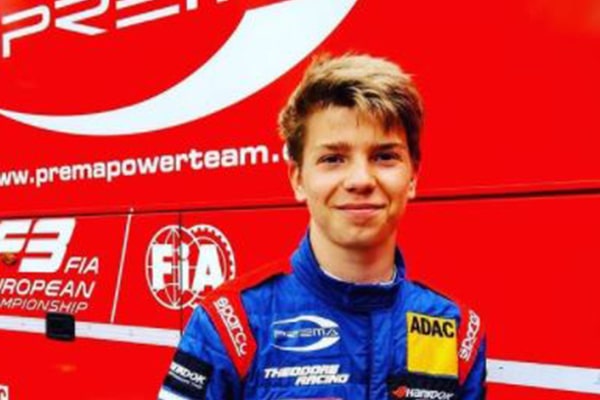 Furthermore, Robert also has a YouTube channel with 15K subscribers. He started the channel in July 2020. He earns $11-$172 per year through his YouTube channel. All thanks to Robert Shwartzman's fortune, he is able to live a comfortable life. He owns two cars, one of which was of his father's, which he rebought after his father had sold the car a few years back. He currently lives a happy life with his family in Saint Petersburg, Russia.

Talking about Robert Shwartzman's girlfriend, the information has not been revealed yet. Despite the fame and prominence that he has risen to, he seems to be preferring a private life away from the spotlight. The handsome racer might be single at the moment. Well, it's something that we hope that he will speak about in the future.

Even if Robert is dating someone, he prefers to keep his relationship away from the limelight. Nevertheless, any girl dating a handsome and talented racer like him must be very lucky. We can hope to know about Robert Shwartzman's partner in the future.