Richard Verschoor is a Dutch racing driver and a former member of the Red Bull Junior Team. He is one of the most talented young racing prodigies who has been racing in single-seater championships professionally ever since 2016. Verschoor won the SMP Formula 4 and Spanish Formula 4 championship as a debutant in 2016 and has gained a lot of fame ever since. Verschoor is one of the Netherlands' most impressive up-and-coming racers, having won the Macau Grand Prix in 2019. That victory made him the first-ever Dutch driver to win the Prix, winning it during his first attempt.

Richard Verschoor has been climbing the motorsport ladder with the utmost drive and determination, aiming at his biggest goal to race at the Formula One level. Ascending through the racing hierarchy, Verschoor went past Formula 4 and Formula 3 and is currently racing in the Formula 2 Championship. He has his eyes set on F1 and is determined to achieve the goal that's right over the horizon for the shimmering racer. For now, let's learn more about the talented racer Richard Verschoor's biography and his professional career.

The talented Richard Verschoor was born on the 16th of December of 2000. The Dutch motorsports professional was born in Benschop, a town in the province of Utrecht in the Netherlands. Richard is the only child in the Verschoor family. His father was a busy working man and got to see him once in a blue moon. Verschoor started racing to pass his leisure time when he got a go-kart as a gift from his father. His parents have supported the young racer in all his ventures, but he has not disclosed their identity. 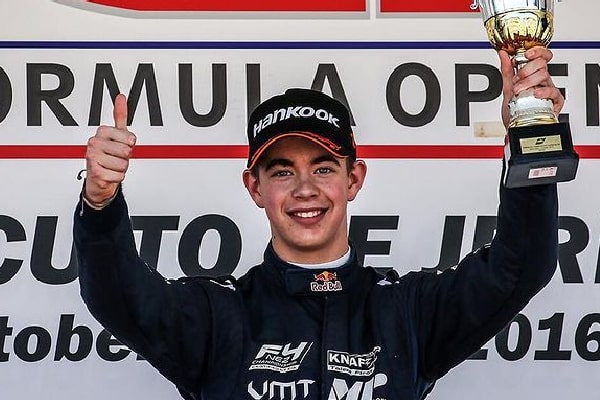 As mentioned above, Verschoor was born in Benschop, but unlike many other motorsports professionals, he grew up in his own hometown. The Dutch was one of the top students in his class during his school days. But, at the age of 11, he started kart racing at a local level and improved his driving skills, and steadily rose through the racing ranks.

His love and passion for racing at an early age is what has shaped Richard Verschoor's career into what it is now.

Career As A Racing Professional

During his early teens, Richard Verschoor took part in multiple kart racing series in the Netherlands. In 2014 Verschoor moved to the European karting series, where the racer won the CIK-FIA Karting Academy Trophy. He continued his karting glory when he won the German Karting Championship in 2015. Additionally, he also participated in the 2015 World and European CIK-FIA KF Championship, where he came out as sixth and third, respectively.

Verschoor was incredible in Karting tournaments he partook in and eventually debuted for single-seater racing in 2016. He joined the SMP Formula 4 Championship and won the opening race of the season. Richard became a member of the Red Bull Junior Team in the same year. Following this event, he won a series of ten consecutive races and took the championship title with three races to go.

Similarly, Verschoor participated in the Formula 4 Spanish Championship with MP Motorsport and won the second title in F4, showing his dominance in the series. He also competed in the ADAC Formula 4 with Motopark and Italian F4 with Bhaitech Engineering and moved on to better leagues since then.

Verschoor's relationship with MP Motorsports continued when the racer stepped up to Eurocup Formula Renault 2.0 in January of 2017. He finished ninth in the season, finishing first in the penultimate race. In December of the same year, Richard Verschoor's career alongside the Red Bull team came to an end, and he switched to Josef Kaufmann Racing. Josef racing had won two Eurocup driver titles with Lando Norris and Sacha Fenestraz, the two previous years.

Richard Verschoor raced in Formula 3 from 2019 to 2010 and is currently a driver for MP Motorsports in Formula 2 Championship. Verschoor was also the winner of the Macau GP in 2019. During a race in that Prix, he picked up steering damage, hitting the barriers on the way to his surprise victory. Richard Verschoor's crash was not of a serious nature but he got a lesson about discipline from the event. This has allowed the Dutch racer to prove his worth in more ways than one way.

As per Toyota Gazoo Racing, Toyota offers a $500K prize pool for the Toyota Racing Series, which would be divided among the top racers. His third and second position at the race would surely garner a sizable amount towards his pocket. Additionally, his two victories at the Formula 4 event prized at $25K and a win at the Macau Grand Prix with prize money of around $190K, distributed among the top racers, would also add up Richard Verschoor's net worth to quite an amount. Furthermore, his brand endorsements and sponsors such as Body Business, Profield, Mr. Fill, Bink Design, and much more would pay him a sizable sum as well. 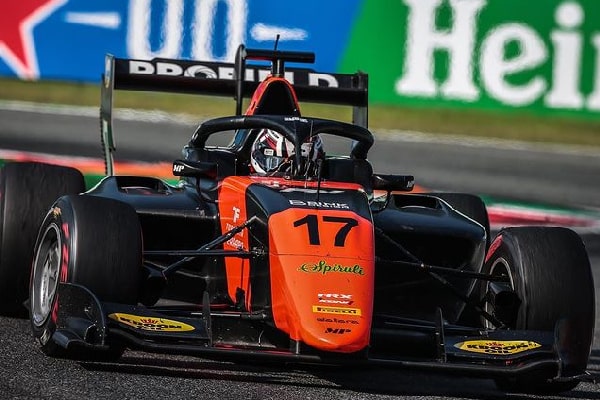 With such a successful career, Richard Verschoor's relationships and love life would also surely be noteworthy.

Verschoor is a young Dutch racer who's been in the racing sport professionally from an early age. As expected of teenage talent, the racer must surely have had a few girlfriends throughout the years. However, Verschoor is not so open about his personal life in public. Furthermore, it's safe to assume that Verschoor might have a special person in his life, despite not sharing any information about it.

Anyway, the decision not to disclose the identity of his lover even if he has one is up to the Dutch racer himself. Additionally, despite the lack of information on Richard Verschoor's girlfriend, we hope that he is happy with whoever he's with. Along with that, we wish Verschoor a successful romantic life and maybe some kids in the future.