Representing a family of professional racing drivers, Kelvin is determined to carry on the Linde family legacy. Over the years, he has established himself as one of the prominent figures in motorsport events, securing 89 podium positions while competing in 257 races.

Kelvin first caught the media limelight when he became the youngest ever winner of the Volkswagen Scirocco R-Cup at just the tender age of 17. Since then, the popularity of this South African champion has been on the rise.

As more people become aware of Kelvin's achievements, fans around the globe are eager to get a glimpse into his personal life. Here, we will go through Kelvin van der Linde's biography and look at the noticeable events in his life.

The famous motorsport athlete was born on June 20, 1996. Additionally, Kelvin and his brother, Sheldon van der Linde, were raised in Gauteng, a province in South Africa located on the Jukskei River between Johannesburg and Pretoria.

During his upbringing there, he attended a local school alongside his brother, Sheldon, regularly driving a family-owned golf cart himself.

Aforementioned, Kelvin comes from a family of professional racers and car enthusiasts.

Just like the racer, Kelvin's father Shaun was also a well-known racer in his home country. Photo Source: Kelvin's Instagram.

As a result, Kelvin van der Linde grew up to be a natural-born racer under the mentorship and observation of South Africa's top-class racing drivers.

Since early years, Kelvin would spend the majority of his time inside racing tracks. However, Kelvin's parents noticed that he was drawn to the smell of engine oil and brake dust in the garage before he could walk.

Furthermore, it was common to find young Kelvin inside his father's racing vehicle, meddling with the steering wheel and helmet. However, he recalls it being something special, growing up surrounded by racing cars. 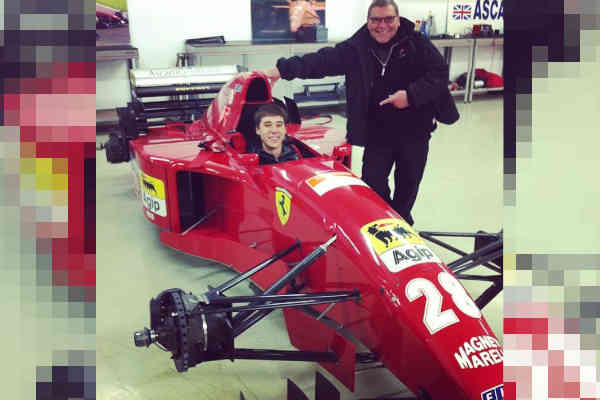 As Kelvin grew older, he began to observe his daddy's Shuan racing on closed circuits. Besides, Kelvin would also frequently spend his after-school hours on the computer with his brother, playing racing games.

Soon enough, Kelvin's parents realized his interest in racing and introduced him to karting at the age of eight. Since then, weekend kart practice and racing were a regular occurrence for little Kelvin.

"Becoming and being a racing driver was never a deliberate choice but is my destiny."

Kelvin's statement implies that the athlete has been clear and focused on becoming a professional racing driver since his early days. Hence, Kelvin started training regularly at the age of eight and established an impressive career garnished with several domestic and international trophies.

The professional driver, Kelvin van der Linde, began his career in kart racing. He has competed in various national kart competitions since the age of eight, and despite being the youngest in the field, he quickly achieved success. Between the years 2006 and 2010, young Kelvin won multiple South African Karting Championships.

After achieving greatness on national circuits, the racing driver relocated to Germany to compete in European championships. Kelvin made even more history in 2013 when he won his first international title. In addition, he became the youngest ever winner of the Volkswagen Scirocco R-Cup at the age of 17. His achievement earned him a spot as a Volkswagen-sponsored junior driver for the 2014 season.

Kelvin van der Linde's career highlights are shown in the table below:

Kelvin's early success propelled him to the position of Audi Factory driver, and he has been competing as a professional racing driver for the company since 2015, winning some of the world's most prestigious events.

Leading to his success, he also served as a test driver for the Audi Sport ABT Schaeffler team during the 2019/2020 ABB FIA Formula E Championship.

Following on from his triumph the previous year, Kelvin won back-to-back European titles when, at the age of 18, he became the youngest ever ADAC GT Masters champion, driving an Audi R8 LMS Ultra. Kelvin shared the 2014 ADAC championship title with his co-driver, René Rast, a German professional driver.

However, Kelvin struggled to defend his title in the upcoming years, not even securing podium finishes for three years. It wasn't until the ADAC GT Masters 2018 that Kelvin finished second in the tournament. A year later, he reclaimed the championship with another Audi Factory driver, Patric Niederhauser.

Kelvin's notable achievements include victories at the 24H Nurburgring, one of the highest-level endurance races. 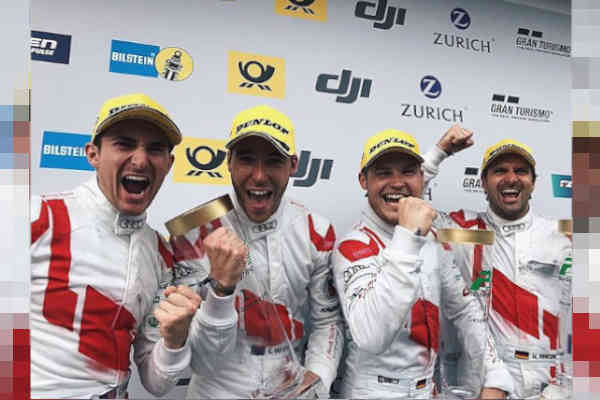 He won the championship in 2017 alongside three other colleagues Connor De Phillipi, Christopher Miles, and Markus Winkelhock, after driving for hours in terrible rain conditions. He accomplished this feat while driving for team Land Motosport in his Audi R8 LMS.

With his early success, the emerging South African racer has stunned the world. Consequently, motorsports enthusiasts are eager to know about Kelvin van der Linde's net worth as he continuously gathers fame in the profession.

Although the sports personality has not spoken publicly about his income, we can presume his assets are ever-growing thanks to his achievements. From domestic kart championships to the most prestigious international racing tournaments, the prize money won by the motorsports athlete is likely to have amassed a sizable fortune.

Kelvin van der Linde's net worth consists of tournament winnings and salary from the team he represents. He made the most of his revenue from motorsports events as he is engaged in the racing business from his young days.

As previously stated, the Audi Factory driver has won some of the most reputed major racing tournaments like ADAC GT Masters, 24H Nurburgring, Suzuka 10H, etc. These competitions offer cash prizes ranging from $30,000 to $120,000.

Furthermore, Kelvin has represented several teams throughout his racing career. The average salary provided by the track team for their professional drivers varies from $30,000 to $40,000 per year. Given Kelvin's success and eminence in the field, his payroll should be around the same scale.

Finally, in 2015, Kelvin signed a contract with Audi as their factory driver. Since then, he has competed as a professional driver for the brand, winning several distinguished events. Although the exact income of the Audi Factory driver is unknown, Kelvin must earn a respectable salary, considering his accomplishments.

As the dashing Audi sports driver gathered wealth and fame, fans are curious to get info on Kelvin's relationship. But, unfortunately, many of us are left wondering about his girlfriend as there is no evidence of romance in his social media accounts or interviews.

According to reports, Kelvin spends most of his off-season in South Africa, relaxing with his family and friends. 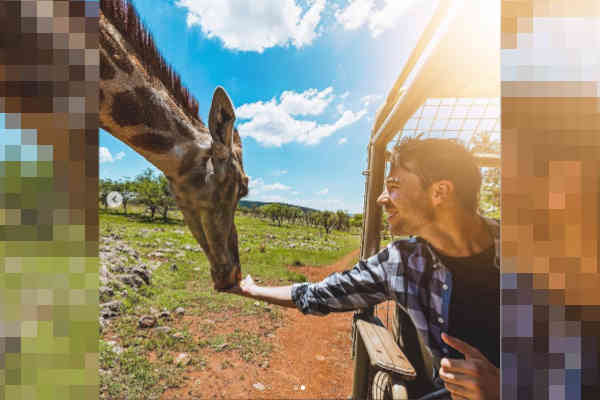 Kelvin spends most of his off-season back in South Africa. Photo Source: Kelvin's Instagram.

Perhaps Kelvin's love is brewing in his homeland, where he spends his winter vacations, or in Germany, where he resides during racing seasons. Nonetheless, he has yet to comment on his partner at the time.

As the popularity of this young South African athlete is growing by the day, we are hopeful of hearing about Kelvin's date soon. However, since Kelvin is devoted to his career and focused on decorating his resume with more titles, he might be single at the moment.

Single or taken, we can be sure that Kelvin is living up to his dreams of becoming a professional driver and competing at the highest level of motorsport events.