Belen Garcia is a Spanish racing driver who is known for being a part of the all women W Series. Photo Source: Belen's Instagram.

Spanish racing driver Belen Garcia is not a new name in the racing community. She is a well-known female racer who has been actively racing since she was a child. However, the motorist is mainly known for her participation in the all-women series W Series.

Born and raised in a family full of motorsport enthusiasts, the Spanish beauty became interested in racing since she was a toddler. The athlete's family has always been encouraging her to pursue her dreams.

So, let's go through Belen Garcia's biography and find out about her professional success.

Belén García Espinar is a Spanish W-Series racer who was born and raised at L'Ametlla del Vallès. She was born to parents Jose Luis Garcia and Pilar Espinar on July 26, 1999. She was raised alongside her sister Elena Garcia in their hometown, a small village in Spain near Barcelona. 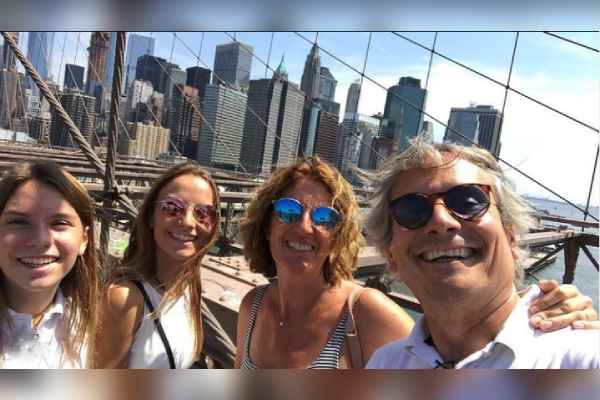 The Spaniard has a younger sister named Elena Garcia. Belen Garcia's sister is pursuing a degree in international business and marketing. The siblings seem to share a close bond with one another. Elena also shows up to watch Belen's races whenever possible.

As for her parents, Belen Garcia's father is a professional rally driver. This meant that she was introduced to motorsport since she was a baby. The father-daughter duo would race bikes before Belen developed an affinity for karting.

The racer has not revealed much about her schooling. However, in a video, she did open up about how she had to prioritize her education over her career. Nonetheless, she is an immensely talented individual who could pursue her engineering degree while still demanding a career.

Belen Garcia grew up around her father's love for racing. Jose was a professional rally driver and would often take her out to his events. Eventually, her father's influence got her into riding, and she started to ride a crossfire bike at the age of six. Then, just three years later, at the tender age of nine, the racer started kart racing.

While Belen was interested in the professional racing scene, she could not start her career early like most racing drivers due to a lack of budget. So instead, she made her debut in the 2015 Spanish Carting Championship.

Belen Garcia wanted to make racing her career as a teenager. Thus began her journey of racing. The racing driver's professional career began after her 2015 participation in the Spanish Karting Championship. She has participated in 5 seasons of the karting championship. Her highest placement was seventh in the 2020 season.

The Spaniard racer has been working hard to work her way up in championships. Belen Garcia has taken part in multiple Formula 4 races and even won the Spanish Championship's female trophy in 2019. However, the motorist has shown grave interest in moving upwards and reach Formula 1 racing one day.

Correspondingly, Belen Garcia was able to move upwards and become a Formula 3 racer. The athlete was selected to race in the 2020 season, but unfortunately, it got canceled due to the pandemic.

Garcia did, however, race in the 2021 season, where the racer has shown an immaculate performance that has been loved by many. She is currently competing in W Series against other racers like Jamie Chadwick, Marta Garcia, Miki Koyama, and Nerea Marti.

Some of the races Belen has participated in since 2015 are listed below.

Belen Garcia has been working hard to end the sexist gap between men and women in the motorsport industry. Despite being a woman, she is working hard to prove that she is as capable as a man in racing cars.

Moreover, in the ongoing W Series qualifying session, the Spanish driver was involved in a heavy crash with five other drivers. While Belen, Sarah Moore, Abbie Eaton, and Fabienne Wohlwend were all cleared by the medical team, Beitske Visser and Ayla Agren had to be transferred to the hospital for further tests.

Thankfully, none of the drivers involved had serious injuries and the race was resumed soon after.

In addition to racing, Belen Garcia is also a professional pole vaulter. The racing driver has been active and athletic since she was a toddler. She developed her affinity for pole vaulting and is a part of the Club Atletic Granollers.

The racer calls pole vaulting her hobby. Belen seems to have picked up the hobby because it is a demanding sport and requires a lot of physical strength. But, hobby or not, she is certainly good at it. Moreover, she is also a registered competitor.

Belen Garcia Net Worth And Earnings

As a renowned racing driver, Belen Garcia's net worth must be substantial. However, the F4 championship winner has never spoken openly about her finances. Nor are there any credible sources that have calculated her worth.

However, with a few personal details known about her through her social media, it is known that she spends a comfortable life with her loved ones. The motorist is also very content with her lifestyle. 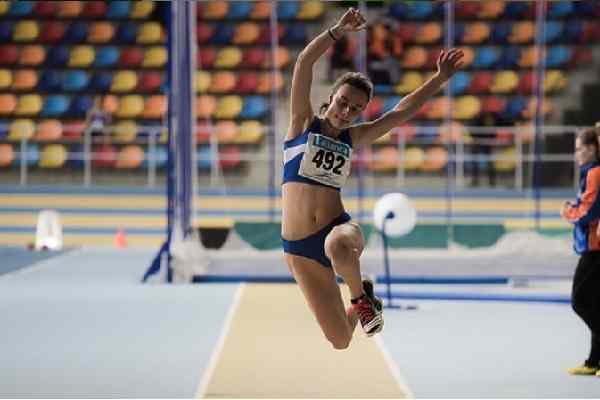 Belen Garcia has participated in and won many competitions. For example, W Series has a prize budget of $1.5 million, out of which a hefty $500,000 goes to the winner. Then the remaining $1 million is distributed amongst the other participants. This system will certainly allow the racer to gain some income even if she doesn't win.

An F4 championship winner in the USA earns $25,000 as the grand prize and $1,500 per round. Therefore, assuming that the Spanish F4 Championship too pays a similar amount, Belen Garcia could have won a substantial amount of money from her participation and wins in said event.

Moreover, Garcia has also been sponsored by several companies, which helped her earn a considerable sum.

Last but not least, if Belen Garcia decides to make a living utilizing her engineering degree, which she is currently pursuing. She will earn upwards of $65,000 annually based on the nature of her job. Although it would lack the thrill of racing, Belen will certainly earn enough to live comfortably.

Young and beautiful Belen Garcia is certainly moving promptly towards the peak of her career. Her participation in multiple racing tournaments and athletic career has propelled her fame to new heights. This has led to many questioning and speculating about her personal lives and relationships.

The pole-vaulter is dating a guy named Xavier Lloveras. Although it is unsure when and how they started dating, the couple is very close to one another and seems to be in love. Belen Garcia's boyfriend, Xavier, is also a race car driver. 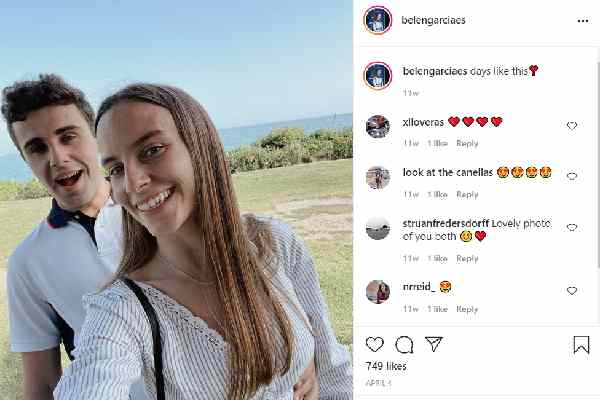 The handsome hunk is also Spanish and competes in the GT4 European series. Xavier Lloveras is very supportive of his girlfriend's career.

Before meeting Xavier, Belen was possibly dating Pere Marieges. Unfortunately, next to nothing is known about the ex-couple as they have kept things under wraps. However, it is known that Belen Garcia's ex-boyfriend Pere is an architect who is very passionate about his work.

Belen Garcia is highly focused on her career as a racing driver. Moreover, she is working hard to leave her mark on the tracks. We wish her all best and hope to see her shine in the future.