Nerea Marti is an emerging female racer who is also a competitor in the W Series' 2021 season. Photo Source: Nerea Marti's Instagram.

Nerea Marti is an emerging race car driver in the racing world. She has already made her name in the sports industry at such a young age. However, the athlete's age doesn't hinder her from overtaking the cars of other veteran racers on the race track. Her speed and driving skills resemble that of experienced racers.

The sportswoman has participated in many races till now. She has shown tremendous performance in her matches. Sadly, the young racer still has to score a win in car racing. However, Nerea was successful in winning the regional championship in karting at the age of fifteen.

So, who is Nerea Marti; let's get to know more about her in this bio.

The sportsperson was born on January 2, 2002, in Valencia, Spain. Her father was a former bike racer who had left the profession to start a bar in their hometown. But in 2011, the latter opened a kart track alongside his brother. From then on, Marti's racing career began. After that, however, she only started practicing for fun. The young Nerea got more serious about racing in her later years.

Nerea Marti's mother was apprehensive about her motorsports career, just like other moms. However, she never tried to stop Marti from pursuing her racing dream. So, the race driver got a good start on her career. 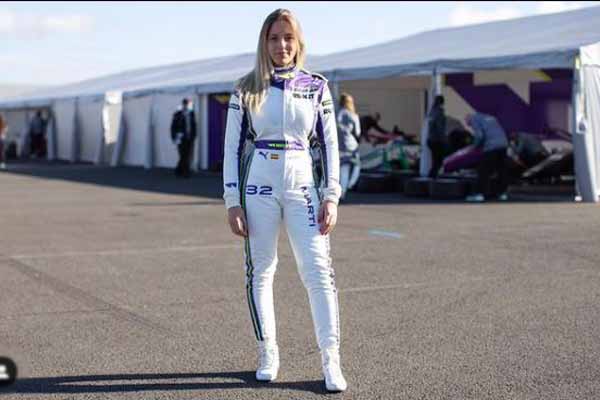 In addition, the racer's parents also formed a team named Karting Horta Nord in 2015. She began competing from there. As a newly formed group, they initially lost, but Marti soon became known for her skills on the track.

The young car racer is also currently studying in high school. She has a plan of going to study marketing and public relation at the university.

Aforementioned, the young athlete began her career as a kart race driver. She competed in many local karting championships and bagged several victories. The athlete's constant hard work was getting recognized by many Spanish teams. Then, in 2017, Praga Espana Motorsports offered her a deal. Nerea became the official driver of Praga the same year.

Afterward, the sportsperson began practicing with the team for months. Nerea soon mastered overtaking skills and learned consistency in driving. With the now improved skills, Marti competed in the 2017 Spanish Championship. She finished in the seventh position at the junior level. 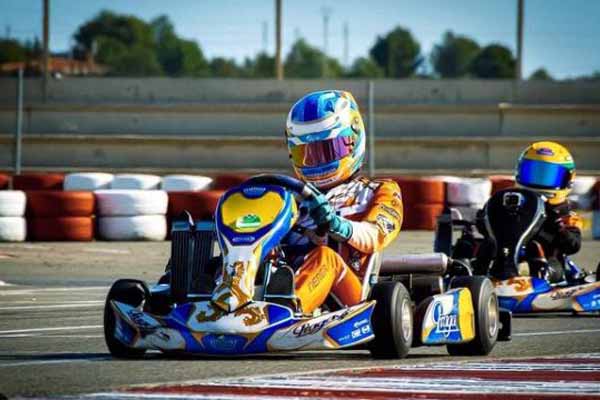 The talented racer also became a runner-up at the 2018 Rotax Series at the national level. She then moved forward to formula racing with the help of her team Praga Motorsport.

Just like other racers, Nerea Marti also has a dream of competing in formula-one races. She made her debut in formula racing at the 2019 F4 Spanish Championship. The race driver competed in twenty-one races and scored a podium. In addition, she drove Tatuus T014 and ranked second on the Navarra circuit.

For a newcomer, the Spanish racer performed very well on her first formula racing. She also kept her calm till the end of her match. Despite not ranking higher position, the sportswoman got a good experience out of her competition. In addition, it also opened new opportunities for her. As a result, she was named as a participant at the 2020 W Series.

For a new racer like Nerea Marti, the W Series is a golden opportunity in her career. The series was successful in its first season in 2019. At that time, British racer Jamie Chadwick had secured the title in her name. Similarly, the ranking was followed by Beitske Visser, Alice Powell, Marta Garcia, Emma Kimilainen, Fabienne Wohlwend, Miki Koyama, Sarah Moore, Vicky Piria, Tasmin Pepper,Sabre Cook, Jessica Hawkins, and so on.

The 2020 W Series was going to be the second season of the all-female racers championship. But, unfortunately, it was canceled by the organizers due to the Covid-19 pandemic. Moreover, in its place, the 2020 W Series Esports League was organized. It was participated by the previous twelve top players and eight new drivers.

Nerea Marti also participated in Esports, where she competed in twenty-seven races. She finished the game in fourth position, and eventually, Beitske Visser won the competition.

Afterward, the Spanish racer made her debut in the 2021 W Series with Academy Series. Its first round was on June 25, 2021, in Spielberg, Austria. 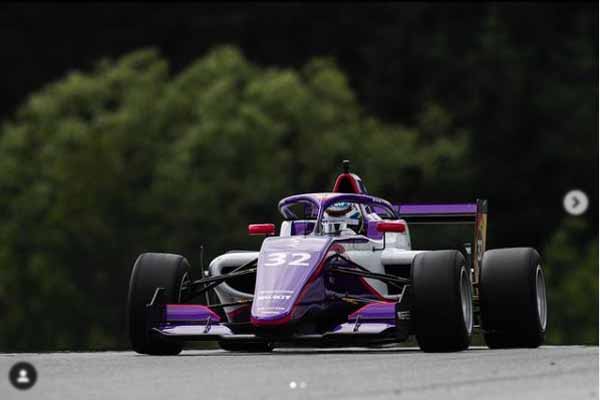 The race car driver had some problems in the practice and qualifying rounds. However, she was able to give a solid performance in the first round. Unlike Jamie Chadwick and Beitske Visser, Nerea was able to complete the course without any crashes. She also ranked in the seventh position. Furthermore, Alice Powell won the first race with Sarah Moore and Fabienne Wohlwend following behind.

With the good results, the Spanish race driver is pumped up for the upcoming matches. She is also training hard to give good performances.

Nerea Marti Net Worth And Earnings

The sports personality has made herself known in a brief period after her debut. She is one of the most anticipated drivers in the 2021 W Series. So, Nerea Marti's net worth mainly comprises her earnings from her racing career. Her income includes her prize money and contract deal with her agent. Besides, there are multiple brands and companies that endorse her.

The racer, however, hasn't revealed her income to the public yet. She is currently competing in the 2021 season of the W Series. The series had a $1.5 million prize fund for its competitors with $500,000 a reward for the champion in its 2019 season. It hasn't announced its prize money for the 2021 season. Still, if the race driver wins, she might get the prize money around the same range.

Like other players, the sportsperson is also endorsed by different companies and brands. She is sponsored by 1% Motorsport, Red Bull, Rokit, Cool Performance, Ya-Car Racing, Play & Drive, etc. These companies provide funds for her to progress more in her career. Additionally, the formula racer is also endorsed by Spanish companies Lexus Castellon, Lexus Espana, Minue & Bisou, Red Bull Espana, etc.

Furthermore, the sportswoman's racing apparel is also custom-made for her. PUMA Motorsport designs her racing suit. The brand is also responsible for her racing car. In addition, Jota Designs customizes Nerea's helmet.

With these multiple brand deals, Nerea Marti's net worth must have increased over the years.

The gorgeous race car driver is currently enjoying her life with her family. She hasn't revealed her relationship to the public. Moreover, Nerea Marti's boyfriend isn't present in any of her Instagram posts. Additionally, she hasn't mentioned her partner in any of her interviews. So, as of now, Nerea is possibly single.

The former champion is set to fulfill her formula-one dream in her life. She is also highly competitive and self-demanding as such spends hours on practice sessions. Contrary to other female drivers, Marti didn't feel gender discrimination in her earlier years in Spain. So, she doesn't consider her gender to be an issue in racing but instead believes her talent and skills are significant. 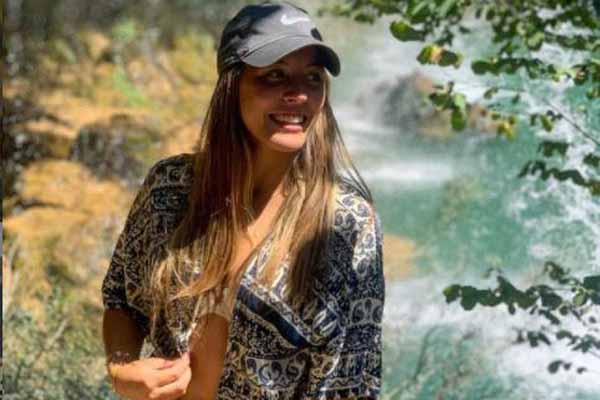 Likewise, off the track, Nerea Marti spends her time with her parents. She loves cycling and traveling to different places. Moreover, the racer also doesn't miss out on her gym sessions. She takes her fitness seriously and includes track work and other athletics in her workout routine.