Miki Koyama is one of the leading racers of the 2021 W Series. Photo Source: Miki Koyama's Instagram.

Mihime Koyama is a well-known Japanese race car driver. She has amazed the sports fans with her incredible driving skills and fast pace on the race track. In addition, the athlete is also representing her country in the world of car racing. She is an inspiration for female race car drivers.

The sports personality won two consecutive KYOJO CUP. She has shown her racing skills in many competitions. Moreover, the sportswoman is also the winner of the VITA Championship. She made herself known in Europe after participating in the 2019 W Series. However, the journey to the W Series hasn't been smooth for the racer.

So, who is Miki Koyama; let's get to know about her in this bio.

The sportsperson was born on September 5, 1997, in Yokohama, Kanagawa Prefecture, Japan. She was born in a family of passionate motorsport fans. In particular, Miki Koyama's father, Ryotaro Koyama, has always loved racing, and her mother, Masayo Koyama, has also shared the same enthusiasm. Furthermore, the athlete got an interest in car racing due to her parents' influence. 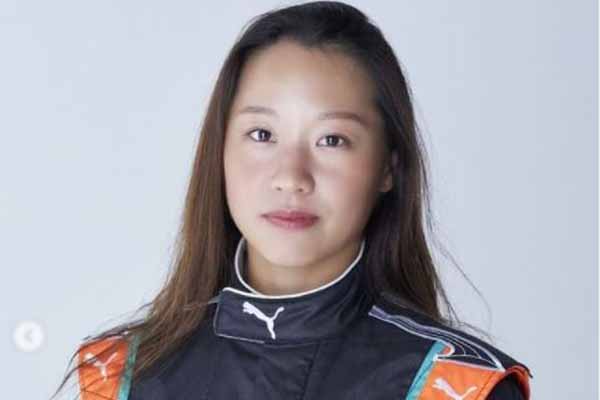 Miki Koyama got her love for motorsports from her parents. Photo Source: Miki Koyama's Instagram.

Koyama got her first bike at the age of four. She loved riding it around her house. However, the race driver only decided to pursue a career in sports a few years later. After that, Miki Koyama's father, Ryotaro Koyama, bought her a kart to participate in kart competitions. He has also been a great backer of her career and provided her with money at the earlier stages.

Unfortunately, her parents' money couldn't last long, so the young racer collected fundings by herself. She also worked as a waitress in a restaurant in Tokyo. However, young Miki was often bullied by other people in the workplace. Still, after working for a year, Miki was able to save $32K (£23,500).

Additionally, the racer could not focus on her studies with her racing career and quit the study at the Junior High level. Still, she needed to be fluent in English to compete in the international racing championships. And so, Koyama enrolled in a language school in the Philippines in later years.

Sadly, she was again ridiculed for her poor English and given a kindergarten textbook. But, the young racer was determined to learn and finished her course.

The sportsperson had a difficult beginning in her career. Due to the lack of finance, she had to search for a sponsor, which wasn't easy. Eventually, a Japanese businessman funded Miki's racing. It opened the doors for the race car driver to compete in the championships. 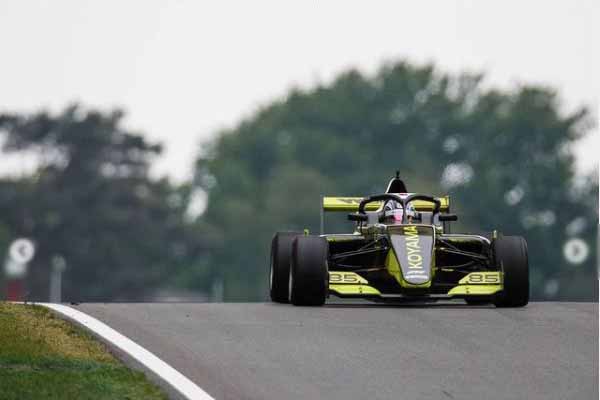 Miki Koyama struggled on her earlier years of career due to the lack of funds. Photo Source: Miki Koyama's Instagram.

Miki Koyama began her career as a kart race driver. She was a runner-up for the 2010 Haruna Cup Junior Max Class Final. Moreover, the kart racer has participated in numerous karting championships in Japan before turning her focus on formula racing. She also attended the Formula Toyota Racing School for training.

The Japanese race car driver made her formula debut in the 2015 F4 Japanese Championship. She joined miNami aoYama with SARD in the competition. Additionally, Koyama drove Dome F110 for four races but could only finish in the fiftieth position. Still, her performances were praiseworthy for a rookie.

The sportswoman made her comeback in the 2016 F4 Japanese Championship Certified by FIA. She competed in two races with Dome F110 and finished in 32nd position.

Moreover, Miki's appearance in the 2017 F4 Japanese Championship Certified by the FIA also bore a similar result. She joined leprix sport and performed in thirteen races. Moreover, Koyama finished in the thirty-fourth position.

Additionally, Miki Koyama continued her winning streak in the 2018 KYOJO Joshi Cup. She participated in four rounds and won three of them. In addition, Miki Koyama also beat the first overseas driver of the Kyojo Cup, Beitske Visser, and retained her title.

Furthermore, the sports athlete also participated in many formula races and international championships. Her rankings on the matches are tabulated below:

The Japanese racer was one of the female drivers at the 2019 W Series. The competition was organized to eliminate the marginalization of female athletes in the racing world. It also allowed female drivers to get closer to pursue a formula one career. Furthermore, many notable race car drivers Jamie Chadwick, Alice Powell, Sarah Moore, Sabre Cook, Jessica Hawkins, Ayla Agren, Marta Garcia, etc., also participated in the championship.

The sportsperson performed well in her qualifying match. She ranked fifteenth in the 2019 W Series Assen. Moreover, the race driver competed in six races with her Tatuus F3 T-318 at the 2019 W Series. She was able to score the fastest lap at the Hockenheim circuit. As a result, with thirty points, Miki Koyama finished in the seventh position.

The title was won by British race car driver Jamie Chadwick followed by Beitske Visser and Alice Powell. Furthermore, the show also awarded $500,000 to the champion, $250,000 to the runner-up, and $125,000 to the third-ranked contestant. It also distributed its $1.5 million prize fund to twenty participants. 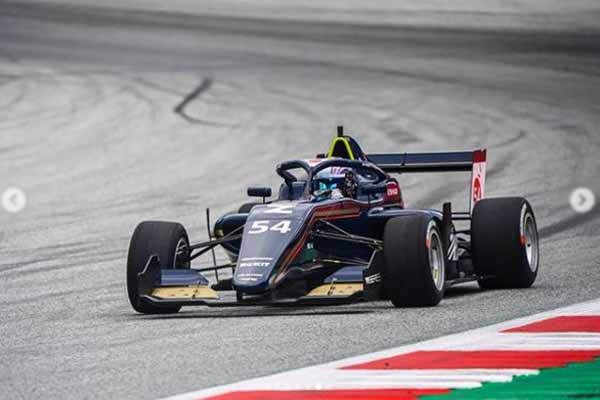 Miki Koyama is returning to the 2021 W Series with a determination of winning the title. Photo Source: Miki Koyama's Instagram.

Miki Koyama also got an opportunity to appear in the 2020 W Series. But, sadly, the races were canceled by the organizers due to the COVID-19 pandemic. However, the former Kyojo champion has made her comeback in the 2021 W Series. The first round was on June 25, 2021, in Spielberg, Austria.

The sportswoman joined Sirin Racing and drove Tatuus F3 T-318 for her first match. She started in the fifth position in the race and pushed forward to catch up with the front racers. Unlike the reigning champion Jamie Chadwick, Koyama didn't suffer any crashes from other cars.

Additionally, she was also able to keep steady momentum behind Jessica Hawkins and didn't allow Chadwick to overtake her. As a result, Miki Koyama finished in the sixth position. British race car driver Alice Powell won the first round of the 2021 W Series.

For Miki Koyama, the match ended satisfactorily. She was also able to keep her concentration till the end of the game. Moreover, the first round has inspired the racer to perform better in her upcoming matches.

In addition to W Series, Miki is also participating in the 2021 Super Formula Lights Championship. She has signed a deal with B-Max Engineering for the competition. As of June 2021, the driver has raced for three rounds with her Dallara F320. Her upcoming match is on August 27, 2021.

Miki Koyama Net Worth And Earnings

Despite having a lack of fundings in the initial stage, the sports personality has made her name in the racing world. She has also amassed both fame and fortune from her career. Moreover, Miki Koyama's net worth mainly comprises her earnings from her racing career. Her prize money and signing deals add up to her salary.

Besides that, Koyama also benefits from brand endorsements and sponsorships. Aforementioned, the race driver received a share of the $1.5 million prize funds from the W Series. Her income from other competitions might also be around the same range.

Miki Koyama is one of the lead female racers in the sports industry. As such, she is endorsed by famous brands and companies. Furthermore, the sports athlete is a spokesperson of PUMA. Therefore, her racing apparel is designed by the brand. In addition, her car is also custom-made by PUMA Motorsport. However, this year Miki's car is customized by the Sirin Racing team. 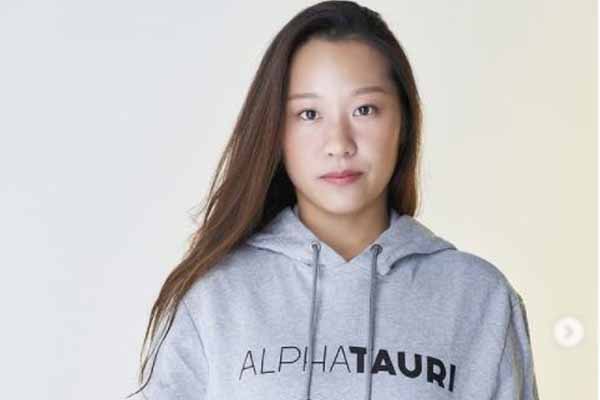 The formula racer is also sponsored by Sportiva, Alpha Tauri, CHUBU, Bmax, Sound Kids, KNC, EKC, Toyota Gazoo Racing, etc. She also promotes the products of Dr. Dry, Redbull, and Ogura Clutch. In addition, the driver's helmet is manufactured by Arai Helmets and Hidecks. So, Miki Koyama's net worth must have increased throughout her career with the help of endorsements and sponsors.

The W Series racer is currently enjoying her time by practicing and participating in various competitions. She is giving priority to her career at the moment. So, the athlete is possibly single. In addition, Miki Koyama's boyfriend is not mentioned in any of her interviews and social media posts.

The gorgeous race car driver is also a private person as such rarely posts pictures of her parents. However, she has credited them as the reason behind her career's success. 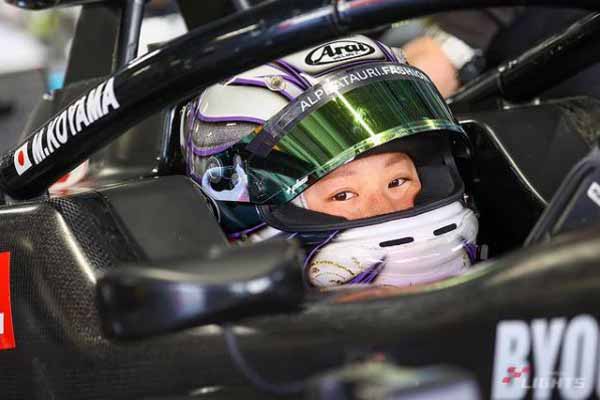 Miki Koyama has a dream of eliminating the marginalization of female racers in the racing industry. Photo Source: Miki Koyama's Instagram.

Koyama is also philosophical about female racers in motorsport. She understands the difficulties women racers face in the racing world and considers those obstacles to boost her determination. Additionally, Miki doesn't let the negative comments hamper her performance.

The journey of Miki Koyama to the W Series is remarkable. Plus, with her fighting spirit and hard work, she will indeed succeed more in the future.