Sabre Cook is one of the prominent female car racers in the sports industry. She has been part of the racing world for more than a decade. In addition, the race car driver has won the hearts of many sports enthusiasts with her overthrowing technique and racing styles. She is a tough competitor on the race track.

The sportswoman began her racing career as a kart racer. She won her first World Championship in a TAG Junior Kart at the age of thirteen. Since then, the athlete has tackled many obstacles and secured victories in her matches. Moreover, she got more recognition after ranking the third position in the 2019 W Series - Assen.

Here, we will get to know more about Sabre Cook's life and career.

The race car driver was born on May 21, 1994, in Grand Junction, Colorado. Her father, Stacey Cook, is a former motorsport racer who also had a love for karting. Furthermore, he built his own race track alongside Sabre's grandfather, uncle, and an additional investor in 2001. Sabre used to practice karting with her father on the same race track.

Sabre Cook's mother, Melissa Kinlaw, wasn't pleased with her habit of karting on the race track. Still, she changed her views after realizing the young Sabre's passion. In addition, the athlete used to spend her childhood days playing with guys and her brother. Cook's brother Tristan Cook is two years younger than her. 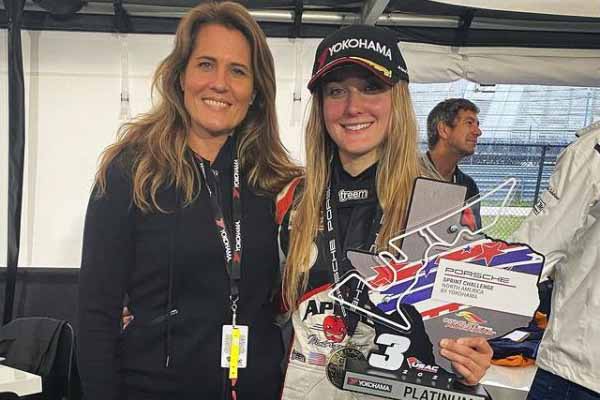 Sabre Cook's mother Melissa Kinlaw never misses out on her match despite being afraid for her safety. Photo Source: Sabre Cook's Instagram.

Alongside racing, the sportswoman was also good in her studies. Her good grades guaranteed her a place in the Colorado School Of Mines. Cook graduated with her Bachelor's degree in Mechanical Engineering. Moreover, she also completed her traineeship at the Infiniti Engineering Academy, run by Infiniti and Renault F1.

Aforementioned, Sabre Cook has been passionate about racing from a young age. She got her first kart at the age of eight. However, the racer decided to get serious about karting only a few years later. Additionally, she also progressed from a Comer 50 Kart to a faster Mini Max shortly with her constant practice.

Sabre got success earlier in her career by winning the world championship in TAG Junior Kart. She also got a victory at the 2009 Russell Karting IAME Challenge. For that, Cook joined Critical Zone Racing and drove CRG (IAME Leopard). Moreover, the race driver again played with the same team in the 2009 WSK North American Series IAME Jr. by CKI, where she placed 6th. 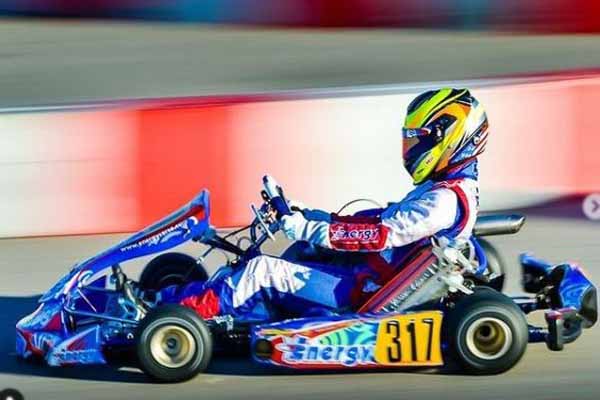 The sportsperson was able to participate in the SKUSA Pro Tour in 2010. Unfortunately, she finished her match in 34th position. Alongside that, Cook also participated in several karting championships. She eventually won her first title in the 2012 SKUSA Pro Tour - S2. In addition, Sabre Cook was the female ever to win the tournament.

The race driver joined the CRG USA team for the 2012 MG Tires SKUSA SuperNationals XVI - S2. She secured the second position with her CRG (HONDA). Furthermore, the champion continued her winning streak at the 2015 Challenge Of The Americas - CRG-USA DD-2. She won the title with 552 points. Afterward, the racer moved on to formula racing.

Sabre Cook made her formula debut on the 2017 SCCA National Championship Runoffs Formula Enterprises. She was a part of Apple Motorsports and drove Van Diemen DP06 in the match. Additionally, the racer performed very well for a newcomer. She ranked ninth at the end of the championship.

The sportsperson participated in formula-four racing at the 2018 F4 United States Championship Powered by Honda. She trained with the Velocity Racing Development team and raced for them. In the game, Sabre drove her Crawford F4-16 for five races. She eventually finished the competition in the 40th position.

The sportscar racer also participated in many championships after her debut in motorsports. Some of her rankings are tabulated below:

The race driver performed well in her championships, as mentioned above. However, her career took a new turn after participating in the W Series.

Aforementioned, Sabre Cook was one of the female racers for the 2019 W Series. It was the first season of the all-women racers championship. In addition, the series opened the doors for female racers to showcase their talents on the race track. It also allowed them a way to get closer to their formula one dream.

The American racer had a solid match on the 2019 W Series Assen. She recorded the fastest laps in one podium with her Tatuus F3 T-318. As a result, Sabre ranked third in the competition. Afterward, she began her 2019 W Series championship match. The driver competed in six races throughout the game. Sadly, she only ranked the twelfth position with twelve points.

British race car driver Jamie Chadwick won the first season with Beitske Visser and Alice Powell following behind. The champion also received $500,000 prize money, and the runner-up and third-ranked were rewarded with $250,000 and $125,000. In addition, the show also distributed its $1.5 million prize fund to all twenty drivers.

Sabre Cook also competed in the 2020 W Series Esports League. She scored sixty-two points all together after completing eighteen races. Unfortunately, the race car driver couldn't win the game and ranked eighteenth. Moreover, the racer couldn't participate in the 2020 W Series after its cancelation by the organizers. It was due to the COVID-19 pandemic. 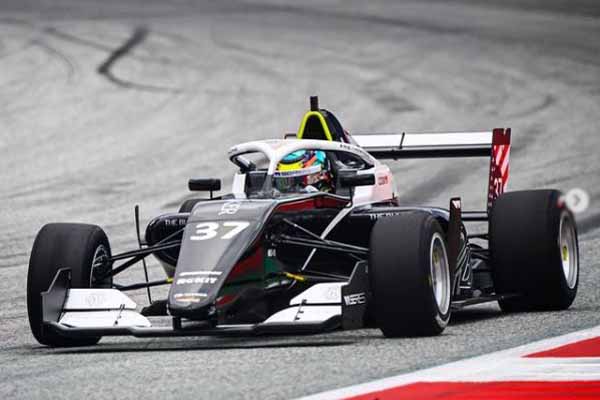 The sportsperson is also competing on the 2021 W Series with Bunker Racing. Alongside her, last year's contestants are also participating in the 2021 season. Moreover, new race car drivers Nerea Marti, Abbie Eaton, Belen Garcia, Irina Sidorkova, Bruna Tomaselli, etc., have also debuted in 2021. The first round was on June 25, 2021, in Spielberg, Austria.

Sabre had a great start on the first round and, with steady driving, moved from the 17th position to the 12th position. Then, however, her car was suddenly crashed upon by another competitor before her first turn. The incident resulted in the break of Cook's car's front wing. Moreover, it also cost her valuable minutes. As a result, the American racer finished the round in the fourteenth position with added penalties.

The British race car driver Alice Powell won the first round. She was joined by Sarah Moore and Fabienne Wohlwend in the second and third positions. The next game is going to be on July 2, 2021.

Despite having a failure on the racecourse, Sabre Cook is determined to perform better in her next matches. She is also training harder to get good results in the upcoming rounds.

Sabre Cook Net Worth And Earnings

The sports personality has achieved both fame and wealth from her sports career. She has also accomplished a fortune from her job. As such, Sabre Cook's net worth mainly comprises her earnings from her racing career. In addition, she receives prize money and signing deals from her profession. Besides that, she also earns money from brand endorsements. 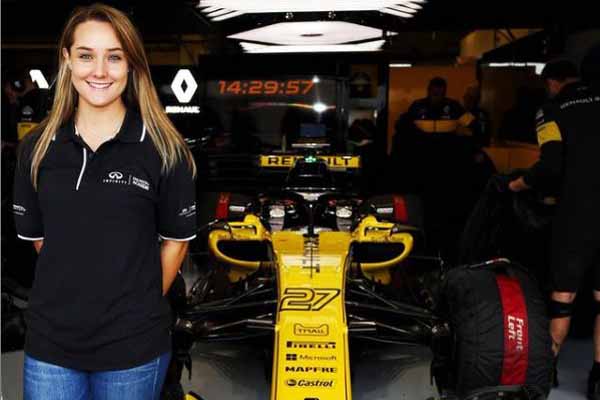 Sabre Cook's net worth includes the amount she receives from participating in races and sponsorships. Photo Source: Sabre Cook's Instagram.

The formula racer's racing apparel is custom-designed by PUMA Motorsport. She is also a spokesperson for the PUMA. Her team, The Bunker, customizes her racing car at the W Series. Moreover, Bell Racing designs her helmet. In addition, RUDE Image airbrushes them to its beautiful design.

However, the racer hasn't revealed her income to the public. Still, with multiple brand deals, Sabre Cook's net worth must be increasing over the years.

The W Series racer was reportedly in a relationship with Formula-One racer Max Verstappen during his early racing days. The rumored pair kept their relationship private, so significantly less information is available about them. Max has been associated with many female companions throughout his career, so it is no surprise that Sabre was linked with him.

Sabre Cook's ex-boyfriend Max Verstappen rarely appeared with her in media. In addition, the exact date of the start of their relationship is unknown. Sadly, the ex-couple broke up, and Max moved on to his new girlfriend. As of June 2021, the formula-one star is in a relationship with the Brazilian model Kelly Piquet.

On the other hand, Sabre is focusing on her career rather than dating. As a result, she hasn't come forward with the news of her relationship in the media. Moreover, the formula racer is training hard to win the W Series title from reigning champion Jamie Chadwick. So, as of now, Sabre Cook is possibly single. 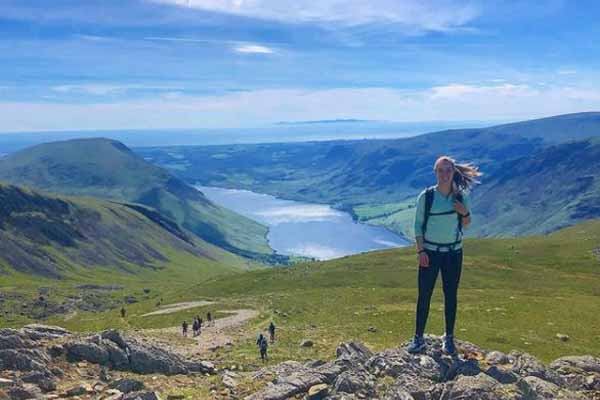 Alongside racing, the sports athlete is also interested in hiking, cycling, and camping. She often goes on hikes and cycle rides in her free time. Besides that, the race car driver also spends her time in the gym preparing herself for her matches. She also has a painting hobby, drawing, and driving her go-kart at her family's track.