Bruna Alberti Tomaselli is a racing driver from Brazil who has been competing since she was seven. Image Source: Bruna's Instagram.

In the heavily male-dominated world of racing, some women are fighting hard and trying their best to mark their names, one of those women is Bruna Tomaselli. The Brazilian racing driver has impacted the racing scene since her senior career began in 2013. Moreover, she is working hard to rise above her own potential and become one of the best.

The racing driver has shown strong compassion towards motorsport. Ever since she began her competitive career, the racer has slowly been climbing the steps towards becoming one of the best. Let us learn more about Brazilian female racing driver Bruna Tomaselli.

Bruna Alberti Tomaselli was born on September 18, 1993. The racing driver hails from Caibi, Santa Catarina. Caibi is a municipality located in the Santa Catarina state of Brazil. The town consists of mostly German settlers.

Bruna grew up in a tight-knit and small family. Her mother, Tatiana Tomaselli, is a devoted mom who is always there for her children. Moreover, Tatiana is a follower of Jesus and constantly thanks him in her posts. Although Bruna's father has appeared in many photos on her Instagram, his name is not known to the public, and he does not seem to have any form of social media. 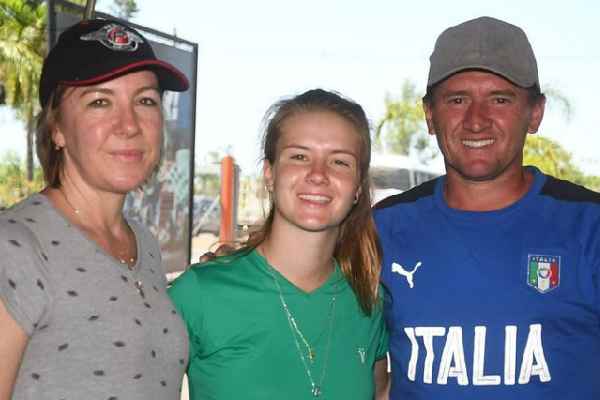 Brazilian racing driver Bruna Tomaselli has humble roots and has come a long way from there. Image Source: Bruna's Instagram.

The racing driver seems to be exceptionally close to her younger sister, Bia Tomaselli. Bruna is always present to witness her sibling's achievements despite her busy career. Although Bruna Tomaselli's sister, Bia is 13 years younger than her, the sisters have a close bond and love one another very much.

Despite the Tomaselli family residing in Caibi, they often visit the USA or other countries to watch Bruna race. Tomaselli moved out of her hometown and relocated to the USA to further her racing career in 2017. In spite of such a long-distance between her and her family, the motorsport enthusiast's family has been highly supportive of her career.

Bruna Tomaselli's racing career began at the tender age of seven. As children are not allowed to drive vehicles, she would race on a go-kart until she could legally operate a motor vehicle. The racer made her transition to formula cars in 2013 and started to compete in the Junior Championships.

Bruna could mark her name in her home country in no time due to her excellent results.

At the age of 16, Bruna Tomaselli participated in Formula Junior Brasil. She was able to land on the 7th position in the first year of racing and on the 4th position in her second year. The two seasons (2013-14) were great for her as she had many podium finishes and even a win in 2014. In addition, the junior category races were great at preparing her for senior category races.

With a confidence boost and lots of experience in international racing, Bruna Tomaselli moved towards the senior category of races. She participated in the F4 Sudamericana in 2015 after much preparation. Unfortunately, she could not get a great overall score in the races and, at best, placed in the 4th position, 6th overall.

Unfortunately, Bruna Tomaselli was involved in a horrific accident in Rio Hondo in 2015. However, she was able to leave the incident unscathed and continued to race despite the scare.

In the 2016 season of F4 Sudamericana, the racer's performance had improved a lot, and thus, she was able to finish in the 4th overall position. She had 5 podium finishes that season, with her best being at the 2nd position only behind Juan Manuel Casella. Tomaselli had four third places that season.

In 2017, after making her big move to the USA, Bruna Tomaselli participated in the US F2000 National Championship. Despite competing for three seasons, the racer was unable to make a big win in the series. However, the motorsport reached the 8th position in the 2019 season, which was her best performance.

In 2017, the racer also went to Bahrain to participate in the MRF Challenge. She was able to secure the 8th position in one of the races, which were her best.

In late 2018, Bruna Tomaselli applied for the all-female W-Series. Although she was put on the initial list of 60, she was rejected after her first selection event. The racer was deeply saddened and expressed her grief on her social media.

Despite that, the Brazilian athlete continued to participate in various different races and kept pushing forward. Finally, she was called back for reassessment and was selected for the W Series. Bruna Tomaselli became the first Brazilian woman to compete in the series. She competed in the 2021 event. 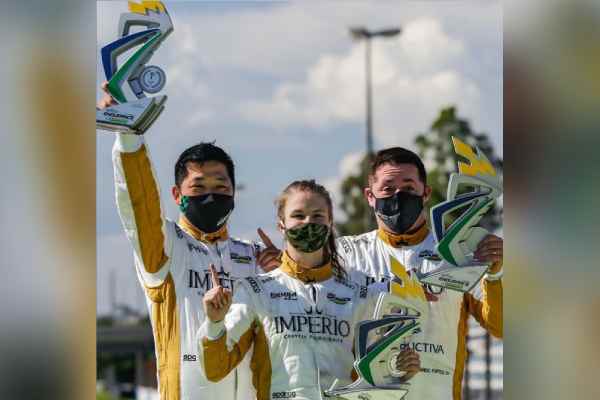 The racer had her first sportscar race at the Imperio Endurance representing her country, Brazil. She had an excellent performance on the series and kept on getting better. Although she competed hard for the title, she was unable to have a win and finished 4th. Currently, Bruna is competing in the W Series against, Alice Powell, Sarah Moore, Miki Koyama, Ayla Agren, and several other drivers.

After so much progress in her career, Bruna Tomaselli is now aiming higher. She has already begun to plan her future and dreams of one day reaching the Formula 1 category. Yet, the racer is prepared for all the changes that will occur in her life and career.

Bruna Tomaselli Net Worth And Earnings

The female racing driver has been very private about her finances. However, judging by the races, she has participated in and her represented teams, the racer must be making a good fortune.

Well, Bruna Tomaselli's net worth must be of a considerable sum. Unfortunately, the motorsport enthusiast is yet to win a championship. However, she has won races and earn podium finishes series. And the prize money she has won for these wins must also help her fortune to grow.

Furthermore, the racer does make some money by selling merch on her website. Some items that Bruna sells on her website are listed below.

In addition, Bruna Tomaselli has also been selected as the partner pilot of a natural juice company called The Nobrand brand. The company specializes in 100% natural and preservative-free juices. This partnership is undoubtedly a massive boost to the racing driver's career as well as her health.

Young Bruna Tomaselli has come a long way from her days in Caibi and still has a long road to go. However, her determination and enthusiasm will undoubtedly help boost her career to new heights. With the growth in her career, the racing driver's value might grow exponentially, and her net worth will reach impressive amounts.

Brazilian racing driver Bruna Tomaselli has gained immense fame from her career. The racer has been on the pedestal due to her numerous races and promising career. So naturally, many people desire to know more about her personal life, especially her relationship status.

However, due to her private nature, the female racer is yet to talk about her love life. So, we might have to wait for quite some time to meet Bruna Tomaselli's boyfriend.

Tomaselli has been working hard in her career to reach her goals. The racer is hyper-focused in leaving her name behind as one of the best female racers. It is only natural for someone so determined about her career not to find time for a partner. But whoever the racing driver decides to date someday, we hope that they are a great person who will stay by their side through thick and thin.