Beitske Visser is a famous race car driver of the Netherlands. She has been part of the sports world for more than a decade. Her skills at the race track have won her praises from many sports fans and critics. Furthermore, the racer has scored nine wins and participated in 144 races.

The race car driver achieved her career's biggest win at the 2019 W Series. The competition marked the beginning of all-female formula racing. Visser was a runner-up in the contest and lost to W Series champion Jamie Chadwick with ten points.

Besides her professional achievements, people are also eager to know about the Dutch driver's personal details. So, let's go through Beitske Visser's biography to know more about her.

The formula racer was born on March 10, 1995, in Dronten, Netherlands. Her father, Klaas Visser, a kart racer, inspired her to pursue a career in racing. Moreover, Beitske Visser's mother, Jantina Visser, ran a BMW dealership alongside her father. Jantina also used to repair her husband's car after the race. However, Beitske Visser's sister Wietske Visser is more into academics and has taken business and law as her major. 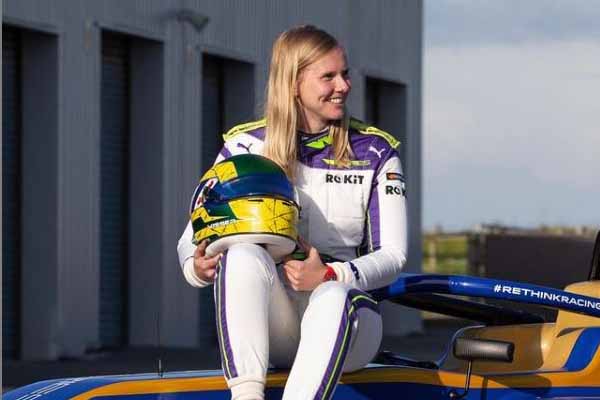 The young Beitske has had a love for karting since the age of three. She watched her father's 24-hour kart competition and was determined to race just like him. However, the young girl's parents didn't indulge her until she turned five. After that, Beitske Visser's dad Klaas Visser took her on a track and helped her practice karting.

Beitske's passion for karting led her to achieve victory in her first karting championship at six years of age. She then began practicing harder and trained under several coaches to get a better grip of her skills. Afterward, the race car driver moved forward to compete in open-wheel racing, GP3 series, formula racing, and W series.

Beitske Visser also left the school to pursue a racing career. However, she still has a plan of completing her education in the future.

Aforementioned, the race driver started her career by karting. She is an exceptional karter and won her very first championship. Beitske participated in the 2007 Rotax Max Euro Challenge in the junior section and ranked nineteenth. However, the kart racer improved at the 2007 Dutch KNAF Championship- KF3 by occupying the sixth position.

The athlete got her karting career's biggest win at the 2010 WSK Master Series- KZ2. She was the winner of the competition. Furthermore, the champion continued her racing progress in the international championships. She secured the sixth position at the 2011 BNL Karting Series- KZ2. In addition, the blonde racer scored 55 points and became ninth in the 2011 WSK Euro Series- KZ1. 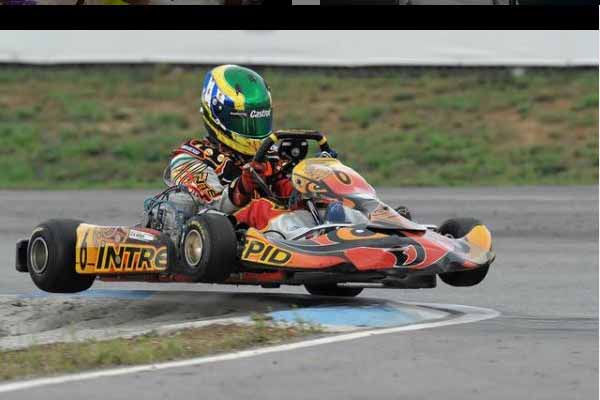 However, the success of karting also brought troubles in Beitske Visser's life. She was attacked outside the track by male competitors. Beitske also responded to the attackers with the same vigor. The mindset of the player also changed after such sexist acts. As a result, she has developed a strong determination and backbone to compete in races.

Beitske Visser turned her attention to open-wheel racing in 2012. She debuted in the ADAC Formel Masters with Motopark Academy. She secured the eighth position with two wins and two podiums.

Furthermore, Visser made her comeback in the 2013 season of ADAC Formel Masters and jumped the rank to the eighth position. She drove Dallara Formulino Plus for the match. Moreover, the sports athlete briefly joined the Red Bull Junior Team in 2013.

The sportswoman joined hands with Hilmer Motorsport at the 2014 GP3 Series. She participated in two races with her car Dallara GP3/13. Sadly, Beitske was unable to win any rounds. In addition, she was also not able to achieve victory at the 2015 GP3 Series.

The talented racer made her formula three debut with AVF at the Formula Renault 3.5 Series in 2014. In addition, the series had prize money of €20,000 ($23K) for the top driver of the race. Beitske competed in eleven races with Dallara FR35-12. However, she was only able to get 21st position with eleven points. Still, the sportsperson's performance was applauded by many.

The formula racer has also appeared in the 2015 Formula Renault 3.5 Series with more enthusiasm. She participated in sixteen races of the season. Sadly, Visser couldn't uplift her status on the scoreboard with her 23rd ranking.

Since then, Beitske Visser has appeared in many racing championship series. Some of her competitions results, along with the car she rode, as per Driver Database, are given below:

The racer had a busy year from the beginning of her formula racing career. She had scored tremendous victories, as mentioned above on the table.

The sports personality's career path took a turn after she participated in W Series. It is a platform for female race car drivers to prove their worth in the racing world. It also allowed female drivers to compete in the race with their own counterparts.

Beitske Visser was only able to rank fourteenth on the 2019 W Series Assen round. However, the race car driver gave a solid performance at the championship match. She was able to score the fastest laps on the track two times. Moreover, Visser won one among six races of the game. As a result, she came second at the 2019 W Series with hundred points.

The sportsperson made a strong comeback at the 2020 W Series. She became a strong candidate for the season after winning the 2020 W Series Esports League. Unfortunately, the 2020 season was canceled by the organizers due to the Covid-19 pandemic. The fans highly anticipate Beitske's match against the current champion Jamie Chadwick.

The Esports league winner is currently training for the 2021 season of the W Series. It is going to start on June 25, 2021, in Spielberg, Austria.

During the qualifying session for W Series, Beitske and five other drivers were involved in a high-speed crash at the Spa-Francorchamps circuit. The terrifying accident took place at the same spot where Frech F1 driver, Anthoine Hubert lost his life.

Following the crash, Beitske Visser and Ayla Agren were transferred to the hospital for further checkups. While other drivers involved, Sarah Moore, Abbie Eaton, Belen Garcia, and Fabienne Wohlwend underwent a medical assessment on the track itself.

Beitske Visser Net Worth And Earnings

The champion has earned many titles and prize money throughout her racing career. She has received both fame and wealth from competitions. So, Beitske Visser's net worth mainly comprises her earnings from her racing career.

Beitske has won races on several championship series, which might have earned her a significant amount of prize money. Visser cashed $250,000 as a runner-up from the 2019 W Series. The 2019 W Series champion Jamie Chadwick won $500,000, and third-ranked Alice Powell pocketed $125,000 at the end of the series. 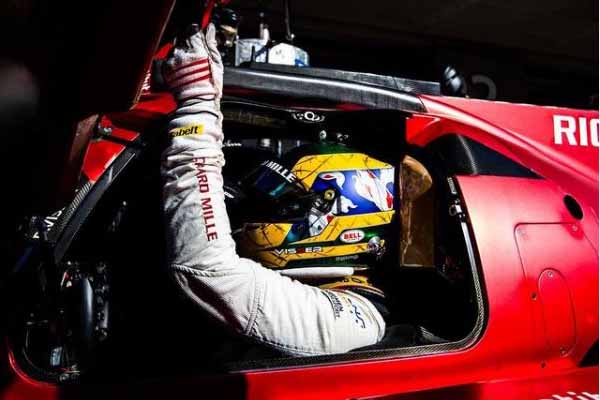 Furthermore, she has secured wins and podium finishes in many races and definitely earned a considerable sum. She won two races in the 2018 GT4 European Series and 2012 ADAC Formel Masters. Therefore she must have received a large amount of prize money.

Apart from racing, Beitske Visser is also a Twitch streamer. She does live streams of car racing. It allows the fans to watch the racer's demeanor on the race track, which isn't seen otherwise. So, the media personality's Twitch live streams are popular among her fans. Moreover, she also uploads the highlights of her participated competitions on her account.

In addition, the race driver also performs the challenges of her followers and uploads it on her Instagram account. She has 2.7K followers on Twitch. With 29,444 total channel views, the sports athlete is indeed benefitting from her Twitch channel.

The formula driver lives in her hometown during the off-season. She often stays with her sister Wietske Visser and her boyfriend. However, Beitske doesn't seem to have any romantic partner as of yet.

Furthermore, the racer is active on all of her social media accounts. However, there has been no mention of Beitske Visser's boyfriend to this day. So, the race driver is possibly single. 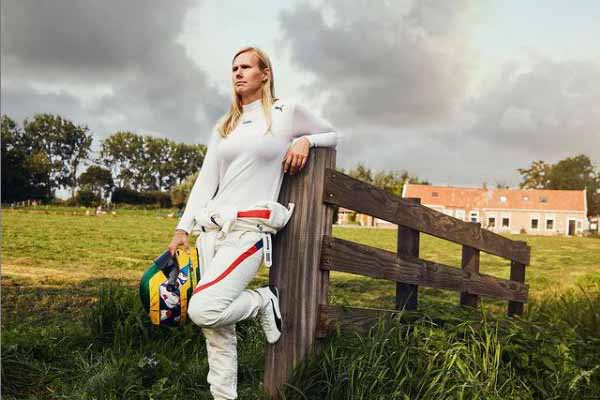 The former karting champion is also preparing for her upcoming match of the 2021 W Series. She seems to be more determined on her career rather than dating at present. Still, no matter what Bietske chooses, we wish her all the success in the future.