George Dario Marino Franchitti, commonly known as Dario Franchitti, is a Scottish sportsperson involved in four-wheel racing. The Scottish national who spent most of his career in America is a former racing diver and currently a motorsport commentator. The racer has been the winner of the 24 Hours of Daytona, has won the Indianapolis 500 three times, and won the IndyCar Series four times. Franchitti got involved in NASCAR racing but quit after half a season as he could not adapt to its structure. Due to his multiple victories and strong outlook on the sport, he is a great leader in his work field.

Dario Franchitti is as strong with his words as he is with his hands behind a steering wheel. His statements saying how the lack of recognition in Europe has been disgraceful show his outspoken nature and his drive to become the best out there despite the lack of opportunity. Although he wanted to be an F1 champion growing up, he is happy with his IndyCar career and is proud of all his achievements.

Dario Franchitti came into this world on 19th May of 1973. Dario was born in Bathgate of West Lothian, Scotland, to father George Franchitti and mother, Marina Franchitti. He is the older son among the two that George and Marina had. His younger brother, Marino Franchitti, born on 7th July of 1978, is also a professional race car driver who's won the 12 Hours of Sebring in 2014. It seems as if racing runs in their blood. 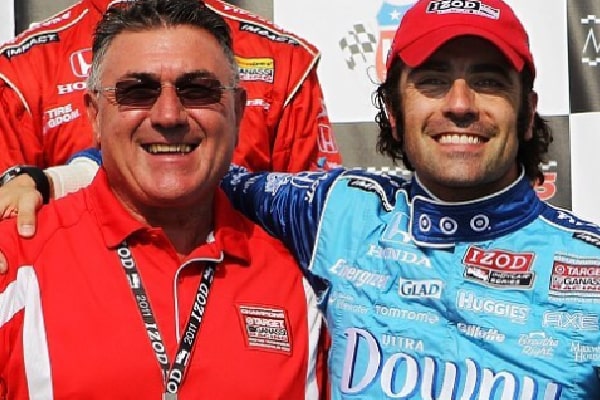 Dario Franchetti alongside his father after a race. Image Source: Dario's Instagram.

Dario went to Stewart's Melville College in Edinburgh, Scotland. During his time there in the early-80s, he started developing an interest in Kart racing. He became the winner of the Scottish Junior Karting Championship in 1984. Subsequently, he won the 1985 and 1986 British Junior Championship, and in 1988 he won the Scottish senior title. He started out in Karting and amateur racing with David Coulthard and 3 times winner of the 24 Hours of Le Mans, Allan McNish.

The experiences Dario gathered during his high school and college years helped him transition into a professional racing career exquisitely.

Following his minor success at an early age, Dario Franchitti moved on to bigger opportunities that he could get a hold of. He started racing in Formula Vauxhall Lotus in 1992 following his progress in Formula Vauxhall Junior. Gradually progressing from Scottish and British tournaments, Franchitti joined the AMG Racing team from the German Touring Car Championship to drive a Mercedes C-Class.

Dario Franchitti's two of the biggest opportunities came at the same time when he moved to America. According to an interview with Graham Bensinger, while Dario was racing in Germany with Mercedes, they organized a test with McLaren. Thereafter, they sent him to America to test with MacLaren for Indycar. At the same time, McLaren was looking for an F1 driver, but they could not sign Dario in F1 due to various reasons. Dario stated, "You wait for a bus to come along, but two comes along," referring to that experience. Despite the fact, Dario moved on with IndyCar and has won multiple tournaments. His victories in America are given as follows:

Among these victories, Dario won 4 IndyCar series in a row from 2007 to 2011, excluding 2008 when he did not participate. In 2008, as mentioned earlier, he tried his hands on NASCAR racing with Chip Ganassi Racing but returned to the Indy race scene following his personal incompatibility in said format. He ended his NASCAR season midway through the first season as there was not enough sponsorship for his team.

The success Dario gained throughout his career came crashing down figuratively and literally in 2013. During a race in Houston, Texas, Dario crashed after a collision with E. J. Viso and Takuma Sato. The accident caused a spinal and right ankle fracture and a concussion. Thirteen fans were also reported to be injured, along with Franchitti. All the injuries accumulated throughout his career and the aforementioned crash caused Franchitti to retire as a driver.

Despite his resignation as a driver, Dario Franchitti was still affiliated to his Ganassi Racing team as a competition director. Afterward, Dario started commentating few races and eventually became a regular member of the commentary box.

All these tournaments win, and prizes would surely add up to contribute immensely to Dario Franchitti's net worth.

According to Celebrity Net Worth, Dario Franchitti's net worth is estimated to be $50 million. Though the IndyCar racer's salary is not publicly mentioned, it is speculated that the top racers make anywhere from $200k to $2 million dollars. As per Sporting News, the winning team of the Indy 500 could get $10-$15 million dollars while the winner of the Indianapolis 500 is estimated to be given $1.5 million in 2010. All the championships and the fact that he was at the top of his game during those times would've surely granted him a grand payout and contributed to Dario Franchitti's fortune immensely.

Throughout his career, Dario has had countless sponsorship and brand endorsements. Brand endorsements pay the celebrity different amounts depending on their stardom. Dario's endorsements, such as Cottonelle and others, would surely have generated a lot of money for him.

Dario Franchitti spends all his riches living a lavish and fancy life. Since his passion is cars, there would be no shortage of those in his garage. Franchitti has bought countless luxury cars, including a Ferrari F40, F355, a Porsche 911R, hotrod 911, and 911T, and 2004 Mercedes E55 AMG. Well, one can only imagine how expensive it must have those cars cost the talented racer. So, he spends his wealth he generated through cars on cars. Some price tags for his cars are mentioned below:

All these cars and wealth have surely made life for Dario's wife and Dario's kids very entertaining.

Dario Franchitti has been married twice in his life. Initially, he married High Crimes and Divergent star Ashley Judd. The pair were married for 12 years. Ashley became Dario Franchitti's wife in December of 2001. The couple celebrated their alliance with a lavish ceremony at Skibo Castle, Dornoch, Scotland. After a 12-year-long relation without any children, the now-former pair got divorced in 2015.

Dario Franchetti is currently married to Eleanor Robb. The couple tied the knot in a private ceremony in 2015 and currently live a blissful and happy life. Dario Franchitti's daughters Sofia Franchitti, born in November of 2015, and Valentina Franchitti, born in February of 2019, live with Eleanor and Dario in their London House. The couple has a very blissful and cheery life, and their oozing love for each other can be seen through Dario's Instagram.

As previously mentioned, Dario has two daughters, and his older kid, Sophia, is the goddaughter of Ashley Judd, Franchitti's ex-wife. The daughters seem to be having the coolest childhood with a racer father. Observing Dario's Instagram, we can him taking his daughters on car rides and motorcycle rides. He has even bought a kid-size sports bike for his older daughter. 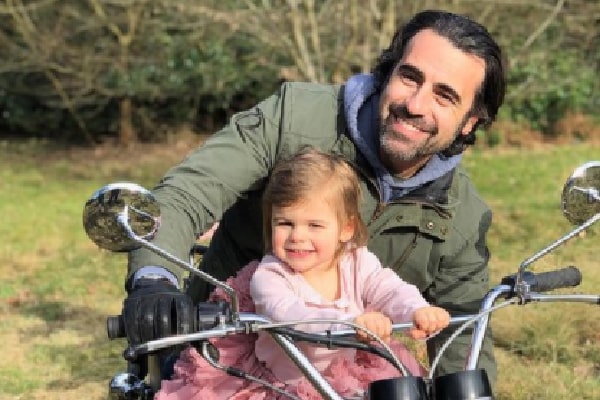 Dario Frenchitti with his daughter in a motorcycle. Image Source: Social Media.

As seen through social media, Dario, alongside his lovely wife, goes on various trips and exposes their kids to fun outdoor activities. In an ever-expanding digital world, letting your kids get the outdoor experience is a valuable trait that Dario emphasizes. We hope the love he has for his kids grows by leaps and bound and hope we get to grow up and make their parents proud.