Formula Races are one of the most-watched sports in the US. It has become an excellent platform for younger racers to establish their names. Likewise, racing in Formula1 is every racers' ultimate dream. And one individual who enjoyed this glorious opportunity is David Coulthard.

The former race car driver enjoyed racing for fifteen seasons in F1. He competed against many legendary icons and won many races. Furthermore, the sportsman competed in 24 Hours of Le Mans, DTM, and British Touring Car Championships. He is now an F1 commentator for Channel 4.

So, let's learn more about this iconic F1 racer's background, career, and relationships, in this biography.

The former F1 pro was born David Marshall Coulthard on March 27, 1971, in Twynholm, Scotland. His family has a long history with motorsports starting with his granddad. The driver's late grandfather was a racer and raced in Monte Carlo Rally. He started the family tradition of participating in four wheels races.

David Coulthard's father, Duncan Coulthard, was a successful kart driver and once became a Scottish kart champion. But he had to give up racing to take over the family haulage business, Hayton Coulthard Transport Ltd.

Still, the racer's dad was passionate about karting and ran Coulthard Racing Team. He gave his son his first kart on his eleventh birthday, which marked the beginning of his journey. 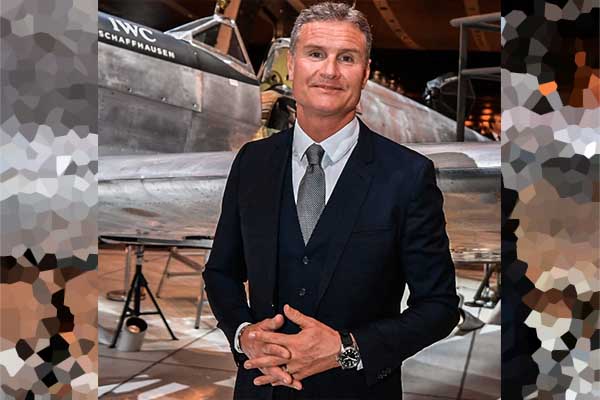 David Coulthard's mother, Elizabeth Joyce Coulthard, was always scared when he drove. But, she never stopped him from following his dream.

The driver used to race karts with his siblings around his house. His brother, Duncan Coulthard Jr., was a daredevil who loved speed. He is now running the family firm.

Coulthard also had a sister named Lynsay Jackson, who was diagnosed with depression. Sadly she died of a drug overdose in February 2013 and left her ten-month-old daughter behind.

The former F1 racer's parents never pressured him or his siblings about education. So after graduating from Kirkcudbright Academy, he began pursuing racing entirely.

David Coulthard Net Worth And Career

As mentioned earlier, the sportsperson started as a kart rider in his hometown. He slowly transitioned to car racing and eventually became an F1 driver. Moreover, he raced in F1 for many seasons.

After his retirement, the former F1 driver switched to work in broadcast. His expertise in motorsports has led him to enjoy a successful media career.

Thus, David Coulthard's net worth stands at a gigantic $80 million. But how much has he earned from his racing and television careers; let's break down below.

The Scotsman had a successful start in karting. For instance, he won two Super 1 National Kart Championship in Junior 100 class in 1986 and 1987. In addition, Coulthard continued his momentum after debuting in Formula Ford. He won the 1989 Formula Ford 1600 P&O Ferries in his first season.

Finally, the Formula racer made his breakthrough as an official driver for Williams Grand Prix Engineering Team (Williams Racing) in 1994. He was initially a test driver but got a driver's seat after the tragic death of Ayrton Senna.

Coulthard raced for Williams for two seasons before moving to McLaren Racing in 1996. He competed for them till 2004 and joined Red Bull Racing afterward. Let's see some of his results in F1 championships below:

Similarly, The Richest states Coulthard's contract with Red Bull was $6,500,000 for the 2008 season. He retired from F1 after 2008 but has continued to race in Race Of Champions. In addition, he also competed in Deutsche Tourenwagen Masters from 2010-12.

Thus, David Coulthard's net worth of $80 million is heavily influenced by his racing career. Another individual who had a successful career in F1 is former F1 driver Martin Brundle.

Although Coulthard stopped racing in F1, he still maintained his connection with Red Bull Racing. He signed a contract worth $5,408,880 (£4M) as a consultant with the brand.

The former F1 racer joined the BBC as a pundit but continued working for Red Bull. He joined Channel 4 as their commentator in 2016. Furthermore, he covers any F1 news or events for the channel.

The F1 commentator has authored several books whose prices are listed below:

The television presenter has been notorious for dating beautiful models. For instance, he was in a four-year relationship with Brazilian model Simone Abdelnour and was engaged to American model Heidi Wichlinski.

However, David only decided to settle down after meeting his ex-wife Karen Minier. She is a Belgian television presenter who previously worked as a Formula One correspondent for French channel TF1. In addition, she is also a model.

The ex-pair first met in 2005 while David was racing in F1, and Karen covered F1 news for TF1. Both instantly connected and dated for many years. Moreover, the ex-couple married in a register office in Monaco in 2013. However, the F1 analyst stated they married because they had a child together. 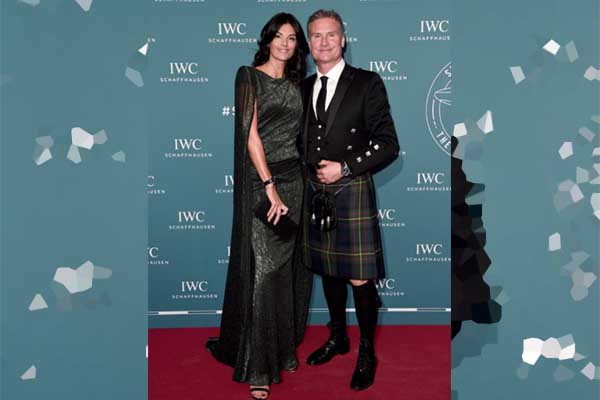 David Coulthard's ex-wife, Karen Minier, supported his racing and media careers. She often attended public events and functions with him.

Sadly, the ex-duo has separated as of February 2022. As per several sources, both severed their relationship in 2021. Similarly, the racer has sparked new relationship speculations with another model.

David Coulthard's supposed girlfriend, Sigrid Silversand, is a Swedish model who is twenty-three years his junior. The rumored couple was seen walking hand in hand and kissing. We wish the pair all the best for the future.

Coulthard Is A Father Of A Son

The Scotsman welcomed his firstborn Dayton Coulthard on November 21, 2008. He was born out of wedlock to David and his then-fiancee, Karen.

David Coulthard's son, Dayton, is following in his footsteps and races karts. He has competed in many karting competitions with his dad by his side. In addition, the former F1 driver provides coaching to his son and always attends his kart races. 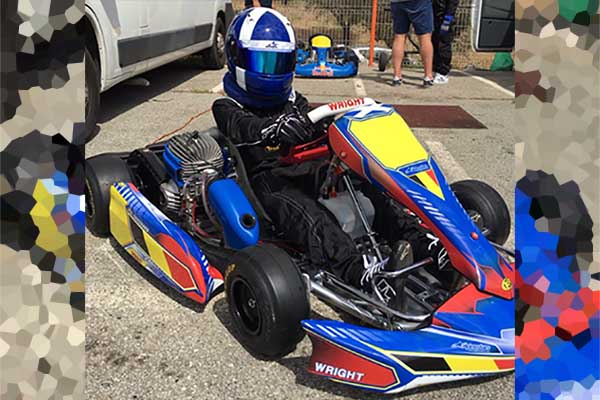 Coulthard is also a stepfather to a daughter from his ex-partner, Karen's previous relationship. However, she doesn't appear much in the media.

Hopefully, we will see David's son, Dayton, continuing his legacy in the future.