Christian Klien is not a new name in the motorsports world as he has enjoyed an incredible career in Formula racing. Moreover, the racer made his debut alongside the legendary Mark Webber in F1.

The race car driver has secured many wins in Formula races. For instance, he is the winner of the 2003 Masters of Formula 3. However, at present, the athlete has left F1 and competes in other professional racing series. He also made his debut at the 2021 Deutsche Tourenwagen Masters.

So, what caused Christian Klien's departure from F1; let's find out in this biography.

The former F1 driver was born on February 7, 1983, in Hohenems, Austria. He was initially involved in all sorts of sports such as soccer, skiing, etc. However, the young guy only developed an interest in motorsports after meeting Ayrton Senna in 1991. He was heavily inspired by the latter and soon began taking karting lessons.

Christian Klien's father, Johannes Klien, provided him with karts and lots of support from the beginning. He later took the role of manager during Christian's F1 career. 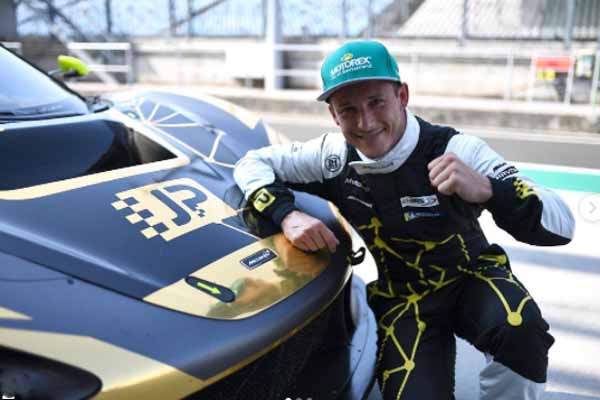 The racer began competing in kart races from the age of thirteen. His whole family attended his matches despite being clueless about motorsports initially. Likewise, Christian Klien's mother and sister, Carina Klien, traveled with him all over Central Europe to not miss any of his games.

The kart racer completed his formal education in his hometown. Afterward, he turned his whole focus on racing and has never looked back.

Christian Klien Net Worth And Career

The former formula racer has been in the motorsports field for more than two decades. Klien's racing skills have seen him advancing to some of the biggest races in history. As such, Christian Klien's net worth must be a notable figure from his racing career.

The DTM racer's fortune also includes his earnings from endorsement deals and sponsors. In addition, he is currently a reporter for Servus TV. Christian covers formula one races' news from the race track. Therefore, it must also add up to his income.

Christian Klien began participating in kart races in his hometown, Germany, Italy, and Switzerland. His most significant victory was becoming a Swiss Championship at the 1996 Swiss Kart Championship.

Eventually, the kart racer made his formula debut at the 1999 Formula BMW Junior. He joined ADAC Sport Munchen for the race and finished in the fourth position. Moreover, the formula racer competed for two seasons of the Formula BMW ADAC Championship.

Finally Christian scored his first win at the 2002 Formula Renault 2.0 Germany. He must have also received a significant amount as prize money for clinching the title.

Klien was then signed as a race driver for the Jaguar Formula One team in December 2003. After that, he participated in several competitions as a test driver before competing as a racer in the 2004 Formula One World Championship. In addition, he finished in sixteenth position alongside Cristiano da Matta and Nick Heidfeld.

Later, Red Bull bought the Jaguar and renamed the team Red Bull Racing in 2005. Christian played for the new group for two seasons before his former teammate Mark Webber replaced him. Nonetheless, he continued racing in F1 with Honda, BMW Sauber, and HRT.

Some of Klien's participated F1 races, and his rankings are tabulated below:

The F1 driver replaced former HRT teammate Sakon Yamamoto for the 2010 Brazilian Grand Prix and 2010 Abu Dhabi Grand Prix. However, after completing matches, HRT didn't offer him another contract for the 2011 season. Thus, it marked the end of his F1 career.

Although his F1 career was full of ups and downs, Christian Klien's net worth must have increased throughout the years.

The sportsman's recent victory was at the 2020 International GT Open. He secured four wins out of twelve races and became a runner-up in the Pro-AM category. Furthermore, the racer finished the GT Open's 2021 season in the sixth position.

At present, Christian is competing as a guest driver in the 2021 DTM championship with JP Motorsport. He made his entry in the third round at Circuit Zolder on August 7, 2021. Moreover, the DTM racer competes against nineteen drivers, including  Marco Wittmann, Nick Cassidy, and many more. 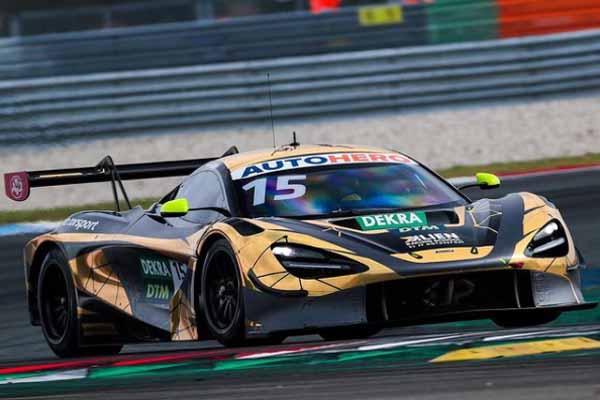 After competing in numerous Formula, GT, Endurance, and V8 Supercars matches, Christian Klien has finally made his debut in DTM in 2021. Photo Source: Christian Klien's Instagram.

Klien recently finished the sixth round at TT Circuit Assen on September 19, 2021. Unfortunately, he had to retire from the last lap on P11. Nonetheless, he still has an upcoming round to improve his performance.

Despite losing his F1 career, the Austrian racer is still active in the racing world. Hence, his career earnings must have doubled alongside his racing experience and progress.

The former F1 driver's racing skills are exceptional, making him one of the formidable opponents in the track. His potential has brought him under the limelight for years. As a result, many brands and companies offer him endorsement and sponsorship deals. 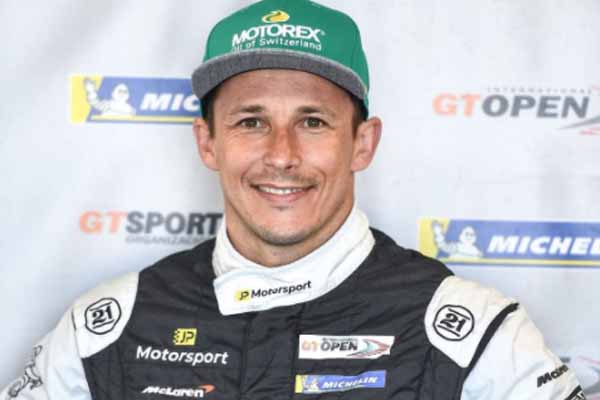 Christian Klien is endorsed by numerous brands and companies which aides in the increase of his fortune. Photo Source: Christian Klien's Instagram.

The race car driver is sponsored by McLaren, Motorex, Autohero Deutschland, sporteo Sport Management, etc. He promotes their products on his social media handles. Moreover, for his help, those luxurious brands must provide him with enormous funding.

Who Is Christian Klien's Girlfriend?

Klien has a vast fanbase who are eager to know about his dating life. But, he seems to be a private person and has kept his relationship status a mystery. In addition, he rarely talks about his romantic life in media.

The media previously spotted the Austrian driver with a female companion in the past. However, at present, the ex-pair seems to have broken up.

Although Christian has remained silent about his love life, it hasn't stopped fans from speculating about his supposed partner. For instance, many have considered Servus TV host, Andrea Schlager to be Christian Klien's girlfriend. 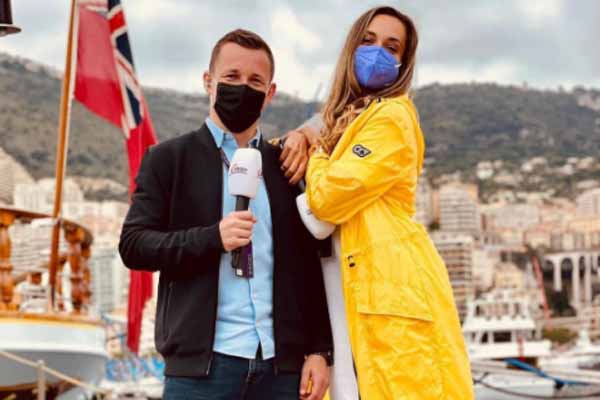 The rumored couple often poses together on their Instagram posts. Their chemistry on-screen and off-screen has undoubtedly fanned the relationship rumors. Nonetheless, both parties haven't officially confirmed the dating news. So, we have to wait to see how it will unfold in the upcoming days.

Christain Klien achieved every driver's dream of becoming an F1 racer but lost it mid-way in his career. Still, he didn't lose his passion for motorsports and restarted his career in other racing series. Hopefully, with his determination and hard work, he will gain immense success in the future.