Martin Brundle isn't a new name in the racing world. He has enjoyed an incredible journey in formula racing since his debut in 1979. Moreover, the racer's skills made him qualify for Formula One, where he competed for nearly a decade. He also raced in other championships in his career.

The athlete also belongs to those who have enjoyed a successful career in racing even after retirement. For instance, he works as a commentator for Sky Sports. Furthermore, he is known for giving frank, reasonable, and bold comments on any F1 issues.

So, let's learn more about this former F1 racing star in this biography.

The retired formula driver was born Martin John Brundle on June 1, 1959, in King's Lynn, Norfolk, England. Unlike his fellow F1 drivers, he doesn't come from a house of professional racers, instead from a family of car dealers.

Martin Brundle's father, John Brundle, was a keen rally driver and a successful motor trader. He ran the family car dealership with Martin's mother, which was later passed down to their children.

Coming from a family whose main occupation was car dealing, the athlete naturally developed a passion for the same sector. He started his career in grass track racing at twelve. Furthermore, he progressed to amateur championships and finally made his professional debut.

Alongside racing, Martin was also focused on his academics. After completing high school, he enrolled at the College of West Anglia in 1975. Furthermore, he studied a Diploma in Business Studies and eventually graduated.

Martin Brundle Net Worth And Career

F1 is the most competitive and sought-after platform for every race car driver. Martin overcame many hurdles and raced in F1 for many years. Moreover, he competed with some of the legendary F1 pioneers in his career.

Alongside earning respect, the sportsman must have also gained a considerable amount from his racing days. His income from prize money and endorsements might have brought millions of dollars.

Likewise, the racer's broadcast career must also bring him financial benefits. His contract with Sky Sports must also guarantee him a notable salary.

Hence, Martin Brundle's net worth stands at a gigantic $100 million. But how did he make such a fortune? Let's find out below.

The race car driver began his career by driving his self-built Ford Anglia on the grass track of his hometown. He then moved up to Hot Rod Racing and earned Star Grade status. Furthermore, the young racer finally made his formula debut in the 1979 Formula Ford.

Martin received much attention after competing against Ayrton Senna in the 1983 Formula Championship. He lost by a few laps but got a ticket to Formula One. Furthermore, he began his F1 career with Tyrrell Racing Organization in 1984.

Sadly, the formula racer broke ankles and both feet in a crash in his first season. He then stayed out of racing for a year to recuperate. Nonetheless, he returned to the race track next season with more vigor.

Some of the athlete's races and his positions as per Driverdb are listed below:

Brundle raced for Benetton, Ligier, and McLaren in the later years of his F1 career. His last race was at the 1996 Japanese Grand Prix, where he finished fifth. Moreover, the race car driver concluded his F1 career with nine podiums and ninety-eight championship points.

Though he retired from F1, Brundle has returned to participate in endurance racing over the years. It is clear that Martin's passion for sports is still alive.

Although he couldn't score a championship win, Martin Brundle's net worth must have increased in his racing years.

Another individual who earned a fortune from his F1 career is retired F1 driver Gerhard Berger.

After retirement, Brundle joined the British TV network ITV in 1997. He became a commentator and covered Formula One news on the channel. Furthermore, the reporter also served as BBC's commentator from 2009 to 2011. He finally began working for Sky Sports in 2012.

The commentator has talked about many F1 races and given his analysis. For instance, he also analyzed Lewis Hamilton and Max Verstappen's clash in the Saudi Arabia GP 2021. In addition, he praised Max's driving skills but showed distress for his winning tactics.

For his media works, the sports commentator has won RTS Television Sports Award for Best Sports Pundit in 1998, 1999, 2005, and 2006. He must have also earned a hefty amount from his service. 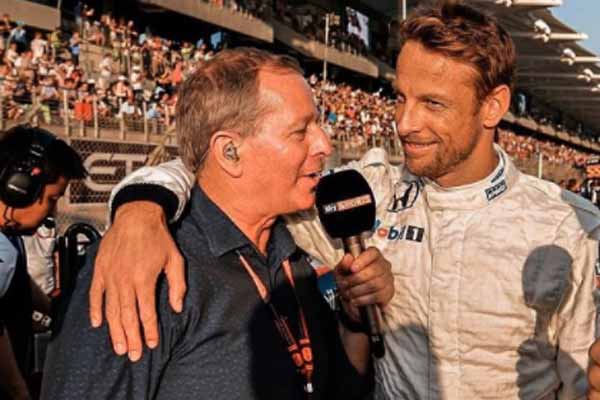 According to Motorsport, Brundle's annual salary was estimated to be $670,400 (£500,000) in 2016. However, other sources speculated his income to be $1,340,698 (£1 million) before. Furthermore, Martin recently signed a long-term contract with Sky Sports, which might guarantee more than the above paychecks.

Hence, Brundle's income must be increasing alongside his prospering media career.

Well, the F1 racer has been successful in his racing and broadcast professions. So, people are naturally curious whether it's the same case for his personal affairs. And to answer those inquiries, yes, he is enjoying marital bliss with his partner, Liz Brundle.

The pair hasn't opened up much about their first meeting or early dating days. Both have also not talked about when they got married in the media. Nonetheless, the couple likely have been together for a long period.

Martin Brundle's wife, Liz Brundle, doesn't appear much in the limelight. But she once described how late Tom Walkinshaw helped her husband in his race career. In addition, she also supported her spouse's career from earlier on and attended all of his races. 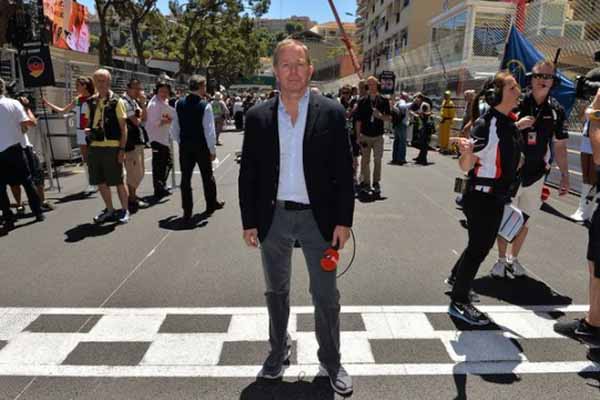 The race car driver doesn't post pictures of his wife on his Instagram account. However, he never hesitates to profess his admiration for her in his interviews.

Martin Brundle Is A Father Of Two

Alongside having a lovely wife, Brundle is a proud father of two children. His son, Alex Brundle, has taken on the responsibility to continue his legacy. Moreover, the latter is currently competing in the FIA World Endurance Championship.

Martin Brundle's son, Alex, is the winner of the 2016 European Le Mans Series. He also won the ADAC Total 24h Nurburgring race the following year. In addition, he has also commentated on Formula 2 and Formula 3 Championship races. 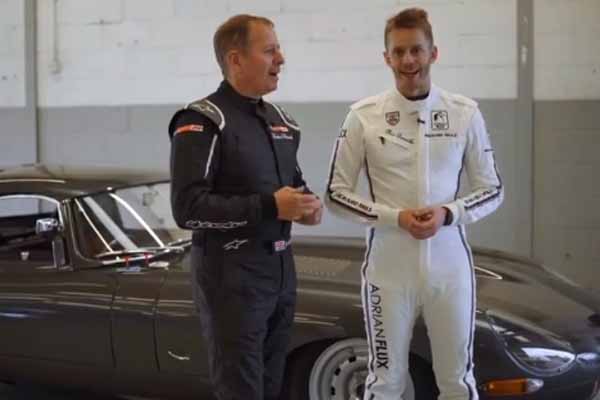 The athlete also has a daughter named Charlotte Brundle aka Charlie Brundle. However, she doesn't come out in the spotlight like her mother, Liz.

After years of retirement, Martin has decided to return to the racing circuit. He has already raced in several championships and is training hard. Hopefully, we will continue to see him racing in the upcoming future.