Sebastian Vettel is a married man with two daughters. He holds numerous outright F1 records and is undoubtedly one of the most excellent drivers of all time.  Now, let us learn more about the skillful racer's biography and his personal life.

Sebastian Vettel was born to Norbert Vettel and Heike Vettel on July 3, 1987. The future racing driver grew up along with three siblings in Heppenheim, West Germany. His younger brother Fabian Vettel is also a racing driver while his two older sisters: Melanie Vettel and Stefanie Vettel, are a dental technician and a physiotherapist for disabled children, respectively. As a young boy, Vettel had various hobbies and interests such as car racing, basketball, and music.

Sebastian completed his secondary education at Heppenheim's Starkenburg-Gymnasium. He didn't perform very well at school as he showed interest in racing since he was three years old.

Vettel grew up idolizing German racing icon Michael Schumacher and started amateur karting at the age of three-and-a-half. He began racing in the karts series when he was eight. When he was 11 years old, he was accepted into the Red Bull Junior Team and won the 2001 Junior Monaco Kart Cup. 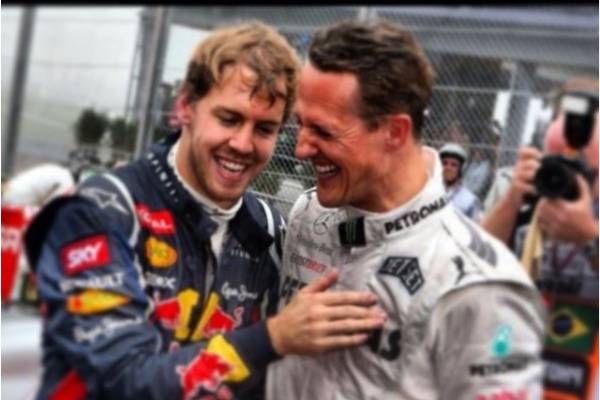 He was promoted to open-wheel cars in 2003, and a year later, won the Formula BMW ADAC championship with 18 victories from the total of 20 races. He drove for ASL Mucke Motorsport in the year 2005 and won that year's top rookie honors. In 2006, Sebastian was promoted to test driver for BMW Sauber at 18. That year he participated in various championships but couldn't win any of the titles.

Vettel participated as BMW's Sauber's third driver at the Turkish Grand Prix in 2006. And on his testing debut, he set the fastest time in the second Friday free practice. Hence, he became the youngest Formula One driver to participate in a Grand Prix in the Turkish Grand Prix in 2006. He also exceeded the pitlane speed limit on the way to the track, which led to setting a record for collecting his first fine, nine seconds into his career. Sebastian made his Formula One race debut in 2007 when he was confirmed as BMW's test driver for 2007. He took his first World Championship point in the US Grand Prix.

Vettel joined Red Bull in the year 2007. He made his way up to third, behind Lewis Hamilton and Red Bull Racing's Mark Webber, in the Japanese Grand Prix. Later at the 2007 Chinese Grand Prix, he finished a career-best fourth. He competed in the 2007 Race of Champions at Wembley Stadium. He was representing the German team alongside Michael Schumacher and won the Nation's Cup title.

Vettel didn't have a great start to the 2008 season. He was the only driver in Formula One who had not completed a race after that season's four races. Sebastian bounced back by claiming his first-ever race win of his Formula One career in the Italian Grand Prix. He became the youngest driver to emerge winner in a Grand Prix event leading his to earn the nickname Baby Schumi.

Sebastian finished the 2008 season in fourth place in the Brazilian Grand Prix, sixth at the Singapore Grand Prix, and Japanese Grand Prix leading him to be named Rookie of the Year by Autosport. The 2009 season started pretty well for Sebastian, as he earned the DHL Fastest Lap Award after securing several fastest laps. 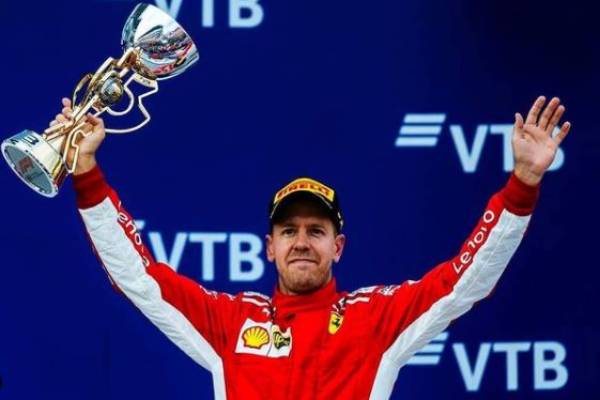 In 2010, Sebastian was appointed as a director of the Grand Prix Driver's Association at the Australian Grand Prix. He won the 2010 Abu Dhabi Grand Prix, becoming the youngest World Drivers' Champion in the sport's history. Vettel kicked off the 2011 season by winning 11 Grand Prix out of 19. He became the youngest back-to-back champion at the end of the season.

During the 2012 season, he managed to secure just one win from the first 13 rounds and but later won four races. The skillful racer, Vettel, became the third driver to win three successive titles, and the youngest triple champion in F1 history, after winning the 2012 drivers' championship. His 2013 season was also spectacular as he won 13 races throughout the season. He won his fourth successive F1 title at the 2013 Indian Grand Prix.

A new rule was proposed allowing the drivers to pick a unique car number, and Vettel chose #5. However, as reigning World Drivers' Champion, Vettel's number for the 2014 season was #1. The year 2014 did not bring any luck for him as he failed to win a race throughout the season. He departed from Red Bull in October 2014 and signed with Ferrari.

During the 2018 season, Vettel was involved in a tense situation against Lewis Hamilton. He won the Australian Grand Prix and finished the season in second place, behind Hamilton. Max Verstappen hit Vettel at the Chinese Grand Prix, which caused both of them to spin. The overall 2019 season did not prove lucky for Sebastian as he won just one race, the Singapore Grand Prix, throughout the season.

He finished fifth in the World Drivers' Championship. Later, it was announced that Vettel's contract with Ferrari would not extend beyond the 2020 season. However, due to the COVID-19 pandemic, the season was disrupted. Sebastian finished the season with 33 points, which were the lowest in a full campaign in his Formula One Career. He joined the Aston Martin F1 Team in 2021 by replacing Sergio Pérez.

Sebastian Vettel Net Worth And Endorsements

According to Celebrity Net Worth, popular Formula One racing driver Sebastian Vettel's net worth is $140 million. His net worth comprises his earnings from racing salary and endorsements. According to Forbes, he earns $36.5 million annually. He earned $50 million in the first year of his three-year contract with Ferrari.  According to Sportskeeda, from endorsements, the racing driver is said to be making $500,000 by endorsing the brands like Casio, Tirendo, Infiniti, and Pepe Jeans.

Sebastian has a huge collection of cars and a private helicopter. VW people carrier, Lotus, Aston Martin, Ferrari, Alfa Romeo, Mercedes AMG, and Infiniti Vettel FX are included in his car collections. Infiniti Vettel FX., which is manufactured by Nissan, has a worth of $154,390. Sebastian is still very dedicated in his career, so one cannot doubt that he will earn more in the coming years.

Talking about his personal life, Sebastian Vettel is married to Hanna Prater, who is his childhood friend. They first met in 2006 at school and dated for quite a long time before tying the knot at a private ceremony in early 2019. Sebastian and his wife are blessed with three children, a son, and two daughters.

Sebastian Vettel's eldest daughter, Emilie Vettel, was born in January 2014. The second daughter, Matilda Vettel, was born in September 2015. The couple's third child was born in November 2019 but has yet to reveal his name. He resides with his wife and children in a medieval-style farmhouse in Thurgau, Switzerland. According to Essentially Sports, his house costs about $7 million. 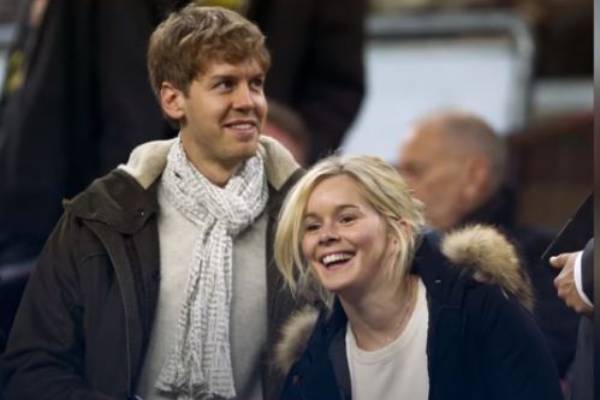 Sebastian likes to keep his personal life out of the spotlight. More information about Sebastian Vettel's wife, Hanna, and children is hard to find as he rarely talks about them in interviews. But let's hope we get to meet Vettel's partner and their young ones in the coming days.