Gianluca Petecof is a Brazilian race car driver currently competing in the Formula 2 Championship with the Spanish racing team, Campos Racing. He won the 2020 Formula Regional European Championship and has competed in several other competitions.

The Brazilian talent has been driving since he was a young boy and is now climbing up the Formula racing events. And while his professional life has been in the limelight for years, he has rarely opened up about his personal life. So, today, let's go through Gianluca Petecof's biography and learn more about him.

Gianluca Petecof was born to father, Fabrizio Petecof and mother Mariana Vieira, on November 14, 2002. Petecof's parents are not together anymore, but the former pair raised Gianluca in a loving environment. Petecof was raised in Sao Paulo, Brazil, and only moved to Europe to compete in karting championships. 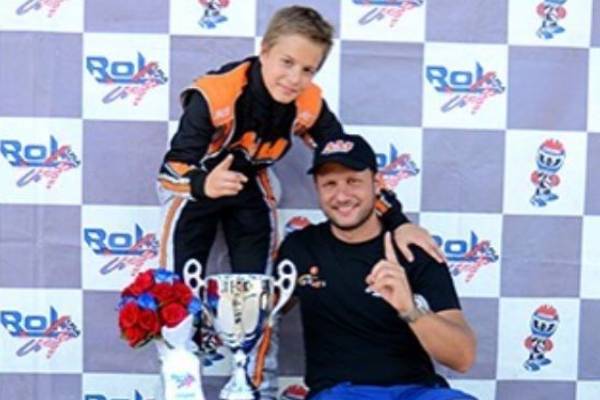 The young racer grew up alongside his sister and shares a close bond with her. According to her Instagram bio, Gianluca Petecof's sister, Manu Petecof, is a scientist and currently resides in Brazil. He also has a younger half-brother, Lorenzo Petecof, from his father's relationship with Thalyta Luizetto. Baby Lorenzo is the apple of everyone's eye, and the Brazilian race car driver is taking his responsibility as a big brother seriously.

As for Gianluca Petecof's education, he must have completed his primary schooling in Brazil before continuing his studies in Europe. It is unclear if Petecof completed his schooling traditionally, but he was a part of the Ferrari Driving Academy from 2017 to 2021. He has since joined the Campos Racing team.

As mentioned above, Gianluca Petecof started karting as a young boy and starting racing professionally in 2010. He clinched multiple karting titles in his home country before moving to Europe to compete on an international level. He won the Brazilian Cup and Brazilian National Championship pre-junior category and placed 7th in the SKUSA SuperNationals ZVII TaG Cadet.

Petecof competed in numerous junior championships, including the CIK FIA World Championship, Florida Winter Tour, and CIK FIA European Championship between 2014-2017. Then in 2018, Gianluca made his single-seater racing debut in the Italian and ADAC Formula 4 Championship. He was part of the PREMA Powerteam for these events, won one race, and had seven podium finishes.

The following year, the rising Brazilian talent continued to drive in the Formula 4 Championship with PREMA Powerteam. He placed second in the Italian series earning 233 points, 136 points behind the winner Dennis Hauger. Due to a crash on the second lap, the race was restarted, and Gianluca, who was in 20th position, managed to secure the podium. On the other hand, Petecof won one race in the ADAC F4 and finished 5th.

In the 2020 season, Gianluca Petecof only participated in the Formula Regional European Championship. He won the championship and then moved to the FIA Formula 2 Championship for the 2021 season. The F2 championship is ongoing, and to date, he has participated in six races. He is competing against drivers like Robert Shwartzman, Guanyu Zhou, Dan Ticktum, Liam Lawson, David Beckmann, Marino Sato, and Lirim Zendeli.

Gianluca left the Ferrari Driver Academy in the off-season, and now he is a part of the Campos Racing team and rides alongside his partner Ralph Boschung.

Throughout his career, Petecof has managed to generate mixed results in his races. Given below is a table showing Ginaluca's career summary:

As stated above, the F2 Championship is an ongoing event, and Chinese driver Guanyu Zhou is currently leading. Gianluca Petecof, on the other hand, seems to be struggling to keep up with other drivers and is yet to win any points. Nevertheless, we hope the Brazilian racer improves his performance and manages to gain top position in the championship.

Gianluca Petecof Net Worth And Earnings

The Brazilian driver has been competing in various Formula Racing Series since 2018 and has even won few races. Therefore, Gianluca Petecof's net worth must have increased due to prize money as and from sponsors.

As per sources, an Italian Formula 4 Champion pockets $48.7K (€40K), whereas a Formula Regional European Champion gains ($243.6K)€200,000 in prize money. Having won the regional championship and placing second in the Italian F4 championship, Gianluca must have pocketed this sum. Also, he has won numerous races, which might have aided his total earnings. 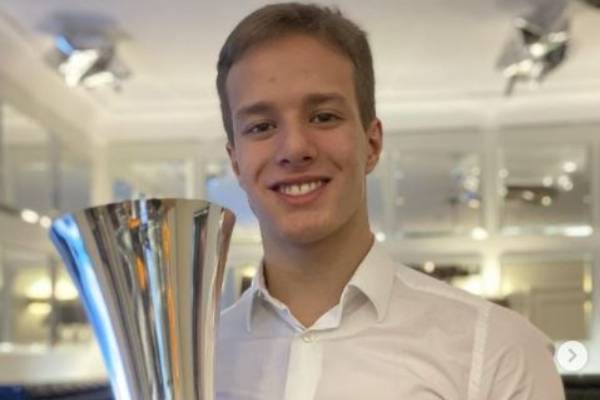 Furthermore, the rising Brazilian race car driver had been sponsored by several big companies, which helps increase his fortune. Shell and Ferrari backed him during his earlier Formula career. He was also sponsored by Matrix Energy and Americanet for his 2020 season. These deals might have helped raise Gianluca Petecof's net worth to a new level.

Just like his professional career, the Campos Racing team member has also found happiness in his personal life. He is currently dating Millie Dine, who is a student and an athlete. Gianluca Petecof's girlfriend is a British equestrian who has participated in numerous competitions. 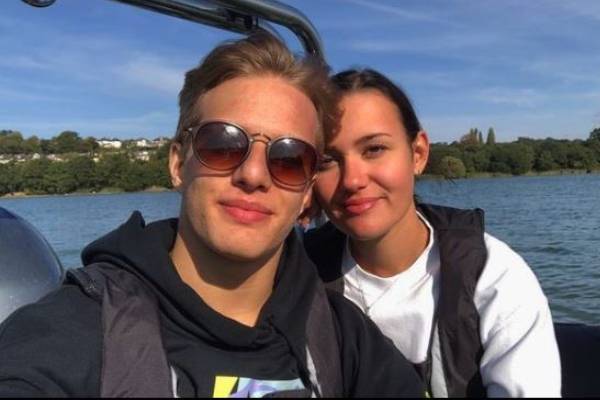 Gianluca Petecof has been together with his lover, Millie, for quite some time now. The pair has not shied away from sharing their love for each other. The racer even lived with his girlfriend and her family for a few months in 2020. This shows that the couple is very serious about each other. While marriage and children might be too soon for the duo due to their age, let's hope their love remains the same for years to come.