Home Featured Articles 7 Richest MLB Coaches Along With Their Net Worth.

Here, we will go through seven MLB coaches who have made a fortune from their careers. Photo Source: Social Media.

In any game, players are the integral part and number one focus of fans. So, it's natural for them to get millions of dollars worth of contracts and bonuses. However, behind every athlete, there are people guiding them forward. And some of those individuals are coaches.

The coaches are responsible for training the players and preparing them for matches. Whether it be football, soccer, tennis, or basketball coaches are a must. They also share the victory credits of their team and players.

But how much do these hard-working coaches earn in real life; are they also paid highly as players? Similarly, while NFL is known for their hefty paychecks, do MLB coaches also make around the same range? So, let's learn about the seven richest MLB coaches alongside their net worth in this biography.

Top 10 Richest Male Wrestlers With Their Net Worth And Fortune

Terry Francona is a well-renowned name in the MLB. He started as a first baseman and outfielder with the Montreal Expos. He later transitioned to become a coach and guided many teams.

The athlete's coaching tenure began in Minor League Division. He coached several MiLB teams before becoming the third base coach of the MLB team Detroit Tigers in 1996. In addition, he has coached Texas Rangers and Oakland Athletics. 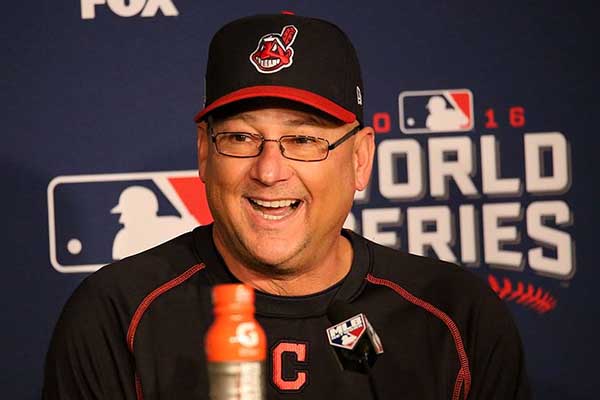 Terry's outstanding coaching experience led him to be the manager of the Boston Red Sox in 2004. His notable accomplishment was leading them to win two World Series titles. Moreover, he became the manager of Cleveland Indians in October 2012.

From his time with Sox, the MLB coach earned $12 million from 2008 to 2011. His contract with Indians must also guarantee a hefty income. According to several sources, Francona's salary amounts to $4.2 million yearly.

Thus, Terry Francona's net worth is $5 million from his MLB career.

Joe Maddon is one of the longest active managers in MLB. His managerial achievements and experience are inspiring for many new managers. He is now the manager of Los Angeles Angels.

Although people might recognize Maddon for his managerial skills, he also excelled as an MLB coach. He started as a scout with the Angels before becoming its roving hitting instructor in 1987. Eventually, he was promoted to be the first base coach in 1994. 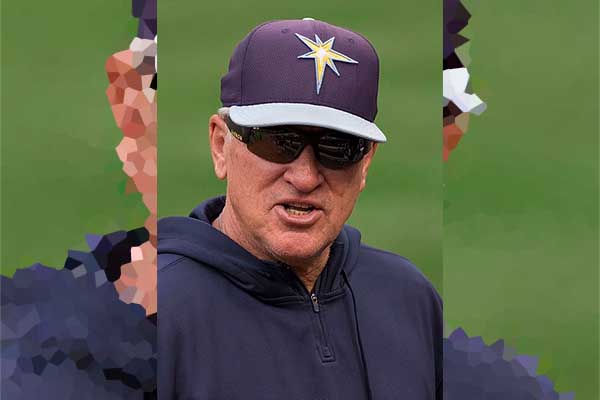 However, Maddon was destined to prosper more, and he soon made his managerial debut with Tampa Bay Devil Rays in 2005. He also served as a manager for Chicago Cubs.

The MLB coach's three-year contract with Angels guarantees $12 - $15 million. As per Audacy, Joe's salary is estimated to be $4 million annually.

Hence, Joe Maddon's net worth stands at $12 million. It will likely rise more in the future.

Bruce Bochy ranks among baseball players turned managers in MLB. He played as a catcher for nearly a decade with Houston Astros, New York Mets, and San Diego Padres.

After quitting playing, Bochy turned to manage minor league teams. He later returned to Padres as their third-base coach under former manager Jim Riggleman in 1993. In addition, he served for only a season before succeeding Riggleman as Padres' new manager. 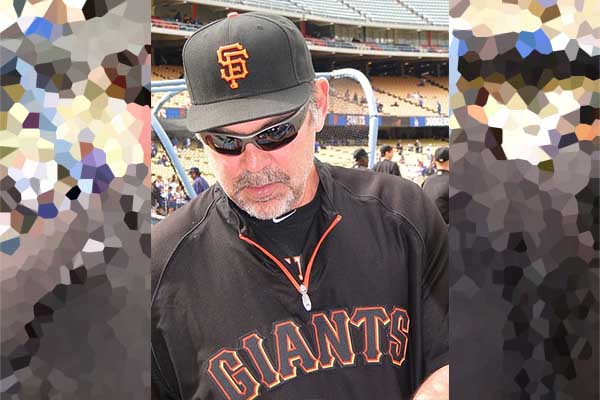 Bruce joined San Francisco Giants in 2007 and served there for thirteen seasons. Under his guidance, Giants won three World Championship Series in 2010, 2012, and 2014.

Bochy's salary from the team was $4 million per year. Sadly, he announced his retirement after the end of the 2019 season. Nonetheless, Bruce Bochy's net worth amounts to $12 million.

Another individual who has risen from a player to be a successful coach is Joe Girardi. He won three World Championship Series as a player for the New York Yankees.

Following his departure from playing, Girardi became a bench coach for Yankees in 2005. Then, after a season, he began his managerial journey with Florida Marlins. In addition, he was a Yankees manager from 2008 to 2017.

Let's look at some of his ejection compilations.

The MLB coach's three-year contract with the Yankees was worth $7.5 million in 2008. His final contract with the team guaranteed $12- $15 million. Likewise, Girardi has signed a four-year deal with Philadelphia Phillies, which provides him $3 million per season. It also makes Girardi's salary $2.5 million deducting the taxes.

Hence, Joe Girardi's net worth stands at $15 million. His fortune will likely increase more after completing his current contract with the Phillies.

Any MLB fans might have heard the legendary Dusty Baker. He had a successful playing career with two All-Star honors, one World Series win, and a Golden Glove Award.

The sportsman played for nineteen seasons before announcing his departure in 1986. He then became the San Francisco Giants' first base coach in 1988. In addition, he stayed there for four seasons as a hitting coach.

The coach turned to managing the Giants in 1993. Since then, he has managed Chicago Cubs, Cincinnati Reds, Washington Nationals, and Houston Astros. Furthermore, Baker's income is $1.5 million per season with the Astros.

The baseball manager previously earned $900,000 from the Giants in the late 1990s. However, his legal battle with IRS and his debts cut off his earnings to $9,000 annually. Eventually, he paid the loan and could get his salary in full.

Aside from MLB, Baker owns a wine business Baker Family Wines. Its products and their prices are listed below:

Thus, Dusty Baker's net worth stands at $20 million from his managerial and coaching career and other ventures. His son, Darren Baker, is also following in his footsteps and plays in MiLB.

The sportsperson's baseball passion led him to be a special instructor for Yankees in 1997. He held the position for seven seasons before promoting to hitting coach in 2003. Moreover, he served as a coach for Los Angeles Dodgers from 2008-10. 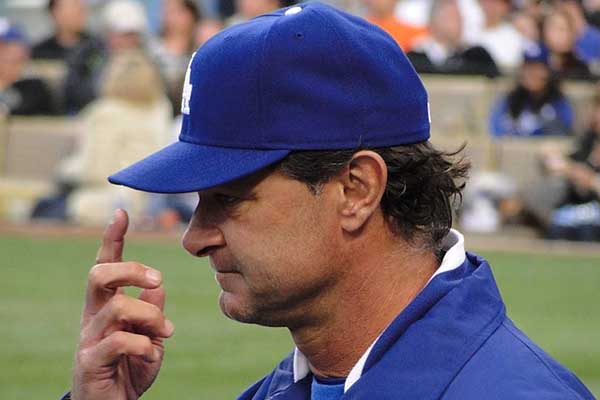 Mattingly succeeded Joe Torre as Dodgers manager in 2011. He finished his coaching tenure with a 446-363 record and three straight post-season appearances. Since 2016 he has been managing Miami Marlins.

The Marlins manager's salary at the peak of his career was $4.5 million per year. His current salary from Marlins is $2.4 million yearly. Thus, Don Mattingly's net worth amounts to $25 million.

Ranking at the top of our richest baseball coach's list is Tony La Russa. Like other coaches, he began his career as a player and actively played for a decade.

However, coaching and managing was Tony's forte, and he excelled in those roles. As a coach, he served Chicago White Sox from 1978-79. Moreover, the baseballer's managerial credits include working for Sox, Oakland Athletics, and St. Louis Cardinals. He has returned to Sox as their new manager in the 2021 season.

Tony's notable accomplishments include assisting his team to three World Series titles, thirteen division titles, and six league championships. His income must have also increased alongside his career progress. 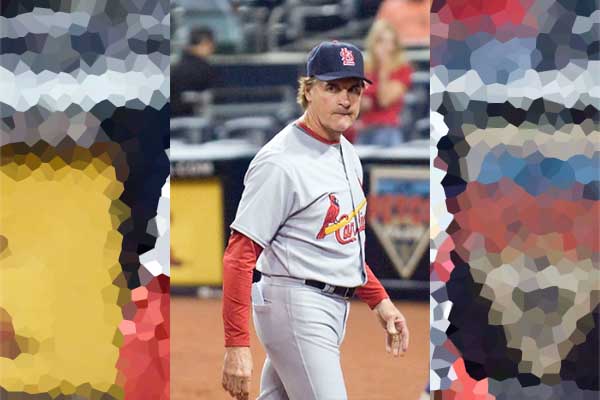 Tony's multi-year contract with Cardinals guaranteed $1.5 million in 1996. Now, after more than two decades, his salary from Sox must be more than that amount.

Hence, Tony La Russa's net worth is a whopping $30 million. He is one of the highest-earning baseball coaches in MLB.

Besides the coaches mentioned above, Brian Snitker, Kevin Cash, Torey Lovullo, Ned Yost, and others have gained fortune from their coaching profession.