Australian actress Toni Collette Galafassi, born Toni Collette, is a household name in the entertainment industry. She is mainly famous for her roles in television and independent movies. For her works in such films, she has received several accolades, including a Primetime Emmy Award, a Golden Globe Award, an Academy Award nomination, and two British Academy Film Awards nominations.

Toni's professional career is not the only thing that is successful in her life, her marriage is too. She is happily married to Dave Galafassi, and it has already been many years since the pair tied the knot. But, aside from being associated with the blonde beauty, who is Dave? So, today, we are bringing you this article, including seven interesting facts about Toni Collette's husband.

Born And Raised In Australia

Toni Collette's spouse, Dave was born in 1978 to his loving parents. He grew up in Port Macquire, New South Wales, Australia. Despite being in the limelight, he prefers to live a private lifestyle. As a result, not much is known about Dave Galafassi's parents, siblings, and childhood.

Furthermore, Dave's educational background has also not been disclosed. As per The Sun, he learned to play drums during his teenage days. Later, his passion for the instrument led him to pursue a career in the music industry. So, is it possible he might have studied something related to his field?

A Drummer By Profession

As mentioned earlier, as a teenager, Dave started playing drums. In 2000, he, along with Pete Farley, Edo Kahn, and Nadav Kahn, formed an Australian pop rock band, Gelbison. While he was on drums, Pete was on bass guitar, Edo on guitar and vocals, and Nadav on keyboards and vocals.

The band's first gig was at the Hollywood Hotel, Surry Hills, and it was attended by English musician Ian Ball. Gelbison's debut album was 1704, which was released in April 2003. The group went on to release another album with 12 tracks in 2004. Likewise, they also released three singles.

The band officially disbanded in 2007. Although Dave left Gelbison a few years before, he must have earned considerably while performing for the band. After that, he worked on different other projects.

Met His Wife At A Barbecue

As mentioned earlier, Dave shares a blissful conjugal life with the Australian actress, Toni. As per some sources, the couple met in 2002 at a barbecue. Furthermore, some sites suggest that the duo had their first encounter in 2002 at an album launch party for the band Gelbison, which Tony had also attended.

On the contrary, Collette revealed that she and her partner met after one of his Sydney gigs. Then, their second interaction was at a house party, and that was where sparks flew. In an interview, the gorgeous lady shared that she kind of melted after he kissed her on the cheek. She then stayed at the party for 12 hours.

The pair bonded over their mutual love and interest in music. Shortly after, the couple began their romantic relationship. Moreover, the actress described her then-boyfriend as a very patient, balanced, beautiful young man. After some time, the smitten duo eventually led their relationship to the next level.

After dating for a while, the lovebirds decided to tie the knot. Their wedding ceremony was held on January 11, 2003, on Toni's rural getaway near Berry, which is two hours south of Sydney. Buddhist monks assisted the service, and guests enjoyed a vegetarian banquet, with dance and a beautiful fireworks display.

Dave Galafassi's wife wore a veil and a beautiful Collette Dinnigan-inspired gown. Rose petals were scattered down the aisle, lanterns lit the podium, and every guest held flowers. A total of 80 guests that attended the ceremony were settled in hotels around Berry and were taken to the 10-hectare property of the actress in a minibus. 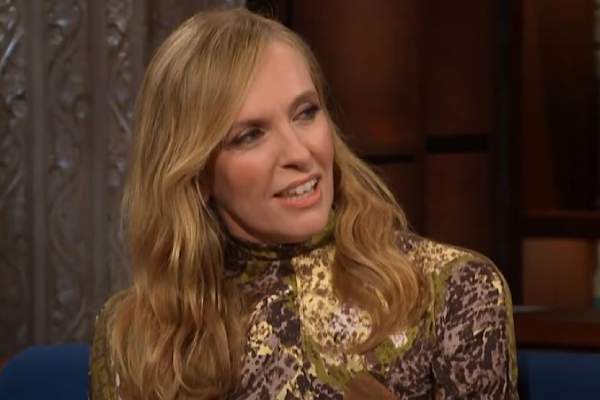 The guest lists included Maria Farmer, Ann Churchill-Brown, Rachel Griffiths, Andrew Taylor, Nash Edgerton, Kick Gurry, and others. The wedding ceremony was a very lovely event. Toni reflected on the moments by adding she was on Cloud 59, and it was the best thing that ever happened to her. The duo is still going strong, and hopefully, their marriage lasts a lifetime.

Another renowned personality who is married is Kenneth Lonergan.

A Proud Dad Of Two Children

The lovely couple have welcomed two kids after getting hitched. Toni Collette's husband became a dad for the first time on January 9, 2008, after the birth of their daughter Sage Florence Galafassi in Sydney.

Likewise, the Galafassi couple welcomed their son, Arlo Robert Galafassi, on April 22, 2011. The pair have not revealed much information about the kids. Nevertheless, the drummer is often spotted spending time with his babies and spouse. The family of four resides in Sydney, Australia.

The Husband And Wife Released An Album Together

In the case of the entertainment world, there are only a few couples that work in the same sector. Well, Toni and Dave happen to be one of them. As mentioned earlier, Dave is a musician. Likewise, besides being one of the popular actresses, Toni is also a singer and songwriter. Their common interest in music led them to form a band, Toni Collette & the Finish, in 2006.

It was also before the Collette-Galafassi couple had welcomed their babies. The band was fronted by Dave's wife, who provided vocals, and he was the drummer. They released their debut album, Beautiful Awkward Pictures, in October 2006. 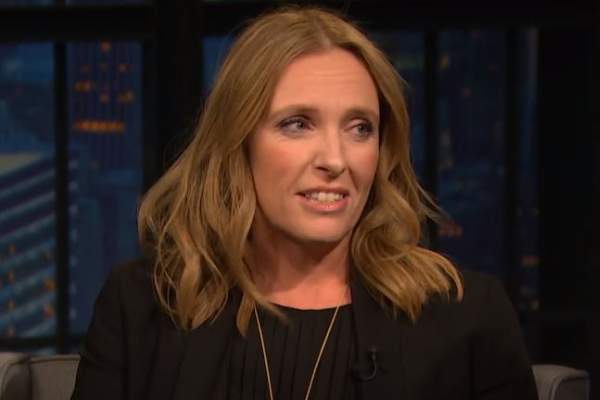 The next month, the band filmed their first television show at the Sydney Opera House. Many people loved the songs of the band. Eventually, the pair welcomed their first child, and their foray into music was sidetracked.

Got Into A Motorbike Accident

In December 2019, the instrumentalist had a life-threatening accident. Taking to now-deleted-Instagram, Dave Galafassi's wife shared a photo of six emergency vehicles and explained that her husband was recovering from the incident. Furthermore, she also thanked Toll Ambulance Rescue and NSW Ambulance for saving him.

Toni Collette's husband is safe and sound now. He must be living a wonderful life. With the husband-wife duo having a rare social media presence, it's pretty challenging to learn about their daily affairs. Nevertheless, let's hope we hear more about Dave in the coming days.