Baseball is one of the most popular sports in the United States, with millions of people watching the Major League Baseball games every year. Many young boys and girls have been pushed to participate in baseball by their parents, which has continued to keep it alive at ground level.

However, the major attraction for baseball lovers is the highly popular and the oldest major professional league, Major League Baseball (MLB). The league has now turned into a billion-dollar franchise. And those who have played in the league have managed to earn millions just in salary.

Alex Rodriguez is one of the most popular baseball players in the world. He was a star player in his high school and college baseball team and made his professional debut in 1994. Rodriguez has retired from the professional scene but is still recognized due to his successful career in the Major Baseball League..

According to Celebrity Net Worth, Alex Rodriguez's net worth is estimated to be around $350 million. He reportedly earned $441 million in salary alone during his twenty-two years as a professional baseball player. His contracts, including the ten-year, $252 million with Texas Rangers in 2000 and ten-year, $275 million deal with the New York Yankees in 2007, was the largest during the time. Rodriguez also received millions in bonuses for his performance in various games. 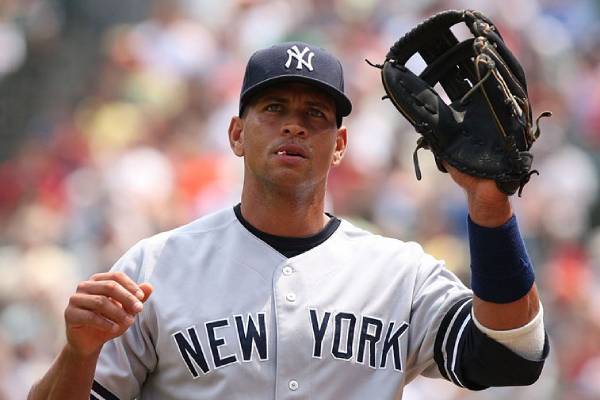 Alex Rodriguez's net worth of $350 million makes him the richest baseball player in the world. Image Source: Wikimedia Commons.

While a large portion of his earnings come from his highly successful baseball career, Alex also pocketed a considerable sum from endorsement and his post-baseball career. At one point, Alex Rodriguez was endorsed by numerous high-profile companies. However, his total earnings from endorsements are only $40 million, which is far less than his fellow players. This was because of the scandal about steroid usage.

After retirement, Rodriguez has continued to stay in the limelight and used his star power to the maximum. He has worked as a broadcaster for numerous channels like Fox Sports and ESPN. Also, he has established a holding company, A-Rod Corp, which has helped him invest in various industries. All of these earning sources have helped Alex Rodriguez become the richest MLB player in the world.

Second, on the list of the richest MLB players is retired professional player Derek Jeter. He began his professional baseball career in 1992 as a minor league player but then moved to the MLB. He is regarded as one of the best players in the world and was a big contributor to New York Yankees' success in the early 90s and late 2000s. Since retiring as a professional player, Derek has branched out as a baseball executive and businessman.

As per Celebrity Net Worth, Derek Jeter's net worth is around $200 million. He earned $265 million as his baseball salary and reportedly pocketed $150 million from endorsements. Just like Alex Rodriguez, Derek also signed lucrative contracts like a 10-year $189 million deal with the Yankees. He reportedly earned between $30 to $35 million at the peak of his career. 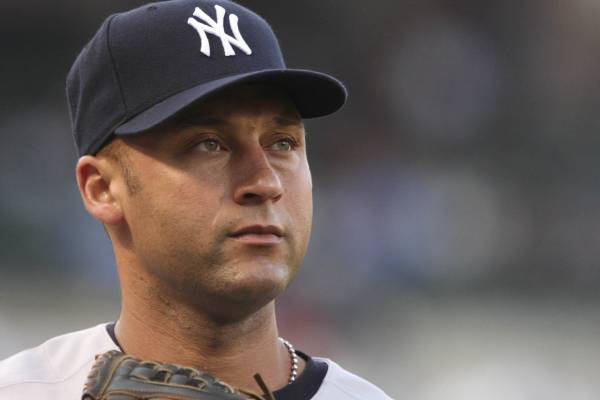 Derek Jeter has ventured into the business side of baseball which helped earn him a significant amount. Image Source: Wikimedia Commons.

Furthermore, Derek Jeter has invested in numerous ventures. He formed the imprint called Jeter Publishing in collaboration with Simon & Schuster and also created The PlayerTribune.com, a website that publishes sports-related content daily. Jeter has also joined the business side of baseball and is the part-owner of the MLB team, the Miami Marlins. While he only earns a 4% stake in the franchise, Derek oversees the day-to-day operations of the team.

Additionally, unlike Alex, whose endorsement deals fell off after the steroid scandal, Derek's cut and clean image landed him numerous deals. He had lucrative deals with companies like Gatorade, VISA, Ford, Nike, and Fleet Bank. These deals have made him one of the most marketable players in history. And with all his earnings combined, Derek Jeter has captured the second position in the 5 richest MLB players list.

Japanese professional baseball player Ichiro Suzuki is third on the list of richest MLB players. He began his professional baseball career in Japan in 1992 and then moved to Major League Baseball in 2001. Since then, Ichiro has gained worldwide fame and even represented Japan in numerous international tournaments. He announced his retirement in 2019 and was the oldest active player in MLB at that time.

According to Celebrity Net Worth, Ichiro Suzuki's net worth is estimated to be $180 million. Much of his earnings came from his salary as an MLB player. He reportedly pocketed $170 million in salary alone. His first MLB contract was worth $14-million for 3-year with Seattle Mariners. He then signed a 5-year, $90 million extension in 2007. He also played for the New York Yankees and Miami Marlins and then returned to the Mariners. 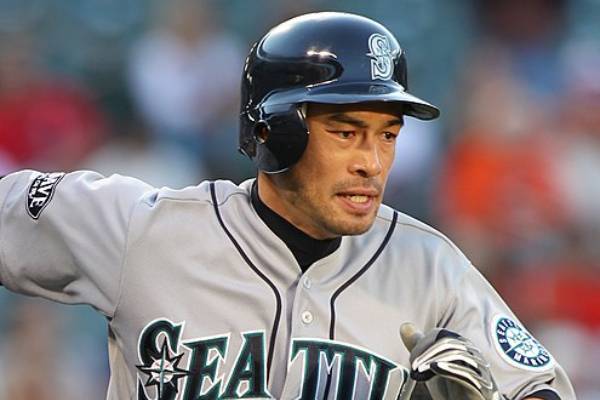 Ichiro Suzuki is one of the most popular and richest Japanese MLB player. Image Source: Wikimedia Commons.

Additionally, as one of the first Japanese players in MLB, Suzuki was surrounded by media storm and endorsement deals. He was popular both in his home country and the USA, but he mostly endorsed Japanese brands like Mizuno, Kirin Beer, among others. He also partnered with US companies like Majestic Athletic, Upper Deck, and Cutter& Buck. At the highest point of his career, Ichiro reportedly made around $7 million per year in endorsement alone.

The Japanese player had to pay a massive tax bill after it was revealed that his father had been underreporting his income. Nevertheless, his earnings from his baseball career and endorsement have helped Ichiro Suzuki become the third richest MLB player in the world.

The fourth on the list of richest MLB players is the Dominican-American player Albert Pujols. He made his MLB debut in 2001 with the St. Louis Cardinals but currently plays for the Los Angeles Dodgers. Pujols has won numerous World Series and other awards in his career. He has continued to perform well in the league and still has many years to go in his professional playing career.

According to Celebrity Net Worth, Albert Pujols's net worth as of 2021 is $170 million. He reportedly pockets $28 million yearly from baseball and endorsement deals. His first major contract signing was with the Cardinals in to play for their minor league team. Then in 2004, he signed a contract extension worth $100 million for 7-years. 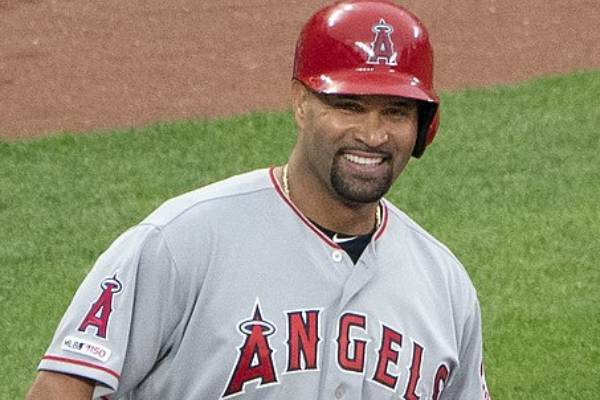 Albert Pujols has amassed a fortune of $170 million from his career as a baseball player. Image Source: Wikimedia Commons.

In 2012, Albert Pujols signed a massive ten-year deal worth around $254 million with Los Angeles Angels. This was the second biggest contract signing behind Alex Rodriguez's $275 million, 10-year deal. Pujols reportedly made $30 million between June 2017 and June 2018 from endorsement and salary.

With him still playing for the Angels, Albert Pujols's fortune might increase significantly in the coming days. For now, his $170 million net worth makes the Dominican-American the fourth richest MLB player in the world.

Last on the list of the 5 richest MLB players is Miguel Cabrera, who is affectionately known as "Miggy."The Venezuelan professional player made his MLB debut with Florida Marlins in 2003 and has since moved to Detroit Tigers. He was a star player in the Venezuelan Winter League before finding fame as a Major League Baseball player.

As per Celebrity Net Worth, Miguel Cabrera's net worth is estimated to be $125 million. He has signed numerous million dollars contracts, which have helped aid his fortune. In February 2007, he obtained a $7.4 million, 1-year contract after winning his arbitration hearing. He was then traded to Detroit Tigers and signed a $153.3 million, 8-year extension with the team in 2008. 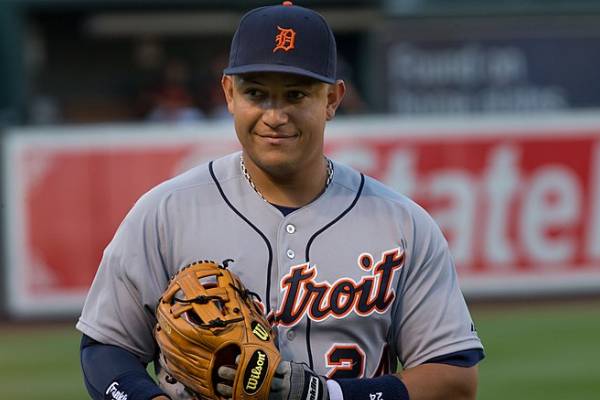 Miguel Cabrera's salary was $21 million on average after the above-mentioned contract signing. Furthermore, he signed a contract extension for eight more years worth $249 million. This resulted in Miguel earning around $30 million per year. As of 2021, he has reportedly earned roughly $330 million in salary alone.

Additionally, the Venezuelan baseball player has been endorsed by numerous companies. The income from the endorsements and his baseball salary has helped Miguel Cabrera become the fifth richest MLB player in the world.

Other players like Ryan Howard, Zack Greinke, Chipper Jones, Joey Votto, Barry Bonds, and Manny Ramirez have also managed to earn hundreds of millions from their baseball careers. Let's hope we get to see newcomers on the list of the richest MLB players in the world.