Ultimate Fighting Championship, best known as UFC, is one of the most viewed and talked about sporting events in the current world. The MMA (mixed martial arts) promotion company which was founded in 1993, has garnered a massive following and is now more popular than traditional boxing events.

Having found a global audience in the last decade, the UFC has become a multi-billion-dollar enterprise. As a result, many of the MMA fighters who compete in the UFC have amassed a massive fortune, in addition to fame. Many have become millionaires due to their involvement with the popular event.

Today let's go through the list of the 10 richest UFC fighters of all time and find out how they managed to accumulate their fortune.

Irish professional MMA fighter Conor McGregor's name has been synonymous with UFC and its various events. He is one of the most infamous fighters in MMA and has garnered worldwide fame. And along with fame, McGregor has also earned millions from his career.

According to Celebrity Net Worth, Conor McGregor's net worth is estimated to be around $200 million making him the richest UFC fighter. He is one of the highest-paid athletes in the world and reportedly pockets $32 million per year in salary and winnings. In 2015 he earned $5 million after defeating Chad Mendes and $12 million in his match against Jose Aldo. His most lucrative match was against Khabib Nurmagomedov in 2018, where he apparently pocketed $50 million. 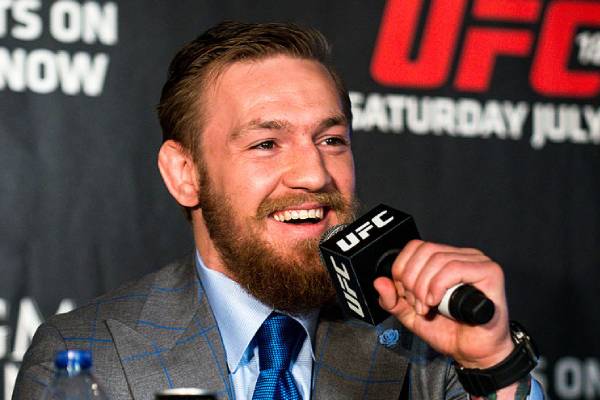 However, the Irish fighter's fortune does not rely on his earnings from UFC. He has also competed in a professional boxing match against Floyd Mayweather Jr. Furthermore, McGregor has endorsement deals with several major companies like Reebok, Electronic Arts, and Wynn Resorts. He has also founded the Irish whisky distiller, Proper No, Twelve, which also aides to his wealth.

All of the business ventures he has invested in and the millions of dollars match winnings he pocketed have helped Connor McGregor become the richest UFC fighter.

Russian mixed martial artist Khabib Nurmagomedov is regarded as one of the greatest fighters UFC has ever seen. While he is now retired from the sport, Khabib has left a mark in the sports, establishing 29 wins and zero losses in the UFC. The former UFC Lightweight Champion held the title for the longest time, from 2018 to 2020.

As one of the most popular fighters to compete in UFC, the Russian national has amassed a considerable fortune. As per Celebrity Net Worth, Khabib Nurmagomedov's net worth is estimated to be $40 million. He reportedly pocketed more than $14 million as his career earnings, most of which came from his last two fights. He walked away with $6.09 million each after winning the fights against Dustin Poirier and Justin Gaethje before announcing retirement.

Like every athlete in the world, the retired UFC fighter has also collaborated with several companies. He has topped Forbes's list of most successful Russians for many years due to professional and financial gains. So, it is no surprise that Khabib Nurmagomedov is the second richest UFC fighter.

Next on the list of richest UFC fighters is the Canadian mixed martial artist Georges St Pierre. He has a net worth of $30 million, most of which comes from his earnings per fight as well as sponsorship deals. Pierre retired from the UFC now but has made an impact in the MMA world as he is a two-division champion in the UFC.

Georges St-Pierre reportedly earned six-figures amount per fight and also a considerable sum from Pay-Per-View earnings. GSP also pocketed millions through endorsement deals, and it is reported that he could have received $12 to $15 million per year at his prime. 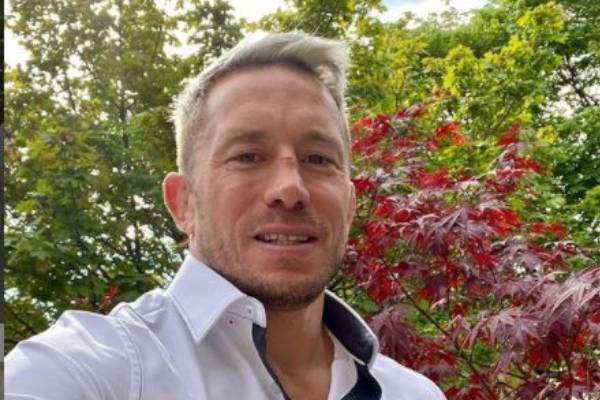 Additionally, Pierre has also appeared in several movies and television series. His most popular appearance was in the Marvel movie Captain America: The Winter Soldier. He also had a brief stint in The Falcon and the Winter Soldier. While his part was short, looking at the success MCU has generated over the years; there is no doubt that GSP was paid significantly for his work.

Brock Lesnar is a triple threat, having found immense success as a football player, professional wrestler, and mixed martial artist. Lesnar was involved in the UFC from 2008 to 2011 and then returned in 2016 and spent two more years as a fighter. In both of his tenure with the UFC, the American-Canadian professional managed to win numerous fights and earned millions.

The only person in history to hold a WWE world championship and a UFC championship, Brock Lesnar's net worth is $25 million. He was once the highest-paid athlete, according to ESPN magazine. He reportedly earned $5.3 million in 2010, including his salary per bout and pay-per-view bonus. Lesner also pocketed a considerable sum through endorsements. 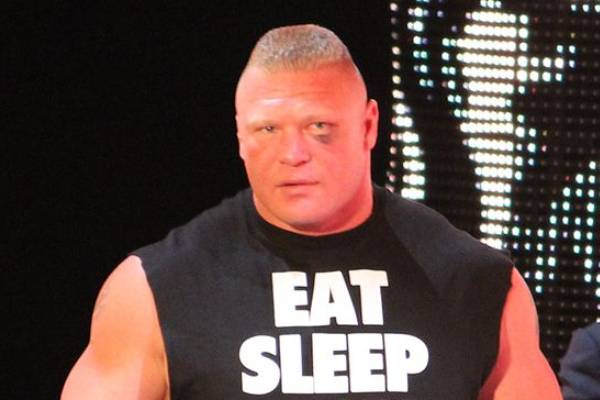 Brock Lesnar first found fame and fortune as a UFC fighter and then transferred to WWE. Image Source: Wikimedia Commons.

While Brock Lesnar is no longer part of the UFC, his earnings from WWE and other ventures have helped place him in the list of richest UFC fighters of all time. There have been rumors about him returning to the mixed martial arts world, and if he does, there is no doubt that Lesnar's fortune will skyrocket.

Brazilian Jiu-Jitsu practitioner and professional mixed martial artist, B.J. Penn with his estimated net worth of $22 million, is the fifth among the list of richest UFC fighters. He previously won both the Welterweight and Lightweight UFC Championship, making him the second fighter to do so. 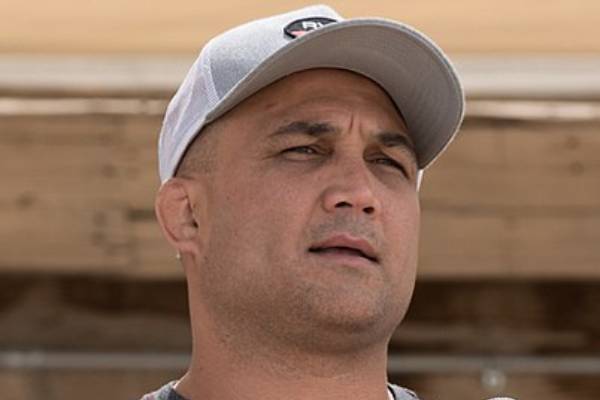 B.J. Penn's net worth of $22 million includes the amount he has earned per fight throughout his fighting career. He is one of the key faces who helped make UFC the billion-dollar enterprise it is now. Besides UFC, Penn has also made a considerable sum through his autobiography Why I Fight: The Belt is Just an Accessory and his appearance in movies.

American mixed martial artist Tito Ortiz made his debut at UFC in 1997 as an amateur for no contract and prize money. However, he has since become one of the most popular fighters in the event. He has won numerous championship titles, including the Light Heavyweight Champion, and has been inducted into the UFC Hall of Fame.

As one of the earliest UFC stars, the mixed martial artist has amassed a fortune from his time there. Tito Ortiz's net worth is estimated to be around $20 million, which includes his salary from the UFC and also as a politician. Tito's highest payment as a fighter was in 2006 for his second bout against Chuck Liddell. He reportedly pocketed $3.2 million for the fight, which included his PPV bonus. 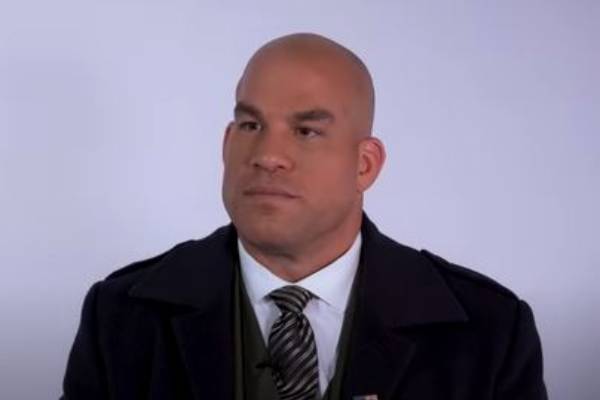 Tito Ortiz's net worth of $20 millions makes him one of the richest UFC fighter. Image Source: Social Media.

Furthermore, Tito Ortiz's fortune also comprises of his various business ventures. He is the CEO of the MMA equipment and clothing line, Punishment Athletics, and also owns an MMA gym in California. He is currently pursuing a career as a politician and won the city council seat for Huntington Beach in 2020.

Brazilian-American MMA artist and boxer Wanderlei Silva's net worth is around $18 million, according to Celebrity Net Worth. He started his UFC career in 1998 in a match against Vitor Belfort, which lasted only 44 seconds and Silva losing. Nonetheless, he moved on from this defeat and has since won 35 of his 51 fights in his career. Wanderlei only fought few bouts in his first tenure with the UFC and transferred to Pride Fighting Championships, where he garnered much success. 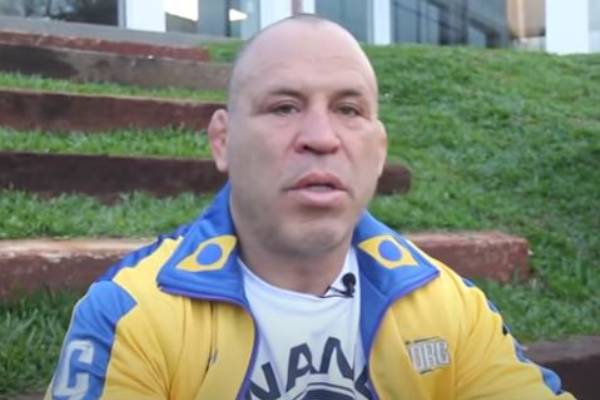 Wanderlei Silva's net worth is estimated to be around $18 million. Image Source: Social Media.

Silva returned to UFC in 2007 and competed in numerous events. And from these events, he pocketed thousands if not millions. And while he first found fame as a UFC fighter, Wanderlei's fortune might have been heavily influenced by his time at the Pride Fighting Championship. Nevertheless, his net worth of $18 million has helped Wanderlei Silva to be listed among the ten richest UFC fighters of all time.

Randy Couture is best known as the first person to hold two UFC titles in two different divisions simultaneously. He started his career in the UFC in 1997 and went on to compete in sixteen title fights over the course of over a decade. Couture is one of the most respected and honored fighters to ever compete in the UFC.

Due to his successful run at UFC events, Randy Couture's net worth is estimated to be $17 million. He has fought 24 bouts in UFC, winning sixteen of them. As a result, the American MMA star must have pocketed millions per fight. Couture had been paid $250K plus $936K of PPV revenue for his fight against Tim Sylvia. Similarly, he must have earned thousands for his other bouts. 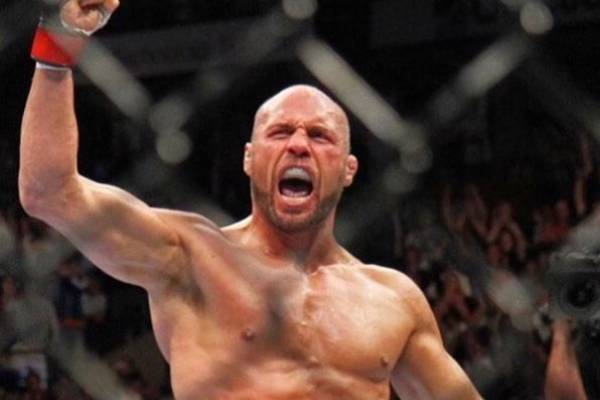 Randy Couture has an estimated net worth of $17 million from his successful career. Image Source: Randy Couture Instagram.

Moreover, Randy has also served in the US Army and pursued a career as an actor. He has starred in movies and shows like Big Stan, The Expendables franchise, Hawaii Five-O, etc. His income from these projects, in addition to his earnings as an MMA fighter, helped Randy Couture become one of the richest UFC fighters of all time.

Ronda Rousey is the ninth and only woman on the list of ten richest UFC fighters. The American professional MMA artist is one of the first and most popular female fighters. She joined UFC in 2012 and went on to compete in eight UFC events winning six of them. 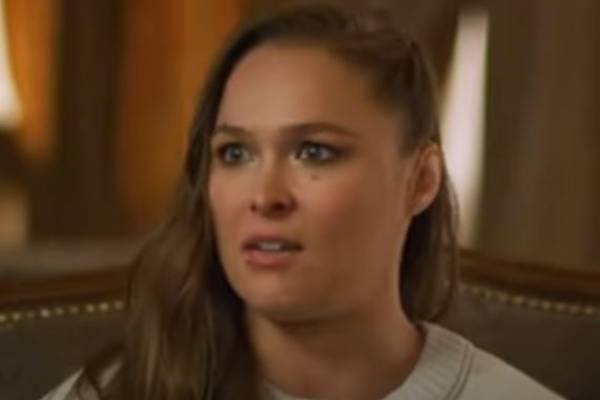 Rousey reportedly earned $1.08 million in prize money through her first six bouts, which she won. While the following two fights ended in defeat, she was awarded a Fight of the Night bonus. Ronda Rousey's net worth of $13 million also comprises her earnings as a WWE star.

Furthermore, the California-born fighter has endorsed products of Carl Jr., Reebok, Monster headphones, and many others. She reportedly earned $14 million through various sources in 2015 alone, which comes as no surprise as Ronda Rousey is the richest female UFC fighter and ninth richest overall

Closing the list of ten richest UFC fighters of all time is the former Ultimate Fighting Championship Light Heavyweight Champion, Chuck Liddell. The American mixed martial artist has fought 23 times in UFC and was among the key figure who helped popularize the event.

As per Celebrity Net Worth, Chuck Liddell's net worth is $12 million, most of which came from his time as a UFC fighter. According to various sources, The Ice Man used to earn somewhere around $250K to $500K per fight. Liddell also pocketed a considerable amount through PPV bonus since his bouts were some of the more popular ones. 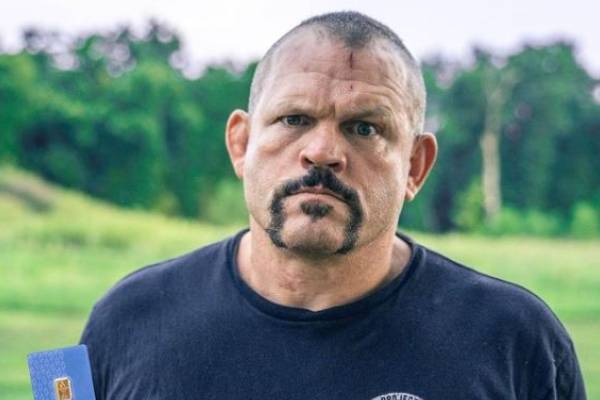 Chuck Liddell officially retired from the sport at the age of 50 in 2020. However, earnings as an actor, writer, and other business ventures have helped him become one of the richest UFC fighters.

Along with the above-mentioned fighters, UFC has paved the way for numerous others to become a millionaire. Frank Mir, Jon Bones Jones, Junior dos Santos, and Jose Aldo are few other mixed martial artists who have amassed a fortune due to UFC.