Elizabeth Smart came into prominence after she was abducted from her home at the age of 14 and now is a well known activist and child safety advocate. Image Source: Elizabeth Smart Instagram.

Elizabeth Smart, born Elizabeth Ann Smart, is a child safety activist and news commentator of American nationality. She gained fame after being abducted at the age of 14 from her own home and was rescued after nine months. She also works as an advocate and activist for missing persons.

Elizabeth Smart's kidnapping has been the subject of several non-fiction movies and books. Talking about her personal life, she is currently in a blissful marriage and is a doting mother of three children. For now, let's learn more about some of the facts of Elizabeth Smart and her works.

Elizabeth Smart was born to her father, Edward "Ed" Smart, and her mother, Lois Smart, on November 3, 1987. Her father is a real estate and mortgage broker. She is the second-oldest child of her parents and grew up with four brothers, Charles Smart, Andrew Smart, Edward Smart, William Smart, and one sister, Mary Katherine Smart.

Elizabeth's family was part of The Church of Jesus Christ of Latter-day Saints, also known as the Mormon Church or community. In August 2019, Elizabeth's dad came out to the public as gay. After he announced his sexual orientation, Elizabeth's parents divorced in 2019. Following this incident, they have not spoken to each other. 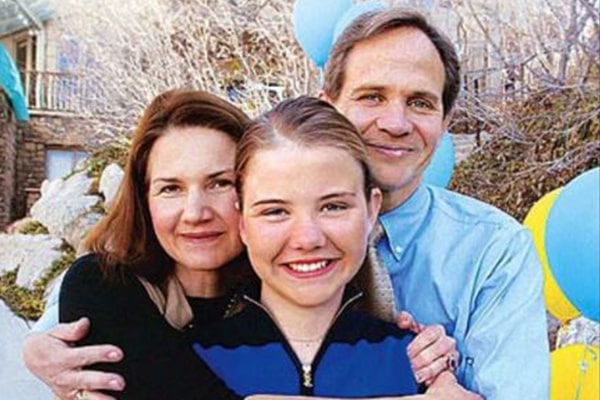 Elizabeth Smart's parents got divorced after her father opened up about his sexual orientation. Image Source: Elizabeth Smart Instagram.

Even though their marriage ended after 34 years, they had shared blissful marital life and had raised their children with great love and care.

Elizabeth attended Bryant Middle School and East High School in Salt Lake City. She then went to Brigham Young University graduated in 2008 with a degree in Bachelor of Music in harp performance.

Was Abducted At The Age Of 14

As mentioned before, Elizabeth came into prominence after she was abducted from her home in Salt Lake City. Her abduction case was the most followed child case of her time. On June 5, 2002, she was abducted by husband-wife duo Brian David Mitchell and Wanda Barzee. She was kidnapped from her own room at knife-point and her sister, Mary, witnessed the abduction.

Following the kidnapping, Elizabeth's family went on television on June 6, 2002, and pleaded for the kidnapper to return their daughter. They worked with the Laura Recovery Center, which organized a massive regional search effort involving 2,000 volunteers each day, along with dogs and planes. Sadly, they were unable to locate her then.

Although Mary's observation was used as evidence, it did not become that great help in the investigation. In October 2002, she recognized Mitchell's voice as "Emmanuel," a jobless man who had worked for them doing handy work. However, the police could not find it to be a valid lead. Her family then hired a sketch artist to draw "Emmaneuls's" face from their description. The sketch was later released in other media resources and Larry King Live. Mitchell's relatives recognized the sketch. They provided the contemporary photos of Mitchell to police, which led to him ultimately being found with Wanda and Elizabeth nine months later, on March 12, 2003.

After Mitchell was found competent in 2004, trials began, and after numerous trials over the years, his insanity defense was destroyed in December 2010. Elizabeth testified about her abduction and shared that Mitchell repeatedly raped her, made her consume alcohol, and forced her to watch adult movies. Mitchell was found guilty of kidnapping her with the motive of engaging her in sexual activity. In May 2011, he was sentenced to life prison in Arizona, and on the other hand, Barzee was sentenced to serve her imprisonment until 2024. However, she was released from prison in September 2018.

Serves As An Activist And Advocate

The traumatic and horrifying incident that she went through led Elizabeth to advocate for change related to child abduction, recovery programs, and National legislation. She founded the Elizabeth Smart Foundation in 2011. The foundation helps promote the "Internet Crimes Against Children Task Force," which is organized for law enforcement agencies. It also aims to bring hope and end the exploitation and victimization of sexual assault through advocacy, prevention, and recovery.

In July 2011, Elizabeth was hired by ABC News to work as a commentator, mainly focusing on missing persons. She actively advocates for missing people and has also helped promote The Adam Walsh Child Protection & Safety Act, The National AMBER Alert, and other safety legislation to help prevent kidnapping. She has also shared her experiences in the New York Times best-selling book, My Story, published in October 2013. In March 2018, she released another book, Where There's Hope, where she has mentioned what it takes to overcome trauma, find the strength to move on, and reclaim one's life. Similarly, she has also worked to create a survivors guide named You're Not Alone: The Journey From Abduction to Empowerment with other abduction survivors.

Furthermore, Elizabeth has also launched a self-defense initiative called Smart Defence. She initiated it after she was assaulted on a flight to Utah in 2019. This program is designed by mixed martial arts and law enforcement experts. Going through her Instagram, we can see that she regularly uploads several pictures and videos about child security and protection.

Is A Married Woman

As stated earlier, Elizabeth is a married woman. Elizabeth Smart's husband is a Scotland native named Matthew Gilmour. In November 2009, Elizabeth left her hometown to serve as a missionary for the Church of Jesus Christ of Latter-day Saints in Paris, France. That's where she met her then-future husband. However, in November 2010, she temporarily returned from her mission to testify in the federal trial of her abductor, Brian David Mitchell. She then returned to France and finished her mission, and came home to Utah in early 2011. 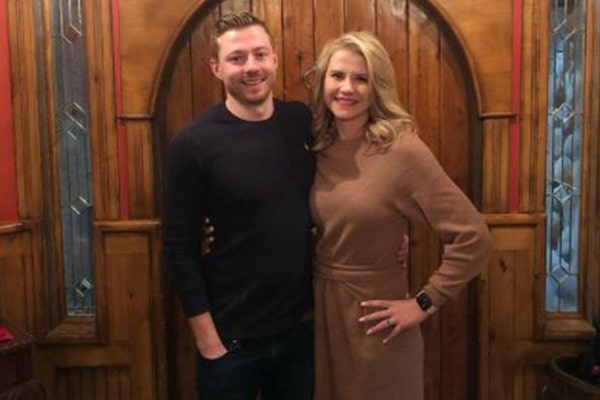 In January 2012, Matthew proposed to Elizabeth, and she accepted his proposal. One month later, in February 2012, the lovely pair of Matthew and Elizabeth exchanged the vows in a private ceremony in the Laie Hawaii Temple. As of 2021, it's been 9 years since they've tied the knot, and their marriage is still going strong. The lovely duo is now the proud parents of three children. Nevertheless, we can hope that their bond remains the same forever and they live a happy and comfortable life.

Is The Mother Of Three Children

As stated earlier, the adorable couple of Elizabeth and Matthew have been married for quite a long time now and are proud parents of three children.

Well, Elizabeth gave birth to her firstborn, a daughter named Chloé Rose Gilmour, in February 2015. Two years after the birth of Chloé, Elizabeth gave birth to their second child, a son named James Gilmour, in April 2017. In November 2018, the couple became parents for the third time by welcoming their youngest child, a daughter named Olivia Gilmour. 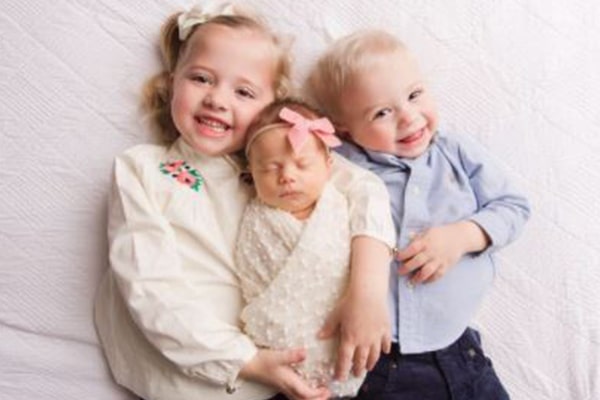 Elizabeth and her husband are raising their children with great love and care. The lovely family seem to be doing great for themselves and are living a comfortable life.

Despite the traumatizing incident that Elizabeth experienced in her life, she is one of the bold and strongest women. In 2011, she was one of the women to be awarded the Diane von Furstenberg Award. She is actively advocating for child safety through various means, and we can hope that she achieves success at her work.