Howard Gresham Hawkins, better known as Howie Hawkins, is an American trade unionist, environmentalist, and the co-founder of the Green Party of the US. Additionally, he has been a leading organizer of the peace, justice, labor, and independent working-class movements since 1967.

Hawkins has run for various positions in the government office on twenty-five occasions; however, he has not been able to win any. Despite his consecutive unsuccessful attempts, the environmentalist works tirelessly for the anti-war, anti-nuclear, and pro-worker movements.

This unwavering nature of Howie, along with the concrete resolute of his Green Party, has attracted many political enthusiasts and experts. As such, people everywhere are curious to get a glimpse into his personal life.

If you are one of them, stick with us till the end as we uncover Howie Hawkins' biography in front of you.

Howie was born Howard Gresham Hawkins III on 8th December 1952, in San Francisco, California. Following his birth, the Hawkins family moved to a nearby city, San Mateo, where he spent most of his childhood. He was raised by his father, Howard G. Hawkins Jr., and his mother, Gloria Hawkins.

Likewise, he grew up with two siblings: his elder sister, Susan A. Hawkins, and his younger brother, Lawrence A. Hawkins.

Thanks to the Bayshore Freeway, Howie was exposed to diverse communities during his upbringing in San Mateo. The Bayshore Freeway is part of the US 101 route, which had seen a large influx of migrants from the Southern United States at the time.

As a result, the young activist developed a southern-inflicted accent while growing up in the neighborhood.

Howie's father was a government attorney who previously served as a counter-intelligence unit for the US Army's Manhattan Project during World War II. Through his father's association, Hawkins became politically active at the tender age of 12.

Well, he first became interested in politics after witnessing the denial of recognition to the multiracial Mississippi Freedom Democratic Party at the Democratic Convention in 1964. Since then, Howie has formed strong ideas on the current democratic party system and has raised concerns about government policies and procedures.

Furthermore, Howie lost his mother, Gloria, at the age of 14. And after her death, he became more politically engaged and participated in various San Francisco Bay Area movements. 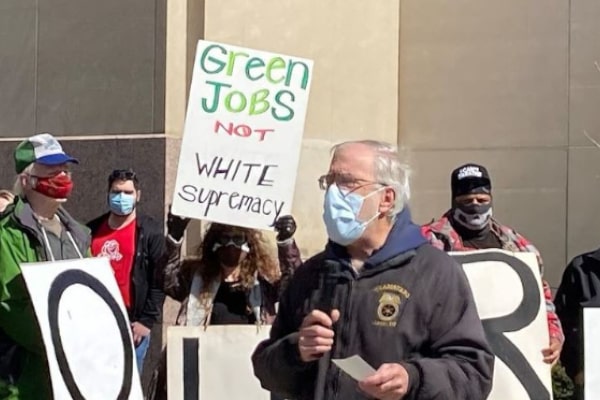 After completing high school, he attended Dartmouth College, located in the New Hemisphere. Nevertheless, Hawkins was not granted a degree as he did not meet the college's foreign language requirement.

Aforementioned, Howie became involved in politics in his youth. The young socialist started participating in various movements in his hometown at the age of 15. Moreover, while attending Dartmouth, he established the Dartmouth Radical Union to protest the college's investment in firms that supported the Vietnam War and racial segregation in South Africa.

Howie's political career and engagements were cut short when he was drafted into the Marine Corps at 20 years old. Despite his anti-war activism and ideals, the young socialist spent a total of six years working for the military.

Hawkins ended his military service in 1978 as he was not ordered back to active duty after completing boot camp.

After his return from military service, Howie moved to New York, joining the green movement in the 1980s. The green movement is a political belief that aims to foster an ecologically sustainable society while continuing development at the same pace. Later on, in 1988, he and Murray Bookchin founded the Left Green Network as an alternative to US Green liberals.

Additionally, in the early 2000s, a press conference was held in Washington DC featuring Charles Betz, Joni Whitmore, Hilda Mason, and Hawkins to declare the formation of the Greens/Green Party USA.

Since then, as a perennial candidate, Hawkins has run in multiple New York Senate and House races. Concurrently, he was also working for UPS (United Parcel Service) to raise funds for organizing co-ops.

Hawkins has participated in multiple elections and voting campaigns as a nominee for the Green Party throughout his tenure. Although he has not seen any significant success, the environmentalist has not given up.

Howie Howkins Net Worth And Earnings

Despite seeing many unsuccessful years, Howie has continually served as an environmentalist and activist for the Green Party of the US. As such, people can't help but wonder about all the fortunes they have accumulated over the years.

Howie Hawkins' net worth primarily consists of his earnings as a marine corps, UPS employer, and a politician. As previously stated, he served in the military for a brief period between 1972 and 1978.

As reported by ZipRecruiter, the average annual salary of the marine corps is around $57,000. Since Hawkins served in the 1970s, the payment might have been far less than the aforementioned amount. However, Howie's earnings might have been significant during his tenure. 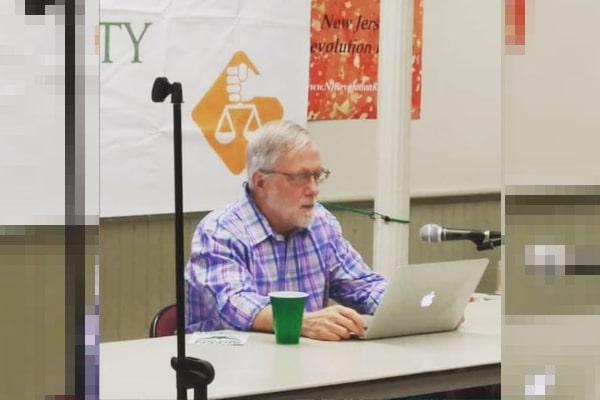 Howie Hawkins has been able to make a decent living thanks to his political career. Photo Source: Howie's Instagram.

Similarly, he also worked at UPS, where he used to unload trucks during the night shift. He must have generated a decent income from the sum he collected from the corporation.

Aforementioned, Howie has not seen much success in his political career. As a result, he has not been able to add significant assets through his career as a politician. Moreover, as he regularly organizes various campaigns and movements, he spends his earnings on funding those operations.

Nonetheless, Hawkins did publish two journals throughout his political career, Independent Politics: The Green Party Strategy Debate in 2006 and The Case For An Independent Left Party: From The Bottom Up in 2020. The journals got national acclaim and were appreciated by many political pundits. Thus, he must have collected a decent amount of money through the sales of his books.

Consequently, although Howie Hawkins' net worth is not fairly large, he makes a decent amount to enjoy a comfortable lifestyle.

For more than five decades, Hawkins has been striving to achieve full political and economic democracy. But, although he has been pretty open about his ideals and visions, Hawkins has not disclosed anything about his marriage or relationship status.

Well, although it is rumored that Hawkins dated time and again over the years, none of his partners have been revealed. Therefore, unlike his political proposals, the identity of Howie Hawkins' wife is a mystery. Moreover, he does not have any children. 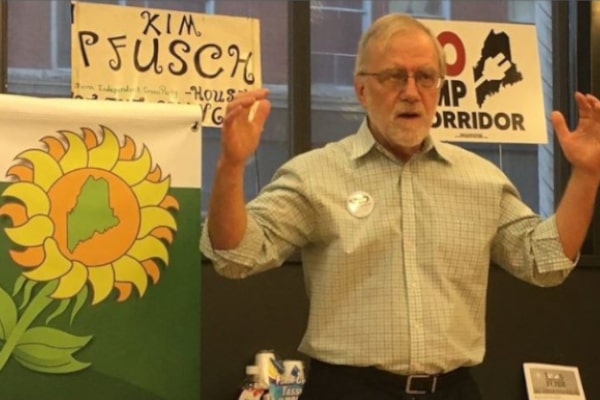 As Howie is constantly occupied organizing various campaigns, he seems to have no time to engage in romantic relationships. Photo Source: Howie's Instagram.

Howie has devoted most of his life to building a society of freedom, equality, and solidarity. As such, he is likely unmarried and single as of 2021. As Howie leads a hectic schedule where he is always involved in various movements and campaigns, he has little to no time to brew romantic relationships.

Nevertheless, we hope Howie Hawkins manages to find success in his political career.