Home Net Worth Brent Barry Net Worth - Income And Earning From His Career As A Basketballer And A Sportscaster.

Any basketball enthusiast might be familiar with the name "Bones." The basketballer, who goes by this name, is Brent Barry. Born Brent Robert Barry in Hempstead, New York, Barry previously played a shooting guard for different teams. After retiring, he began working as a sports commentator.

As a result of his career ventures, Barry must have earned considerably. That is why Brent Barry's net worth has been a topic of interest for many. Many must be curious how the former player amassed his fortune. So, stick with us till the end.

Brent Barry Net Worth And Earnings

Well, Brent Barry's fortune is estimated to be $20 million. He has successfully accumulated a multi-million dollar fortune to his name from his playing and executive role. Not only that, he must be earning quite reasonably from his job as a sports commentator and other ventures. Now, in the further paragraphs, we will be discussing in detail about the sportsman's earning sources.

Earnings As A Basketball Player

In the 1995 NBA draft, the Denver Nuggets selected Barry in the first round as its 15th overall pick. But, he was traded to the Los Angeles Clippers. He played in several positions, including shooting guard, point guard, and small forward. Moreover, in 1996, he won the Slam Dunk Contest on the NBA All-Star Weekend.

Brent played with the Clippers until 1998 and was then traded to the Miami Heat. He remained there for a year and played 17 games. The following year, the athlete began playing for the Seattle SuperSonics, where he competed until 2004. In addition, after leaving SuperSonics, Barry was signed by the San Antonio Spurs as a free agent.

In 2005, the New York native was inserted into the starting lineup. He won two NBA championship rings while playing for the Spurs. In 2008, he ended his career with the team with the most playoff experience (71 games). He then played for the Houston Rockets from 2008 to 2009 before retiring.

Now, take a look at Brent Barry's salary while he played for different teams.

Thus, looking at the table, Brent seems to have amassed considerably. He also signed contracts worth millions with different teams, which provided him with the wages mentioned above. Thus, during his playing days, Brent Barry's net worth must have increased significantly.

Another celebrity with immense earnings is Robert Rodriguez.

Following his retirement, the New York-born former player joined NBA TV as its announcer for the 2009-10 season. After that, he worked as a studio analyst for NBA Game Time alongside Andre Aldridge and Eric Snow. He also served on The Jump on NBA.com.

The retired basketballer also made regular appearances on NBA TV's The Starters, where he had his own segment: "The Bone Zone." After that, he began providing color analysis for TNT as a fill-in analyst during the playoffs and regular season in 2016.

For TNT's coverage of the NBA Playoffs in 2018, he partnered with Ian Eagle. Furthermore, the NBA star also worked as a play-by-play announcer for their Players Only broadcast the same year. His broadcasting experience also includes All-Star Saturday at the 2018 NBA All-Star weekend.

Talking about Brent Barry's salary as a broadcaster, the exact amount has not been revealed yet. However, a sports sportscaster, on average, earns $45K annually. Thus, as an experienced analyst, he must be earning considerably.

In addition, Brent was named vice president of basketball operations of the San Antonio Spurs in September 2018. The team was enthusiastic about bringing him into its management almost since his retirement in 2009. Monty Williams had left the team to become an assistant coach with the Philadelphia 76ers, and Barry replaced him.

Aside from that, the former NBA player is the co-founder of Innoflate LLC. It is a local technology startup that sells Perfect Pressure Needle that controls the inflation of sports balls. Likewise, he also co-founded Alamo Angels, a local startup investor group. Therefore, Brent's earnings from these must be notable. Furthermore, as per Glassdoor, a typical NBA Vice President makes $243,017 annually. Thus, he also must be earning around the range. Hence, Brent Barry's net worth of $20 million does seem reasonable.

Brent Barry was married to Erin Barry. The former couple were together since high school. The ex-duo dated for a long time before exchanging vows in 1998. Everything was going smooth, and the then-pair went on to welcome two sons, Quinn Barry and Cade Barry.

However, in October 2010, the former basketball player filed a petition for divorce using only his initials "B.R.B" He cited the reason behind it as discord or conflict of personalities. As per the document, the estranged couple entered into a written agreement over child support and custody. In addition, they also had a prenuptial agreement that went into effect the day they were married. 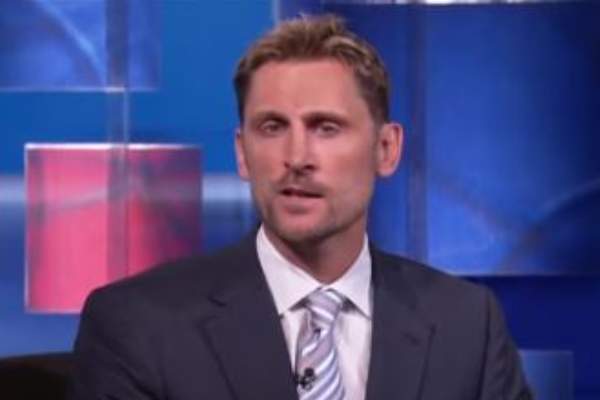 The former Barry pair got their divorce finalized in January 2011. As per the agreement, he paid $4,000 every month in child support until 2013, after which she was supposed to graduate from law school and provide for herself. Although the divorce settlement might have made a dent in Brent Barry's fortune, it must have been covered by his further earnings.

As stated earlier, Barry's net worth is a whopping $20 million. With the multi-million fortune, there's no doubt that he enjoys a comfortable lifestyle. He owns houses in San Antonio, Texas, and Hermosa Beach, California.

In September 2021, the Spurs Vice President sold his three-bedroom and 4,467-square-foot home in Terrell Hills for $2.3 million. He listed the property for sale in August 2021. In addition, Brent might have a good collection of branded cars.

All thanks to his multi-million wealth, Brent seems to be living contently. We wish him further luck in his upcoming career ventures.