Home Net Worth Robert Rodriguez Net Worth - Income From His Career In The Entertainment Industry.

In addition, Robert has also amassed a massive fortune to his name. So, in today's article, let's get to know Robert Rodriguez's net worth, including his earnings from his multiple ventures and other income sources.

Robert Rodriguez was born to Rebecca Rodriguez, formerly Rebecca Villegas, and Cecilio G. Rodriguez. He doesn't come from a film background, as his mother was a nurse, while his father worked as a salesman. So, the producer's journey to stardom is all by his hard work and efforts. And now, it has resulted in him becoming one of the most successful filmmakers in the industry. 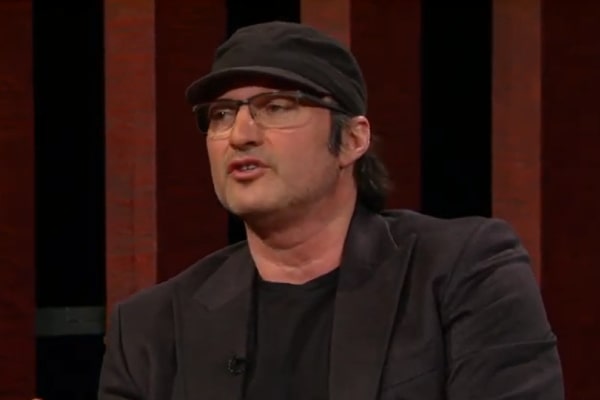 Having come from humble background, Robert Rodriguez's success in the industry is quite inspiring. Photo Source: Social Media.

As per Celebrity Net Worth, Robert Rodriguez's net worth is $60 million. Woah! Thus, let's further dig into his story and earning ventures.

Earnings As A Producer And Director

The talented producer became absorbed in filmmaking when he was eleven years old. While attending St. Anthony High School, he was commissioned to videotape the school's football games. However, he was fired soon. Rather than just videotaping the game, Robert blended his artistic approach. He captured the ball traveling through the air and reaction of attending parents, and close-ups of players.

Afterward, the director enrolled at the University of Texas at Austin. During his years at the college, he developed an interest in cartooning and began a daily comic strip called Los Hooligans. Shortly after, he made a comedy short film Bedhead which was successful enough to encourage him to devote himself to a filmmaking career. Eventually, he left university and went to Mexico to film El Mariachi.

The movie was shot with a budget of around $7,000, which Rodriguez earned after participating in experimental drug trials or medical testing studies. In 1992, Columbia Pictures purchased the rights to the screenplay and its distribution. The director-producer was also offered a two-year writing contract with the studio, which he inked.

Columbia Pictures spent $200,000 in post-production to transfer the movie into a more professional one. Later, they made a hefty return as the film grossed $2,040,920 at the box office. Robert also won an award at the 1993 Sundance Film Festival. Eventually, the Texas native created several hit movies and TV series. Some of his projects are listed in the table below, along with their box office collection.

As you can see, the media personality's movies have grossed millions in box office collections. As the filmmaker, Robert must have certainly earned significantly. Hence, Robert Rodriguez's net worth being $60 million is no surprise.

With his additional works, the El Mariachi director must have earned a lot of extra money too. Nonetheless, looking at the multiple endeavors of the talented personality, his fortune is completely deserving.

You might also want to look at some of the richest MLB coaches and their net worth.

As already mentioned, Robert Rodriguez's net worth is $60 million. Hence, there is no doubt that the multimillionaire lives a lavish lifestyle along with his family. Although the exact information about his assets and properties has not been disclosed yet, it is safe for us to say that he might own several real estate properties and luxurious cars.

As per Austin.com, there is a house located at 1415 Wooldridge Drive in Pemberton Heights that is rumored to be owned by the filmmaker. Also, back in the late 1990s,  Robert was looking for land to build a small studio for his company. Could he have found his desired property?

Well, let's hope Robert will achieve more success and continues to garner even more fortune in the coming days.