Home Featured Articles 5 Richest Female Golfers With Their Net Worth And Earnings.

Here, we will go through the five richest female golfers with their massive net worth and earnings. Photo Source: Annika Sorenstam's Instagram.

Golf is undoubtedly one of the most beloved sports in the world. Its modern origin traces back to the 15th century, after which it slowly gained public attention. Moreover, golf quickly became a favorite pastime of people all around the globe.

While men golfers like Tiger Woods, Phil Mickelson, and others have become household names, female golfers have also proven their worth. They are not far in terms of skills, knowledge, and expertise than men athletes. So, female athletes should also receive equal recognition and respect as men.

But what about female golfers' income; do they also get paid as high as male golfers? Of course, many might also wonder about their prize money and endorsements. So, let's break down the top five richest female golfers with their earnings and net worth in this article.

We start off our list with American golfer Paula Creamer, who competes on LPGA Tour. She developed an interest in golf at ten and quickly excelled in it. At thirteen, she had won multiple junior national tournaments and became the top-ranked female junior golfer in California.

The sportswoman began her professional career in 2004 and quickly climbed the ranks. She has since won ten LPGA Tour tournaments and two Japan Tour tournaments. In addition, she is the winner of the 2010 U.S. Women's Open.

Alongside titles, Creamer has obtained considerable prize money from golf tournaments. For instance, she earned $1,151,864 in the 2009 LPGA Season. Furthermore, Paula's career earnings amount to $12,134,840 as of January 2022. The athlete is endorsed by TaylorMade Golf, Adidas Golf, Sundog Eyewear, Amply, Rolex, etc. Her sponsors also bring her millions of dollars annually. Forbes estimated her endorsement earnings to $4.5 million in 2013, and now it must have risen even more.

Hence, Paula Creamer's net worth amounts to $8 million. She ranks among the highest-earning female golfers in LPGA.

Stacy Lewis is a well-renowned figure among professional women golfers. She has won many tournaments and ranked world number one on several occasions.

The Canadian golfer competed with the U.S. team during her amateur years. Her excellent skills led her to make her professional debut in 2008. Moreover, Lewis has got fourteen professional wins, including two major championships in her career. 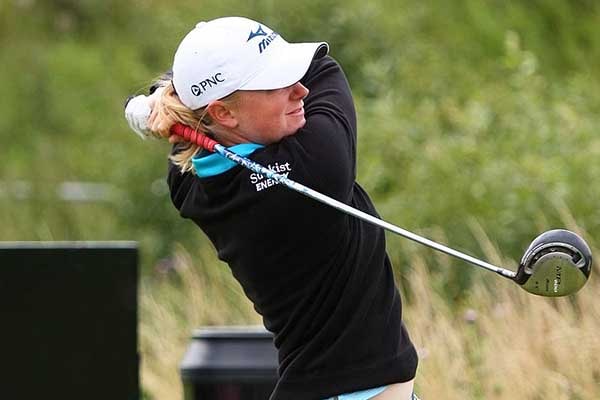 Stacy Lewis has made a fortune from her golf career. Photo Source: Wikimedia Commons.

Aside from that, Lewis has endorsement deals with KPMG, Omega, Fila Golf, etc. She must also make a notable amount from promoting them.

Thus, Stacy Lewis' net worth stands at $10 million. It will likely increase more in the future.

Lorena Ochoa is one of the most decorated female golfers of all time. She proved to be a child prodigy who won a state championship at six. In addition, she ranked first in the World Junior Golf Championship at eight.

The Mexican golfer continued her momentum after turning pro in 2002. She has recorded fifty professional wins, including US Women's Open and Women's British Open. In addition, she is a four-time LPGA Tour Player of the Year and won four LPGA Vare Trophies. 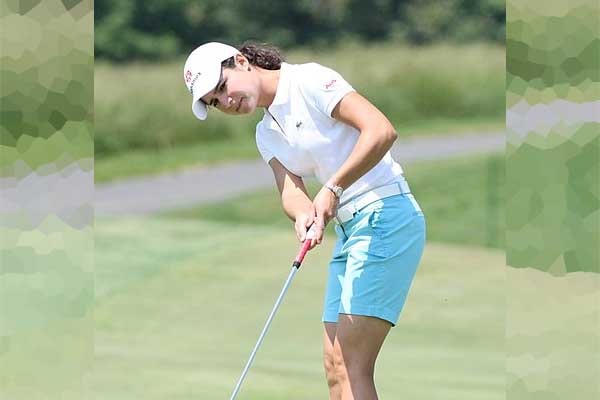 Hence, Lorena Ochoa's net worth amounts to $15 million. She might have earned more had she continued playing golf.

Another legendary figure in LPGA is Australian golfer Karrie Webb. She holds the record of most wins by any active player, with forty-one victories in the league. She is also the first Aussie female golfer to be inducted into the World Golf Hall of Fame.

The sportsperson won four golf tournaments and the LPGA Rookie of the Year honor in 1996. Since then, she has recorded forty-one LPGA Tour wins, thirteen ALPG Tour, fifteen Ladies European Tour, etc. In addition, she has earned three LPGA Vare Trophies and an LPGA Achievement Award.

Likewise, Webb's income has also largely benefitted from her sports career. She became the first LPGA player to win $1 million in her first season. Some of her prize money in different LPGA seasons are listed below:

Hence, Karrie's career earnings amount to $20,270,249 as of January 2022. She also earns a substantial sum from her endorsement deals with Mizuno Golf, Nippon Shaft, SParms, etc.

Thus, Karrie Webb's net worth stands at $15 million from her golf career. She is undoubtedly the highest-paid female golfer in LPGA.

Finally, the number one wealthiest female golfer on our list is Annika Sorenstam. Her fantastic golf skills and career achievements have made her one of the most influential players in LPGA.

The Swedish golfer has recorded ninety professional wins, making her the LPGA athlete with the most wins. She received eight LPGA Player of the Year honors and six LPGA Vare Trophies. Furthermore, she is the eight-time LPGA Tour Money winner.

The retired golfer's income crossed the $1 million mark in 1996. Her earnings further increased and passed the $2 million mark by 2001. Moreover, Annika's career earnings amount to $22,577,025, the highest among LPGA players.

Aside from that, the sportswoman is endorsed by deWiz Golf, Revo, Callaway Golf, Lexus, etc. She earned $4.65 million from her endorsements deals in 2004, and now nearly a decade later, she must make more than that. Hence, Annika Sorenstam's net worth is a whopping $40 million. Since her retirement in 2008, she made her return in the 2021 U.S. Senior Women's Open. With her return to competing, her fortune is bound to increase more in the future.

Aside from the above-mentioned female golfers, Cristie Kerr, Inbee Park, Suzann Pettersen, Anna Nordqvist, and others have earned a massive fortune from their professional golf careers.