Anna Nordqvist is one of the top players in LPGA. She has been competing in the league since turning pro in 2008. Moreover, the athlete has also been a regular competitor in Ladies European Tour. She currently ranks No 16 in Women's World Golf Rankings.

The golfer has also played for her country in Olympics. She recently participated in the 2020 Tokyo Olympics and finished in 23rd position. Furthermore, the sportsperson has won many championships in her career. Her most recent victory was winning the 2021 Women's British Open.

So, let's dive into more career and personal details of the golf star in this biography.

Anna Nordqvist Is A Sweden Native

The pro golfer was born Anna Maria Nordqvist on June 10, 1987, in Eskilstuna, Sweden. She is the middle child of her parents. Moreover, Nordqvist's father, Urban Nordqvist, served as a police officer in their hometown. He is also an avid golf fan.

Likewise, Anna Nordqvist's mother, Maria Nordqvist, worked as a pharmacist. Nevertheless, the latter never misses out on any of her daughter's games. 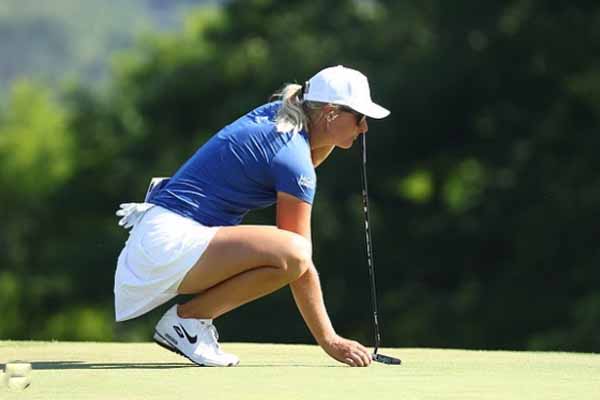 Anna also has two brothers named Mikael Nordqvist and Mattias Nordqvist. The latter also briefly worked as her caddy in 2015.

The athlete played golf for the first time at ten. However, she didn't like it and instead began taking swimming lessons. However, the young girl was destined to become a golfer as her family encouraged her to join the golf club three years later. It marked the beginning of her golf journey.

The teen attended Rinmangymnasiet School, where she honed her golf skills. As a result, she was named Swedish Junior Player of the year twice in 2004 and 2005. In addition, she became Swedish Amateur of the Year and Girls Amateur Champion in 2005.

After graduating in 2006, the player enrolled at Arizona State University. She began competing in collegiate and amateur championships. Furthermore, the university student received Pac-10 co-champion, player of the year, newcomer of the year, etc., honors on her freshman year. 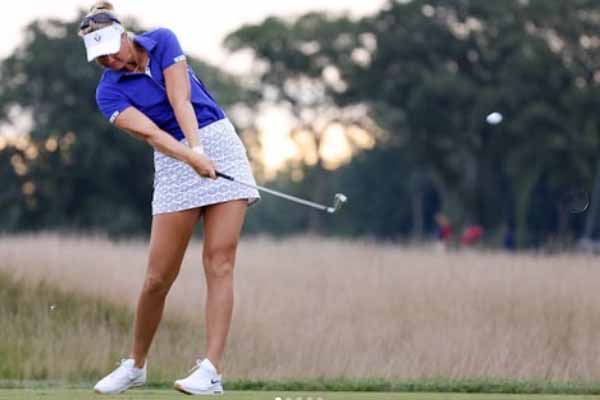 Nordqvist also joined the Swedish team to participate in many international championships. She helped the team to win Espirito Santo Trophy and the 2008 European Ladies' Team Championship.

Afterward, Anna participated in LPGA Final Qualifying Tournament in December 2008. Eventually, she turned pro following the final round and quit her studies.

The Swedish player golfer began competing in LPGA Tour soon after becoming professional. However, she only got her first professional win in her fifth start in June 2009. Moreover, Anna then followed it up by winning the 2009 LPGA Tour Championship in December. She also played for the Solheim Cup the same year.

The sportswoman nearly won her second title at the 2016 U.S. Open. But, she lost it to Brittany Lang due to rules violations. Nonetheless, she got her next championship win at the 2017 Evian Championship.

Apart from LPGA, Anna has participated in seven Solheim Cup matches and won six of them. She has also represented Sweden in the International Crown tournament and Olympics. However, she hasn't won any medals in both competitions.

Anna Nordqvist Net Worth And Earnings

The golf extraordinaire has been part of the LPGA for more than a decade. Her career has seen both ups and downs over the years. Nonetheless, Anna has been able to break through any obstacles on her journey.

Anna's salary has also increased throughout the years of her career. With her new title victory, her income has passed the $10 million range. So, Nordqvist's career earnings amount to $10,817,156 at present.

The champion also enjoys multiple endorsement contracts and sponsorships. It must be worth millions of dollars.

Hence, Anna Nordqvist's net worth must be enormous from her golf career. Another golfer aspiring to be LPGA champ is Tania Tare.

The golf player's skills have made her inspiration for many young golfers. So naturally, she has a huge fandom. Moreover, adding her beautiful physical features with her media influence and many luxury brands are eager to endorse her.

Anna is currently sponsored by Rolex, MGM Resorts, Makers Sports, Silverleaf Club, etc. She became the international ambassador of Golf Saudi in 2020. In addition, the athlete's golf bag is custom-made by Swag Golf. 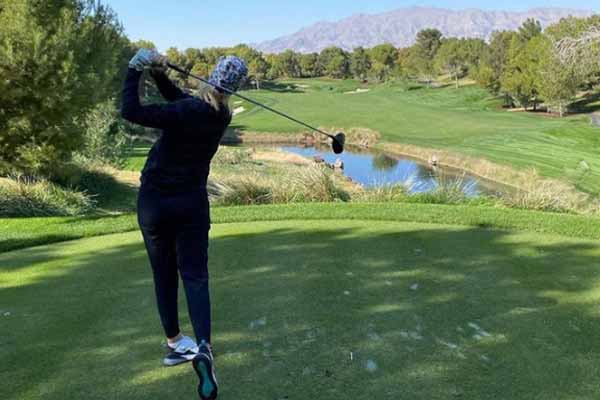 Who Is Anna Nordqvist's Husband?

The blond beauty has been very open about her relationships from the beginning with the media. So, many must be familiar with her husband, Kevin McAlpine. Moreover, the latter briefly played golf before and is the son of retired soccer player Hamish McAlpine.

We don't know exactly when the pair started dating. But both parties were together for nearly a decade before their engagement on December 13, 2018. Moreover, Anna's then-boyfriend, Kevin, made a surprise proposal during a skiing trip in Colorado. The former then shared the news on her Instagram account.

The duo was supposed to marry on July 11, 2020. But, the COVID-19 pandemic caused the event to be put off. Nonetheless, the lovebirds finally wedded privately in Silverleaf Country Club in March 2021. 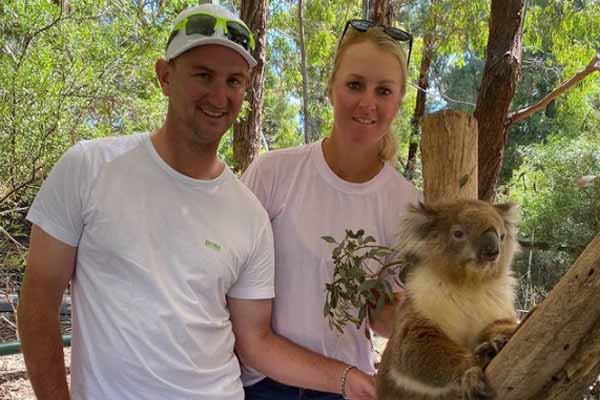 Anna Nordqvist's husband, Kevin McAlpine, is currently caddying for Scottish pro golfer Martin Laird. He had previously been a caddie for Lexi Thompson and Amy Yang.

Despite having hectic schedules, the couple always makes time for each other. Both are often found cozying up at home during their free time.

Anna Nordqvist is currently training hard for her upcoming golf matches. She has three more tournaments lined up for the 2021 season. Hopefully, we will see her winning those titles in the future.