Jon Rahm is a professional golfer from Spain. He is well known for being the No.1 golfer in the World Amateur Golf Ranking for straight 60 weeks and setting a world record. Jon is one of the most successful golfers and has collected quite a bit of fortune.

The Spanish golfer accomplished quite a success within a short time of turning pro. With a successful professional and amateur career, Jon is widely known as one of the best golfers of his time. Now, let us learn more about Jon Rahm's biography and his personal and professional life.

Jon Rahm was born Jon Rahm Rodriguez on November 10, 1994, to his father, Edorta Rahm, and his mother, Angela Rodriguez. He grew up in Barrika, Spain, with his brother, Eric Rahm. 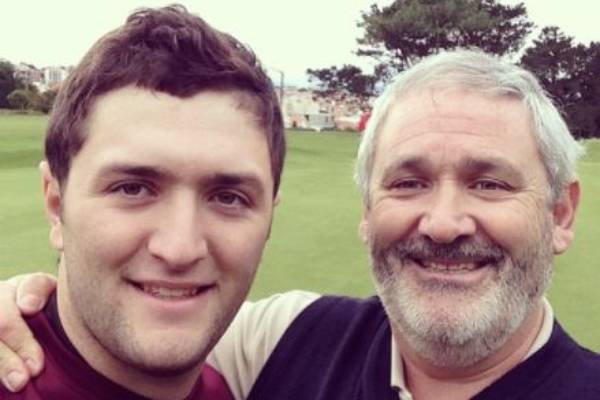 Jon moved to the United States to attend Arizona State University, where he earned a Bachelor of Arts degree in Communications. He had an interest in golf since his childhood and was motivated by his father to play the sport. During the university days, he started playing golf and won many tournaments.

The famous Spanish golfer has won many tournaments during his career. No one can doubt that he is one of the best golfers of his time. So let's go through his amateur and professional career.

Jon, who was interested in golf since his childhood, began his amateur career by playing college golf for the Arizona State Sun Devils. During his college days, he won 11 college tournaments. He became the second player to have 11 collegiate wins after Phil Mickelson, who has 16 collegiate wins. He is the first player to become the Ben Hogan Awards' two-time recipient in 2015 and 2016. During his junior year, he finished fifth in the 2015 Phoenix Open. 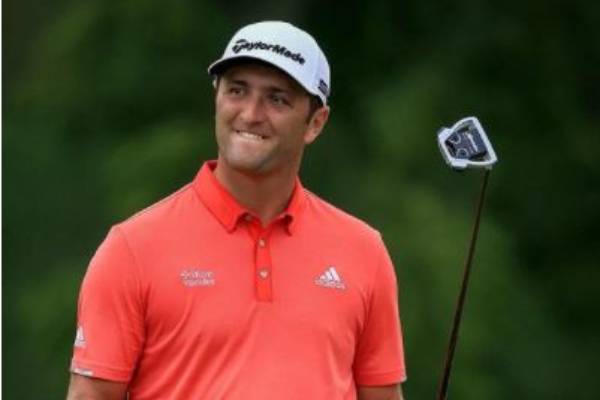 On April 1, 2015, he was ranked the No.1 golfer in the World Amateur Golf Ranking and made a record by spending 60 weeks straight at the top. Rahm was qualified for the 2015 U.S. Open Championship after winning the Mark H. McCormack Medal. He won the Pac-12 Conference championship and an NCAA regional championship before finishing third in the national championship and closed his collegiate career. He concluded his final tournament as an amateur by finishing in a tie for 23rd place at 7-over-par and became the low amateur at the 2016 U.S. Open.

Jon made his professional debut at the Quicken Loans National by finishing in third place. This helped him gain entry into the U.S. Open. He also finished as runner-up in the RBC Canadian Open, which led him to earn a PGA Tour Card for 2017 as a non-member. In the Official World Golf Ranking, he topped from 137th to 46th position after winning the Farmers Insurance Open in late January 2017. This also helped him gain entry to the major championships such as the Masters Tournament, the PGA Championship, World Golf Championship, and the Players Championship.

Jon played in his first World Golf Championships event at the 2017 WGC-Mexico Championship, where he finished two strokes short of the winner Dustin Johnson. He became runner-up to Johnson in his second WGC event, the WGC-Dell Technologies Match Play. Jon secured a new career-high world ranking of 14th. He entered the top-10 of the World Rankings after finishing in 27th place in his first masters, 4th place in the Wells Fargo Championship, and joint runner-up in the Dean & DeLuca Invitational.

The skillful golfer made his debut in a European Tour event at the Open de France and finished in 10th. He earned his first European Tour victory at the Dubai Duty-Free Irish Open by six strokes. He also received the European Tour Rookie of the Year Award. Besides this, he has also won several other tournaments and championships.

Jon made a great start to the 2018 season by finishing runner-up in the Sentry Tournament of Champions. He then went on to win the Career Builder Challenge, Open de Espana on the European tour in April, the 2018 Ryder Cup, and the limited-field Hero World Challenge tournament that season. Rahm continued to collect his victories in the 2019 season. He also won the Zurich Classic of New Orleans on the PGA Tour with Ryan Palmer, the Dubai Duty-Free Irish Open.

At the 2019 U.S. Open, which happened at Pebble Beach Golf Links, Rahm finished 3rd. He also won his second consecutive Open de España at Club de Campo. He ended the 2019 season by winning the season-long Race to Dubai title on the European Tour by claiming a victory at the DP  world Tour Championship and the European Tour Golfer of the Year award.

Jon made it to the No.1 in the Official World Golf Rankings by winning the Memorial Tournament on July 19, 2020. After Seve Ballesteros, he was the second golfer from Spain to be number one in the world. He remained in the top position for two weeks until he was overtaken by Justin Thomas, who won the 2020 WGC-FedEx St. Jude Invitational. Rahm won the BMW Championship at the North Course at Olympia Fields Country Club on August 30, 2020.

During a practice round for the Masters at the Augusta National Golf Club in 2020, Rahm made a magical skipping ace by a shot that bounced four times before it reached the green and rolled the length of the green, to the back left hole location and dropped into the cup for an ace. This was his second ace that week and before that, he dropped in an ace on No.14 from about 225 yards out with Rickie Fowler.

Furthermore, he was once charged a two-stroke penalty after he chipped in on the 16th hole of the 2020 Memorial Tournament presented by Nationwide. In August 2020, he was given a one-shot penalty after he forgot to mark his ball on the green and picked it up.

Jon Rahm Net Worth and Earnings

According to Celebrity Net Worth, Jon Rahm's net worth is estimated to be $13 million. His net worth comprises earnings from tournaments and endorsements. Here is the table showing his earnings from PGA Tour and European Tour in different seasons.

Jon has made quite a considerable income from his profession as a golfer. Additionally, he is sponsored by companies like AdidasGolf, Isa Rolex, Mercedes-Benz, Silverleaf Club, Blue Yonder, and TravisMathew. Jon, who was a golf brand ambassador of Mercedes Benz, has a huge collection of Mercedes cars.

Jon has amassed a massive fortune through his profession as a golfer as well as brand endorsements. He is still very dedicated to his career. So, we can be sure that he'll earn more and achieve more success in the coming days and see a huge rise in Jon Rahm's net worth.

It was announced that Jon had signed a multi-year agreement with Callaway Golf Company on January 4, 2021.

While at the Arizona State University, Jon met with his future wife, Kelley Cahill, an athlete. The duo started dating in December 2015 and got engaged in 2018. In December 2019, the pair got married in Rahm's hometown, Bilbao. 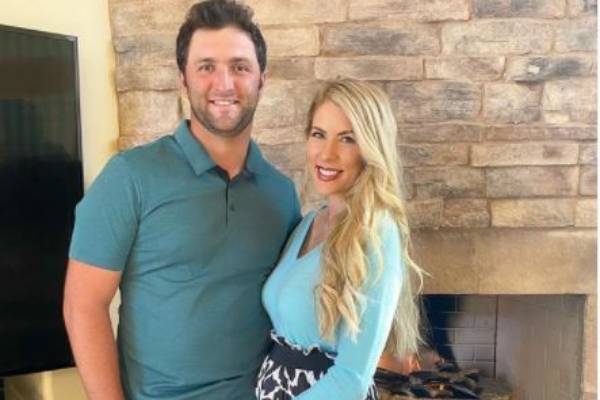 Jon Rahm is married to his college-sweetheart, Kelley Cahill and they are now expecting a baby. Image Source: Jon Rahm Instagram.

In November 2020, it was revealed that Jon Rahm's wife, Kelley Cahill was pregnant with the couple's first child. The golfer himself shared the joyful news on his Instagram, and fans flocked to congratulate the pair. The couple is waiting eagerly for their little one to arrive.

And when the baby arrives, let's hope Rahm and his spouse share the happy news and also introduce him/her to his fans.