Dustin Johnson ranked as the best golfer in the world, is an American professional golfer. Currently, he is playing on the PGA Tour and is nicknamed "DJ." Dustin is one of the longest drivers on the PGA tour by getting ranked inside the top 5 for each of his first five years on tour.

The American golfer has won many prestigious titles and championships throughout his career. Dustin is one of the most successful golfers of his time. He has been successful in his career till now, and there is no doubt that he will be achieving more success in the coming days. Now, let us learn more about Dustin Johnson's biography and his personal life.

Dustin Johnson was born Dustin Hunter Johnson on June 22, 1984. He was born to his father, Scott Johnson, and his mother, Kandee Johnson. Dustin grew up with his brother, Austin Johnson, and sister Laurie Johnson, in Columbia, South Carolina.  According to Sportscasting, Johnson's parents were divorced in the late '90s and haven't had a good relationship since. After divorce, Austin lived with their mother while Dustin and sister Laurie chose to stay with their father. They used to share their time between their mother's and father's homes.

Dustin Johnson's brother, Austin Johnson, has been his caddie since 2013. Austin joined his brother after the talented golfer's previous caddie, Bobby Brown, could not travel to Australia due to his child's birth. With Brown, Dustin shared four victories: two AR&R national PRO-AM titles and the 2010 BMW Championship. 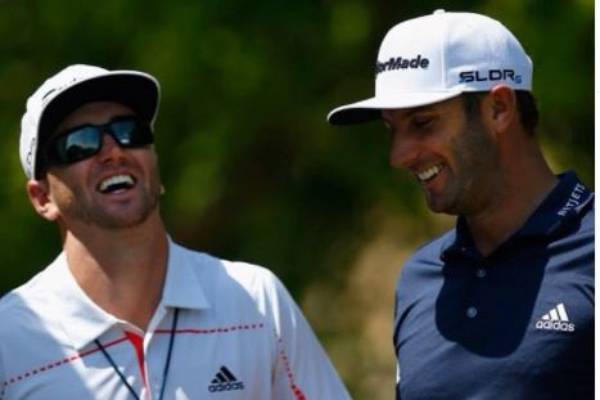 Since Austin joined as his caddie, the duo has won 17 tournaments together, including DJ's first major at the 2016 US Open and his second at the 2020 Masters.

Dustin started playing golf during his university days. He did pretty well during his amateur career as he won several titles and championships, such as the Monroe Invitational and the Northeast Amateur in 2007. Additionally, he played on the winning 2007 Walker Cup and Plamer Cup.

Dustin started his professional career in late 2007 by debuting at the 2007 Valero Texas Open. After turning pro, he earned his PGA Tour card at the 2007 qualifying school in December by finishing in 14th place. Johnson won his first-ever PGA Tour event, the Turning Stone Resort Championship, in October 2008. He claimed another PGA event title, the AT&T Pebble Beach National Pro-Am, after four months and finished the season by ranking 15th on the PGA Tour money list.

At the beginning of the 2010 season, Johnson successfully defended his AT&T Pebble Beach National Pro-Am title by defeating the former world number one David Duval and two-time PGA Tour winner J.B. Holmes. He won his fourth career PGA Tour victory and first in any FedEx Cup playoff event. He finished the season by ranking 4th on the PGA Tour money list. 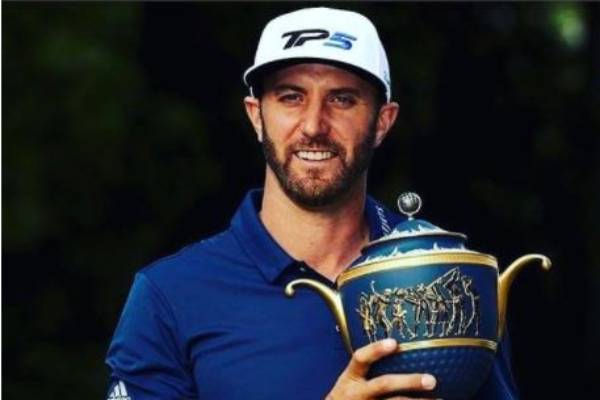 Dustin participated in the 2011 Open Championship in England and finished in a tie for second place. This was his best-ever achievement at the major championship and helped him make it to the world ranking seventh. At the 2011 Barclays, Dustin won his fifth PGA Tour title by beating Matt Kuchar. As a result, he made it to the career-high of 4th in the world rankings and the second-highest American. Justin suffered a back injury and had to miss over two months of the 2012 season. However, during the 2012 season, he did win his sixth Tour event at TPC Southwind.

Johnson made a great start to the 2013 season by winning at the season-opening Hyundai Tournament of Champions. He defeated the champion Steve Stricker and won his career's seventh PGA Tour win and his third in a 54-hole event. Justin slowed down the 2014 season as he announced he was taking a golf break to seek help for "personal challenges."

Dustin made a comeback in golf at the Farmers Insurance Open in February 2015. However, that season did not prove to be lucky for him. Johnson was led back inside the top-15 in the World Ranking as he could not win any tours. Finally, he made it to the 7th in the world ranking after winning the WGC-Cadillac Championship.

Johnson did pretty well at the beginning of the 2016 season. He recorded six top-10 finishes in his first ten events and finished the season by reaching the top three in the world rankings. The 2017 season brought him luck as he started the season with two top-10 finishes in his first four events. After winning the Genesis Open in February, he was moved to number one in the Official World Golf Ranking. He was one of the only three golfers in PGA Tour history to win a title in each of their first ten seasons, along with Tiger Woods and Jack Nicklaus.

Johnson had to withdraw from the 2017 Masters Tournament after he fell down a staircase in the Augusta home, which he was renting, and suffered a back injury. The 2018 season brought luck for him as he won the Sentry Tournament of Champions, the FedEx St.Jude Classic, and the RBC Canadian Open.

In the 2019 season, Dustin won the inaugural Saudi International and the WGC-Mexico Championship, his sixth World Golf Championship. He won his 20th career PGA Tour. He also finished second in the Masters Tournament and PGA Championship. In 2020, the talented golfer won the Northern Trust, the 2020 FedEx Cup Playoffs, the Masters Tournaments, and the Tour Championship at East Lake Golf Club, which helped him gain the top spot on the world rankings again. Johnson claimed his 9th victory on the European Tour by winning the Saudi International for the second time on February 7, 2021.

Dustin got engaged to his long-term girlfriend, Paulina Gretzky, the daughter of hockey legend Wayne Gretzky. On August 18, 2013, Dustin posted a picture of a ring on Paulina's finger, captioning, "She said yes!!!!!".

Dustin Johnson's to-be wife, Paulina Gretzky, whom he met in 2009 and got engaged in August 2013, after seven months of dating each other, is a model. They have not gotten married yet but are proud parents of two. They welcomed their first son, Tatum Gretzky Johnson, on 19th January 2015, and their second son, River Jones Johnson, on June 12, 2017.

Dustin and his wife's relationship is going pretty well for now, as both can be seen sharing each other's photos on social media. They are living a comfortable and luxurious lifestyle.

According to Celebrity Net Worth, the renowned golfer Dustin Johnson's net worth is estimated to be $50 million. His net worth comprises income from golf, prize money, real estate, and endorsements. He has won more than $70 million as tournament prize money. Here is the table showing the prize money earned by Dustin by winning different championships.

According to Forbes, Dustin, who has an annual income of $27.6 million, earns $11 million from endorsements alone. He has endorsed brands including Adidas since 2007. His other marketing brand is RBC, TaylorMade, etc.

With a net worth of $50 million to his name, Johnson has invested in real estate. In 2015, he purchased $4.95 million worth of residence in Palm Beach Gardens, Florida. The property with the 8000 square foot area features a dock leading to a small but very private island. In 2016, he sold a waterfront property featuring a swimming pool, spa, and wine cellar. Located in North Palm Beach, he sold the estate of 4500 square feet area for $3.825.

In 2017, he purchased a $2.9 million property in the Harbour Isle area of North Palm Beach, Florida. The property includes 90 feet of waterfront, a private dock, and an elevator. Dustin resides with his wife and two children on the property of Palm Beach Gardens, Florida.