Javier Ballesteros is set to follow his father's footsteps and continue carrying the family's name inside the course. Image Source: Javier's Instagram.

Javier Ballesteros is a professional Spanish golf player. He is the eldest son of late World No.1 golfer Severiano Ballesteros Sota, aka Seve Ballesteros. The Spanish legend had won two Master's Tournament and three The Open Championships, and his son, Javier, is also on the path to gain similar success.

Javier is following in his father's footsteps as a professional and continues to carry the family's name inside the golf course. He made his professional debut in the same golf course where his father Seve had made his debut in 1974. Let us know more about Javier Ballesteros's biography and career.

On August 20, 1990, Javier Ballesteros was born in his father's hometown in Pedreña, Spain. His parents were late Seve Ballesteros and Carmen Botín O'Shea, whose father was the Executive Chairman of Spanish's Grupo Santander, Emilio Botin. The Spaniard was raised alongside his brother Miguel Ballesteros born in 1993, and his sister Carmen Ballesteros, born in 1995.

After their parent's divorce, Javier and his siblings lived with their mother but continued to visit their father. Javier studied to become a lawyer but stalled his studies to follow in his father's footsteps.

Javier's father, Severiano Ballesteros Sota, notably known as Seve Ballesteros, was the World's No.1 golfer and one of the sport's leading figures. He was a very gifted sportsman and won ninety international tournaments throughout his career alongside five major championships. Ballesteros won his last game at the 1995 Peugeot Spanish Open. The Spaniard golfer was regarded as the best European golfer of all time. During his prime years of his career, he also accumulated a lot of wealth.

After the divorce from his wife, Seve dated a woman named Fatima Galarza, who later sadly passed away in a car crash in 2007. On October 6, 2008, Ballesteros was admitted to the hospital after losing consciousness at the Madrid-Barajas Airport. It was later confirmed that the golfer had been diagnosed with a brain tumor. He underwent a 6 hr 30 mins surgery to remove the tumor, which went successfully. Sadly he passed away after his neurological condition deteriorated at 2:10 AM on May 7, 2011.

According to various sources, Seve Ballesteros's net worth is estimated to be $4million. On his will, he left 90 percent of his riches to his three offsprings. The 10 percent went to the Severiano Ballesteros Foundation, which promotes young upcoming golf players and researches the type of cancer he suffered from.

After the death of his father, Javier announced he wanted to become a professional golfer. The golfer learned everything from his late father, who passed away at 54 due to brain cancer. Many people know Javier as the teenager who caddied for his father's final appearance in The Open, held at Royal Liverpool in 2006. The Spaniard won his first Madrid Open amateur title in 2012, which he dedicated to his father. He went on to win the tournament with a win over Manuel Ruiz. And being a part of it, Javier Ballesteros's net worth must have also benefitted from it. 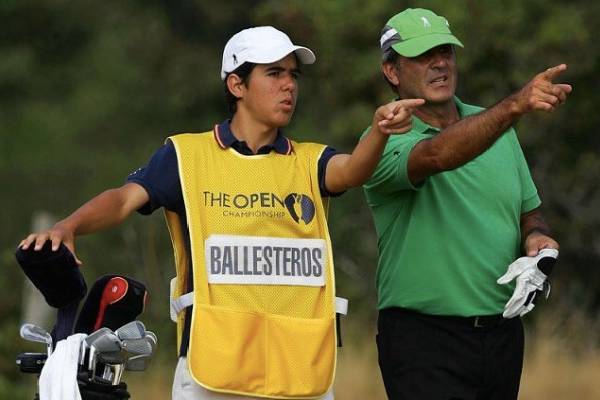 Javier Ballesteros caddied for his father on his final tournament. Image Source:Javier's Instagram.

The Spaniard's playing style was considered to be very similar to that of his father. Some even saw late Seve when they first glanced at the amateur walking towards the ball and found his voice identical to his father's. The golf player made his professional debut on the Costa del Sol at La Cala Resort, but his attempt to make it into the Alps Tour was unsuccessful after he could not get past the initial phase of the qualifying school.

Following his loss, Javier believes he needs to make significant changes to make things work for him. He aims to develop his gameplay and reach higher ranks in the sports rankings. The sportsman is currently training for his future games and hopes to win titles like his father. The Spaniard was born in a wealthy family and also inherited some of his father's riches. However, Javier Ballesteros's net worth and income have not been shared with the public yet. Though with knowledge in both sports and law, his wealth is sure to increase very soon.

Javier Ballesteros's partner is known to be Carmen Hermosin. However, the couple has not shared any details regarding their relationship or their children. Like many couples, the pair have decided to keep their precious moments a secret. However, Javier Ballestero can't seem to hold back from showing his affection towards his partner. The Spaniard has posted his vacation pictures with his other half in front of the Eiffel tower in Paris. 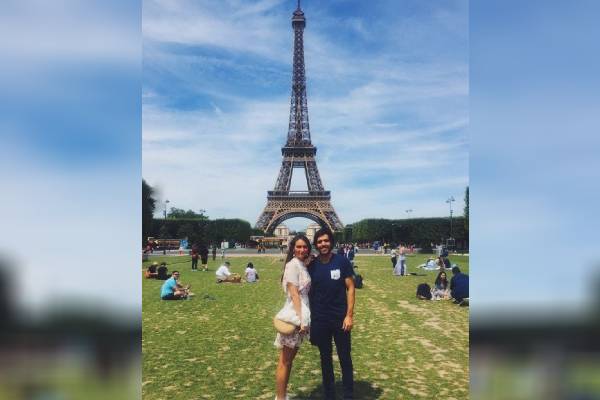 Javier and his rumored girlfriend Carmen have not shared any details of their children. Even if they had one already, the couples have decided to keep their kids away from the spotlight. However, the golf player gave us a glimpse of a kid through a post on his Instagram. He called him mini Seve due to which fans have speculated that Javier Ballesteros's son is named Seve Ballesteros Jr.