Kevin McAlpine is a familiar name in golf tournaments. He is often seen caddying for Scottish professional golfer Martin Laird. Moreover, the latter has won four PGA Tour events as of August 2021. He is also the first European winner of the Arnold Palmer Invitational.

The caddie is also associated with the Swedish professional golfer Anna Nordqvist. She is currently playing on the LPGA Tour and Ladies European Tour. Furthermore, Kevin McAlpine's wife, Anna, has three golf titles to her name. For instance, she recently won the 2021 Women's British Open on August 22, 2021.

Before his career as a caddie, Kevin McAlpine was a golfer himself. So, when and why did he change his career route; let's get to know in this biography.

The athlete was born on January 14, 1984, in Blairgowrie, Scotland, into a sports-loving family. Kevin McAlpine's father, Hamish McAlpine, is a retired soccer player who played for Dundee United from 1966 to 1986. He also helped his team win the Scottish Football League in the 1982-83 season.

Likewise, Kevin McAlpine's mother, Allison McAlpine, mostly raised him with his dad away playing professional soccer. Kevin also has a sister who likes to stay away from the limelight. Nonetheless, she must have been supportive of her brother's career. 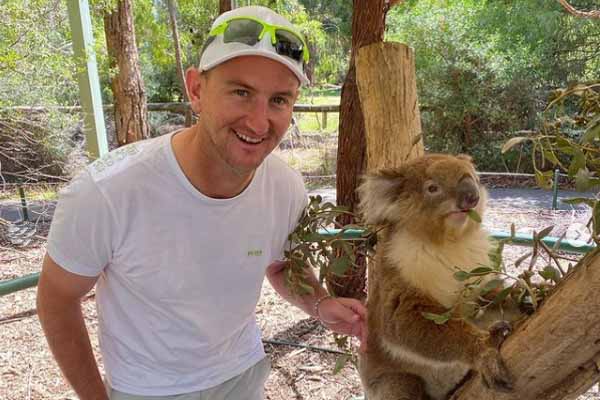 Kevin McAlpine was interested in sports from a young age as his father was a professional soccer player. Photo Source: Anna Nordqvist's Instagram.

McAlpine was passionate about sports from a young age. He established himself as one of the extraordinary players while attending Menzieshill High School. As a result, after completing school, Kevin received a golf scholarship from Colorado State University and enrolled there in 2002.

The golfer honed his skills and competed in numerous collegiate competitions. He was also majoring in Criminology and minoring in Liberal Arts. Eventually, he graduated with a Bachelor's degree in Liberal Arts and Sciences in 2006.

Kevin McAlpine Net Worth And Career

The caddie has been part of the sports industry for more than a decade. McAlpine has also caddied for some of the successful golfers over the years. So, Kevin McAlpine's net worth mainly comprises his income from his caddying job.

As for his golf career, the Scotsman played for two seasons after turning professional. He had a busy year in 2013 and played in numerous tournaments. Moreover, Kevin McAlpine's career earnings amounted to $3,431 (CAD$4,373) from the tournaments he participated in. He must have also earned a considerable sum from endorsements and brand deals.

Aforementioned, Kevin McAlpine began pursuing a career in golf in his college. He competed in three matches in Nelson and Sand Diego in his first year. Moreover, the golfer was one of the Colorado State University Rams members to play in six tournaments in 2003 - 2004. He ranked 18th in the Barona Collegiate Cup and 19th in the Ron Moore Intercollegiate.

The former pro golfer's best performance was at the Steve Kerr Invitational, where he scored 216 and finished in 6th place. He was the only Rams golfer to be selected to the 2005 All-Mountain West Conference team.

Furthermore, McAlpine was tied with teammate Aaron Weston for second place at the Irish Spring Invitational. He finished the season with a 73.50 career stroke average.

The golfer got his first Scottish Amateur title at Nairn in 2006. He won the David Blair Trophy by defeating Arthur Culverwell. In addition, the champion became stroke-play title-winner in Royal Dornoch in 2009. After that, he moved to become a professional golfer in 2010. 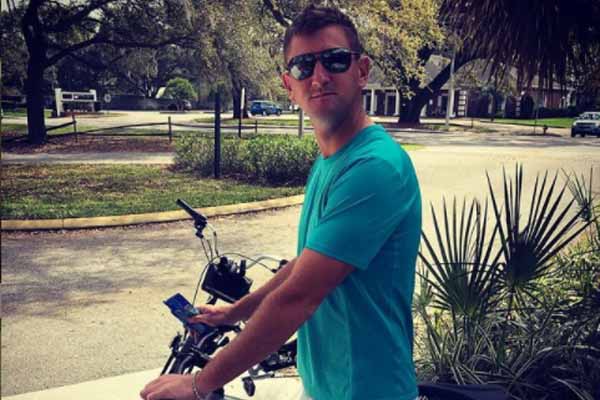 Unfortunately, Kevin tore his anterior cruciate ligament before becoming pro. It hampered him from establishing himself in sports. Nonetheless, the pro golfer participated in the 2012 PGA Tour. He finished the season with an average score of 75.

McAlpine then competed in the 2013 Mackenzie Tour in Canada. He made his career-high score of 287 in The Syncrude Boreal Open Presented by AECON. Additionally, the former amateur champion received around $606 (CAD $772.50) from the tournament. He also received approximately $2821.57 (CAD 3,600) from Wildfire Invitational.

The sportsman also began working as a professional caddie during his pro years. Eventually, he decided to end his golfing career and pursue a different career route.

Nonetheless, Kevin McAlpine's net worth must have risen over his years as a pro golfer.

After leaving the sports, Kevin McAlpine began working as a sales manager for Scottish Junior equipment brand Golphinforkids in 2016. During that time, he received a job offer from Scott Thompson to be a caddie for his daughter Lexi Thompson. As a result, Kevin teamed up with Lexi for the Bank of Hope Founders Cup.

During his time with Thompson, the former golfer supported her in many of her tournaments. Lexi won Indy Women In Tech Championship, Vare Trophy, etc., with him as a caddie. Sadly the pair parted ways in 2018 during the CME Group Tour Championship.

Afterward, McAlpine switched team with Amy Yang, a Korean professional golfer, in 2020. He caddied for her in the 2020 AIG Women's Open. In addition, he also supported Yang for other LPGA Tour competitions. 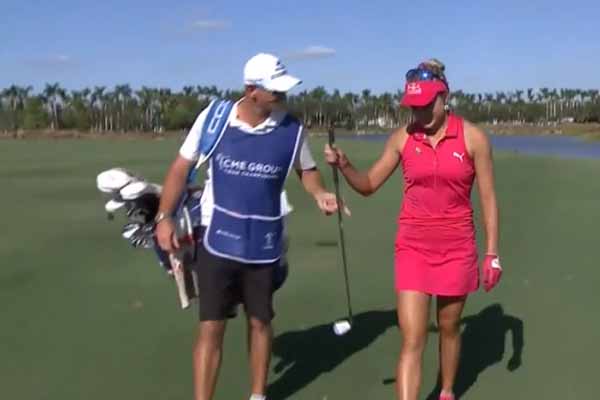 Eventually, the caddie joined Martin Laird in early 2021. However, it wasn't a first meet for the duo. Two decades ago, they had competed against each other in a Scottish Youths' Championship and later became teammates at Colorado State University.

Previously, Kevin had filled in for Laird's former caddie in 2020 for a short period. However, after becoming the latter's full-time caddie, McAlpine has begun to support him in various tournaments. He is currently helping Martin in a PGA Tour tournament, The Northern Trust.

Who Is Kevin McAlpine's Wife?

Apart from his career, the former pro golfer is also known for his relationship with Anna Nordqvist. They had been dating for a long time before getting engaged On December 13, 2018. Moreover, the caddie proposed to his then-girlfriend, Anna, during a skiing trip at Steamboat Springs, Colorado. The latter then revealed the news of their engagement on her Instagram account.

The couple had planned for a year and a half and set their wedding date to be July 11, 2020. However, due to the pandemic, they had to postpone their marriage.

Eventually, the pair tied the knot in March 2021 in a private ceremony in Silverleaf Country Club. Additionally, Kevin McAlpine's wife, Anna Nordqvist, plans to walk down the aisle in Scotland again in front of their family members. 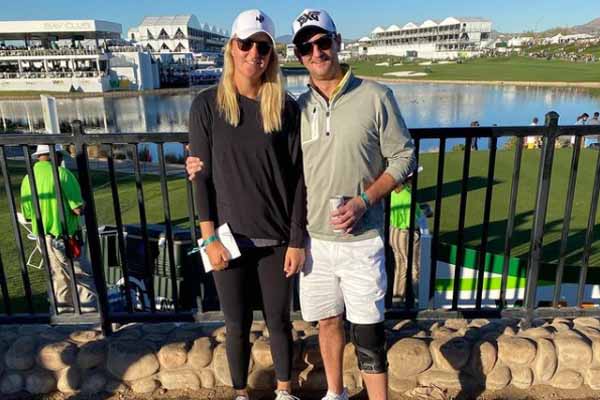 The duo is very supportive of each other's careers and also speaks highly of their partner's achievement in the interviews. Moreover, Anna Nordqvist's husband, Kevin McAlpine, never misses out on her match and cheers for her success.

However, Kevin isn't up to caddying for his spouse and keeps his professional and private lives separate despite the pair being in the same sports.

Nonetheless, we wish both Kevin McAlpine and his wife to succeed more in the future.