Johnny Weir Net Worth - Income From Skating And Now Commentating

Home Net Worth Johnny Weir Net Worth - Income From Skating And Now Commentating.

Johnny Weir has a net worth of $4 million. Image Source: Johnny Weir Instagram.

John Gavin Weir, aka Johnny Weir, is a former figure skater from the USA. The Pennsylvania native competed in several championships and tournaments in his professional career of over a decade. Currently, he works as a skating analyst.

In all these years of his skating career, Weir must have earned considerably. As a result, Johnny Weir's net worth is $4 million. Now, let's further explore how he earned such a huge fortune to his name.

Johnny Weir Net Worth And Earnings

As stated earlier, Johnny has established himself as one of the successful figures in figure skating. In addition, he is now a commentator for NBC Olympics. Looking at his involvement in multiple ventures, Johhny Weir's net worth of $4 million doesn't seem surprising. Thanks to his massive wealth, he is able to live a comfortable life.

Income As A Figure Skater

Weir was inspired by his dad, John Weir, to pursue figure skating. He was only 12 years old when he first learned how to skate. He initially tried out the jumps himself on roller skates in his family's basement. The little guy skated on ice for the first time when the cornfield behind his house froze over.

It was the 2006 Winter Olympics in Turin that proved the skater as a star. After that, he competed in several other competitions. In the 2010-11 and 2011-12 seasons, he took a break from competitive skating. Then, in January 2012, he announced his return and began participating in small tournaments. A year later, in October 2013, he announced his retirement.

Some of the athlete's career accomplishments are:

Also, look at the ten richest drummers along with their fortune.

Earnings As A Sports Commentator

As mentioned earlier, after retiring, Johnny started a new career. For the 2014 Olympic Winter Games, he joined NBC as a figure skating analyst. There, he teamed up with sports commentator Terry Gannon and Tara Lipinski. He worked with the latter during the women's events, while he commentated with Gannon during the men's events.

Johnny and Lipinski were a big hit and soon became a sports commentating team. Moreover, the retired skater also worked as a fashion commentator for Access Hollywood at the 86th Academy Awards, a few Kentucky Derby events, etc., with Tara. Moreover, they were also cultural correspondents for NBC Sports in 2016.

Talking about Weir's salary, in 2014, he received $65K as salary from NBC. The amount might have increased now, and he must be earning heftily. Therefore, Johnny Weir's net worth of $4 million seems plausible.

Aside from NBC, the two-time Olympian has also been featured on several shows, including Trading Faces, Access Hollywood, Lip Sync Battle, and Say Yes To The Dress. Likewise, his television appearances include The Rachel Zoe Project, When I Was 17, Rachel vs. Guy: Celebrity Cook-Off, and Kathy Griffin: My Life on the D-List.

Weir made it to the semi-finals of the 29th season of Dancing with the Stars with Britt Stewart. The dancing pair were the tenth couple to be eliminated. Since season 28, all the finalists were set to earn $295K at the end of the show. So, as a semifinalist, Weir and Stewart must have earned considerably. 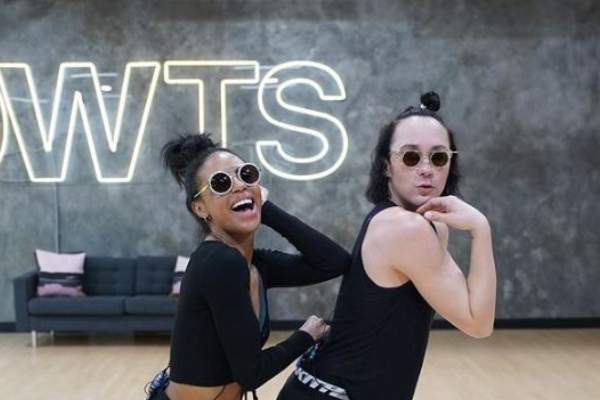 Johnny Weir reached semifinals of the 29th season of the Dancing With the Stars. Image Source: Johnny Weir Instagram.

In 2011, the NBC commentator released his autobiography Welcome to My World, available for $43.5 in paperback. Through the book, he officially came out. The book must have sold many copies, and he must have earned notably from its sales.

The Olympic figure skater was married to Victor Voronov. The ex-couple tied the knot on December 30, 2011. The former duo also took the new surname, Weir-Voronov. Everything seemed to be going well, but they started having problems.

In January 2014, Johhny Weir's then-husband filed a police report, alleging he had bitten him thrice. In February 2014, the skater filed for divorce, citing irreconcilable differences. Johnny's ex-spouse later claimed that he had removed several luxury items from their house.

In September 2014, Johnny Weir's former partner sued him for defamation. Finally, in November, the estranged couple settled their divorce. It was later revealed that the ex-duo agreed to sell their community property. Moreover, Johnny also got to keep a $20K Faberge egg.

As already mentioned, Johhny Weir's fortune is a whopping $4 million. The multi-millionaire must be enjoying a comfortable lifestyle.

Going through his Instagram, we can see that he travels to several places. Johnny might have a good collection of branded cars. He also shares pictures in designer clothes and shoes. 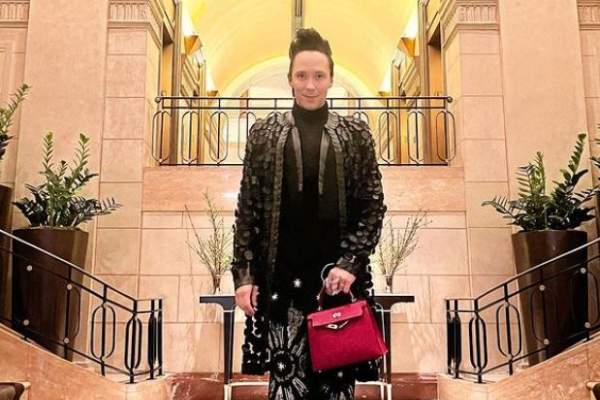 Moreover, the sports commentator's Delaware home was featured in MTV's "Cribs" program. Also, in March 2018, he revealed that he has been looking for a new house. In an interview, Weir disclosed that his dream home is the Hermitage or Versailles. He also shared that he was looking for his first home in rural Pennsylvania.

So, did Weir find his dream mansion? All in all, he seems to be living a luxurious lifestyle, all thanks to his staggering net worth of $4 million.

As he is still involved in his profession, Johnny's riches might increase in the coming days. Let's hope the former figure skater continues earning fame and fortune in his career.