Figure skating is one of the most fascinating sports in the world. Seeing people gliding on the ice and performing various jumps has entranced many over the years. As a result, the popularity of figure skating has been on the rise for ages, and many skaters have found fame due to their profession.

One such individual is the two-time Olympian, JoJo Starbuck. She is an American figure skater who won three nationals along with her partner. Apart from skating, JoJo has also tried her hand in other ventures. So, let's learn more about the skating champion in this biography.

The Olympian was born Alicia Jo Starbuck on February 14, 1951, in Birmingham, Alabama, US. JoJo Starbuck's parents, Alice Josephine Plunkett Starbuck and Henry Francis Starbuck Jr., might have been the reason why she began skating at a young age.

As per the obituary for JoJo's father, who died at the age of 54, she has a sister. But there has been no mention of Jojo Starbuck's sibling on any other site. Moreover, after her dad's death, the figure skater and her mother reportedly moved to Florida before settling in Southern California.

JoJo Starbuck was first paired with Kenneth Shelley in 1959 for a show, and they continued their partnership later. Both even attended Downey High School, where they performed lifts with the cheerleading squad. The duo later enrolled at Long Beach State College.

JoJo Starbuck Net Worth And Career

Aforementioned, the figure skater and her partner, Ken Shelley, continued to collaborate and went on to win numerous titles. Moreover, JoJo and Ken turned professional and performed at various events. Starbuck even appeared in multiple movies and television shows.

So, since she has tried on hand in several sectors, JoJo Starbuck's net worth must be substantial. Moreover, after retiring as a professional skater, JoJo has taken up the mantle of a coach.

JoJo Starbuck and Ken Shelley were trained by John Nicks and participated in many amateur competitions as children. Their first year in the senior competitions was fruitful as the duo qualified for the 1968 Winter Olympics. After this, the pair won the US Pairs Championships consecutively for three years, from 1970 to 1972.

After turning professional in 1972, the duo headlined Ice Capades for four years. JoJo also competed in several singles events but failed to achieve success similar to the paired events.

Nonetheless, JoJo Starbuck must have earned a significant amount in the process. And with her immense success, JoJo is also an inspiration for young skaters like Starr Andrews.

Earnings From Starbuck & Company And Other Ventures

Since retiring from the professional skating scene, JoJo has focused on helping other skating enthusiasts learn the skills. In addition, she has established Starbuck & Company, an events production group. Through the company, JoJo has directed shows for network television, produced corporate affairs, fundraising events, and private party entertainment.

Furthermore, JoJo produced the celebrated annual opening of The Rink at Rockefeller Plaza multiple times. She has been affiliated with The Rink since the 1990s and conducts the JoJo's Cool Workout Classes there.

Those interested can also participate in the One Day Adult Skating Camps. One can also book a private lesson from JoJo by paying $100 per hour. 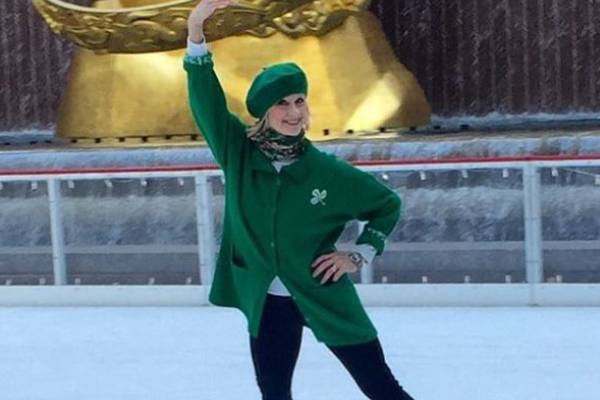 Additionally, JoJo has also starred in numerous movies and tv shows playing various characters. She only had small parts in projects such as The Cutting Edge, New York Stories, and The Girls in the Office. Nonetheless, the Olympian must have been paid handsomely for her service.

The American skating star is also a motivational speaker. She has been invited to share her experience as a professional skater and Olympian.

Seeing as she has succeeded in many fields throughout her career, there is no doubt that JoJo Starbuck's net worth is substantial. And with her conducting skating classes, we can expect her fortune to increase significantly in the upcoming days.

JoJo Starbuck Has Been Married Twice

Just like her professional career as a figure skater, JoJo Starbuck has also found happiness in her personal life. She is married to the love of her life, Jeffrey J. Gertler. The couple first met at a Fourth of July party in New York City in 1992. As per IMDb, the couple married in 1993 and have been enjoying their life since.

JoJo Starbuck's husband, Jeff Gertler, is an architect and the founder of Gertler & Wente Architects. The pair reportedly resides in Madison, New Jersey. 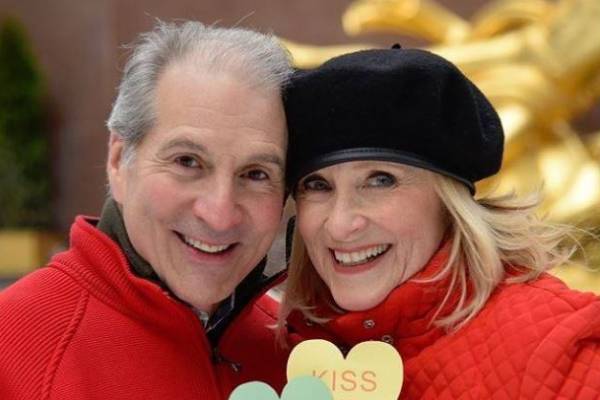 While JoJo found love in Jeff, she had to go through a failed marriage before. She was previously married to Terry Bradshaw from June 1976 to 1983. Their relationship was the talk of the town then because, like JoJo, Terry was also a star athlete.

JoJo Starbuck's ex-husband Terry is a former NFL player and the co-host of Fox NFL Sunday. JoJo was Terry Bradshaw's second wife. And after their divorce, the retired footballer tied the knot two more times and welcomed two daughters. Currently, he is married to Tammy Bradshaw.

JoJo Is A Mother Of Two Boys

Aforementioned, JoJo got married for the second time in 1993 to Jeff Gertler, and the pair have been together since. And the loving couple also welcomed two kids in their almost three decades of marriage.

JoJo Starbuck's children, Abraham Starbuck Gertler and Noah Starbuck Gertler are fraternal twins born in 1995. Both have already completed their college education and are now thriving on their respective career path. 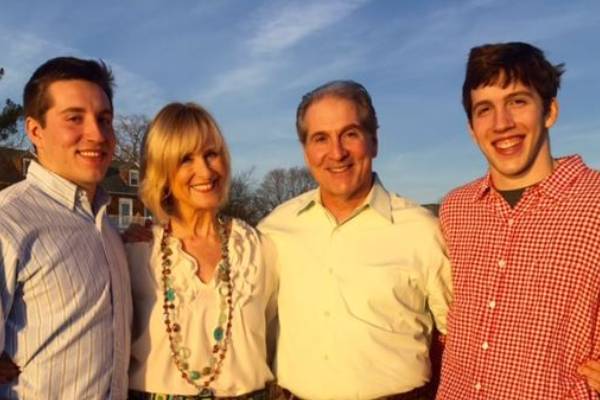 Abraham, aka Abe, studied at the Massachusetts Institute of Technology (MIT) and has completed his Master of Science in Fluid Mechanics: Mechanical Engineering from EPFL in 2021.

On the other hand, Noah studied Mechanical engineering at Vanderbilt University and is a treasurer at Engineers Without Borders. As per his Facebook, Noah has been dating Evie Elsbree since 2018.

JoJo Starbuck's sons have found success in their respective fields. And we hope to learn more about the Starbuck-Gertler family in the upcoming days.